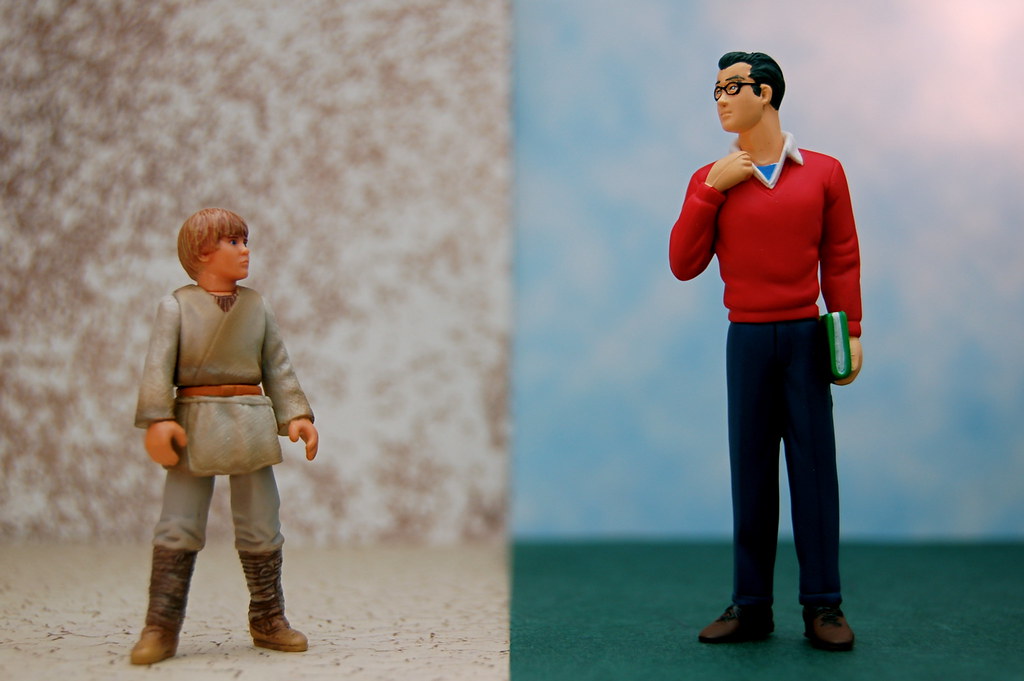 Anakin Skywalker: Young boy with special abilities who prepares to leave his desert home and journey to the great city planet of Coruscant to fulfill his destiny as a powerful protector of the galaxy, only to eventually become the evil Darth Vader.

Clark Kent: Young man with special abilities who prepares to leave his rural home and journey to the great city of Metropolis to fulfill his destiny as a powerful protector of the Earth, the superhero known as Superman.

Anakin and Clark have also been seen together here:

Anakin Skywalker vs. Clark Kent (340/365) by JD Hancock is licensed under a Creative Commons Attribution 3.0 Unported License. Permissions beyond the scope of this license may be available.