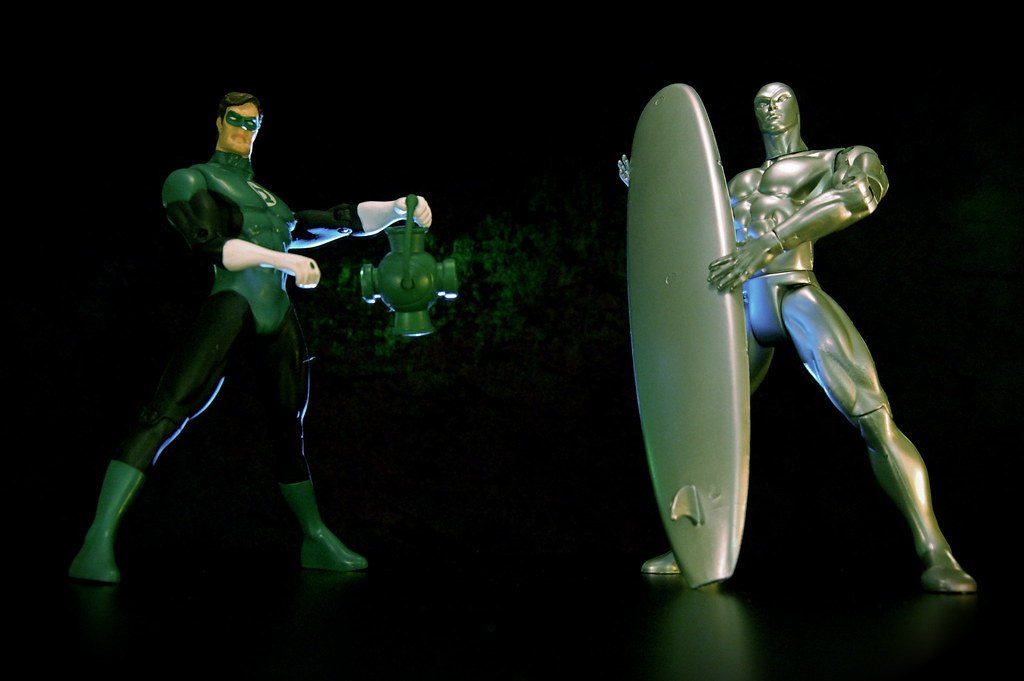 Silver Surfer: Norrin Radd, herald of the planet-eater Galactus, wielder of the Power Cosmic, responsible for surfing the cosmos for his master.

Green Lantern vs. Silver Surfer (59/365) by JD Hancock is licensed under a Creative Commons Attribution 3.0 Unported License. Permissions beyond the scope of this license may be available.