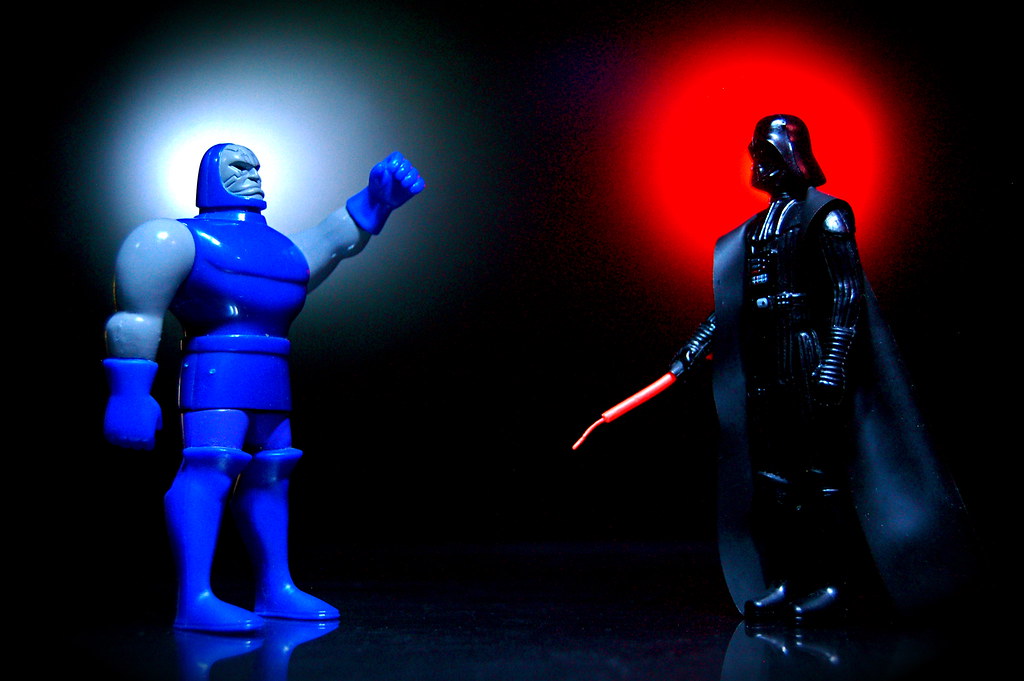 Darkseid: Powerful New God and absolute ruler of Apokolips who waged an epic battle against his heroic son Orion.

Darth Vader: Powerful Dark Lord of the Sith who waged an epic battle against his heroic son Luke Skywalker.

Darkseid vs. Darth Vader (171/365) by JD Hancock is licensed under a Creative Commons Attribution 3.0 Unported License. Permissions beyond the scope of this license may be available.