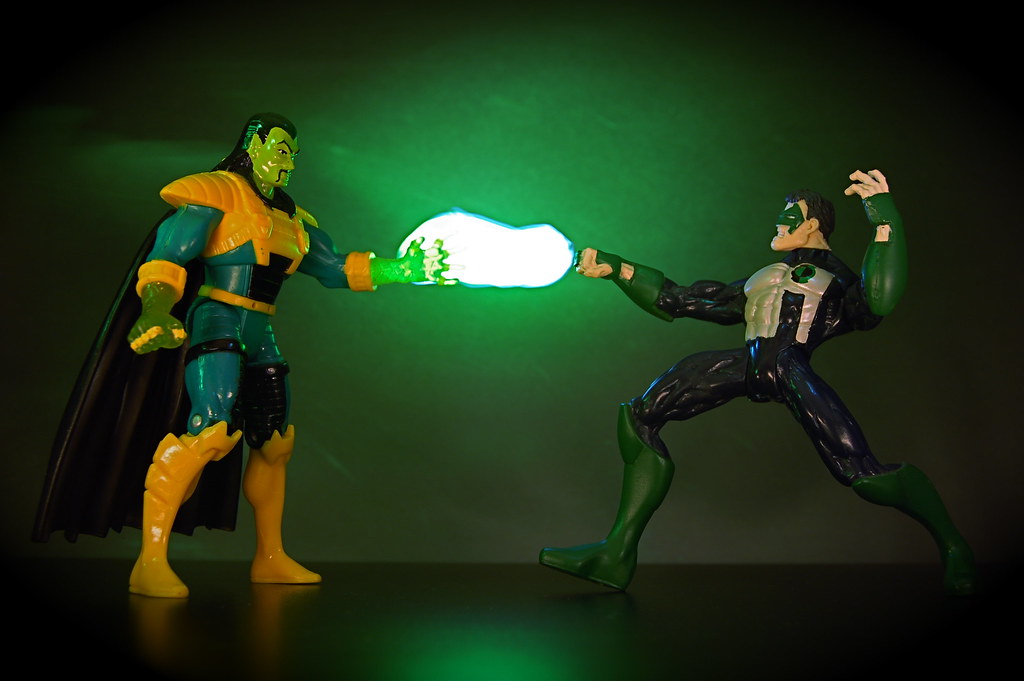 Mandarin: Archenemy of Iron Man who possesses ten energy rings from a derelict spacecraft, each with a different power that he can mentally control.

Green Lantern Kyle Rayner: Novice and (for a time) single member of the Green Lantern Corps wielding a power ring posessing power limited only by his imagination.

Mandarin vs. Green Lantern Kyle Rayner (209/365) by JD Hancock is licensed under a Creative Commons Attribution 3.0 Unported License. Permissions beyond the scope of this license may be available.