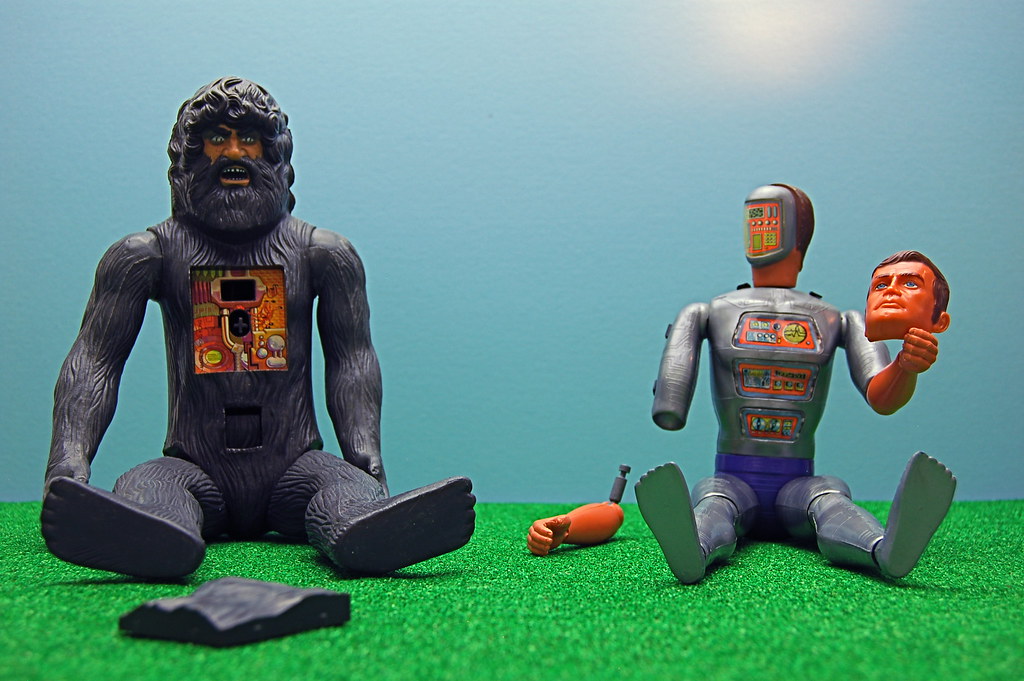 Bigfoot: Ape-like creature inhabiting forests, mainly in the Pacific Northwest region of North America, and who Steve Austin discovers is a robot built by aliens to protect them.

Maskatron: Android with removeable and replaceable limbs, master of disguise who impersonates agents of the government, and enemy of Steve Austin.

Bigfoot vs. Maskatron (210/365) by JD Hancock is licensed under a Creative Commons Attribution 3.0 Unported License. Permissions beyond the scope of this license may be available.