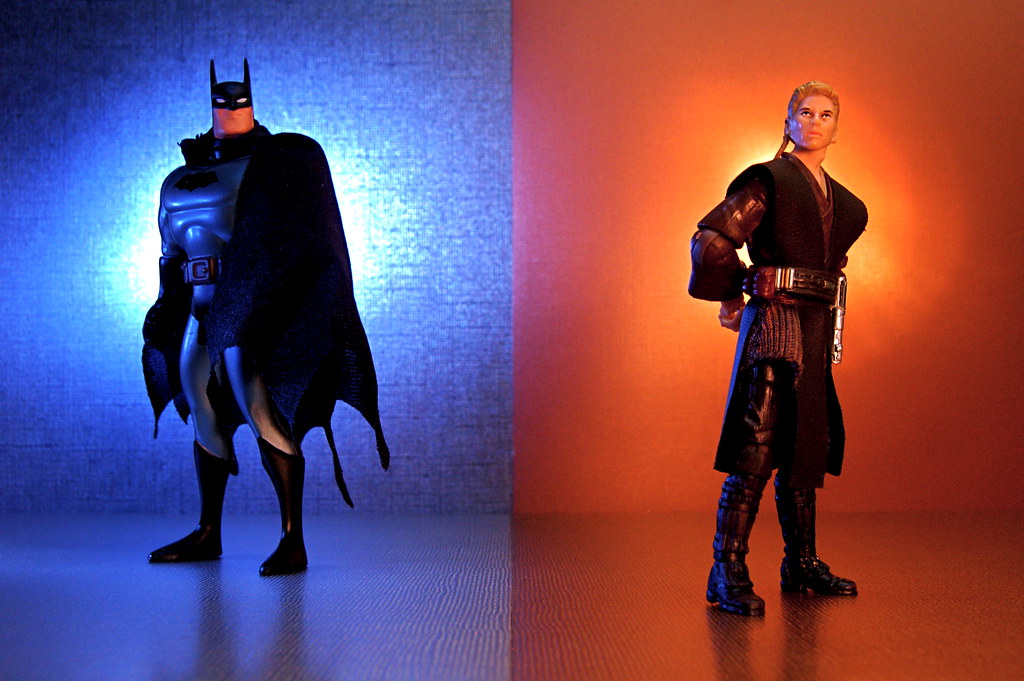 "The Bat-Man": Bruce Wayne, young billionaire playboy by day and dark vigilante by night who adopts a bat as his symbol in fighting crime and corruption in Gotham City.

Anakin Skywalker: Former Tatooine slave and the "Chosen One" of prophecy who serves as apprentice to Jedi Obi-Wan Kenobi, protects the Galatic Republic, and secretly loves Senator Padmé Amidala.

"The Bat-Man" vs. Padawan Anakin Skywalker (286/365) by JD Hancock is licensed under a Creative Commons Attribution 3.0 Unported License. Permissions beyond the scope of this license may be available.