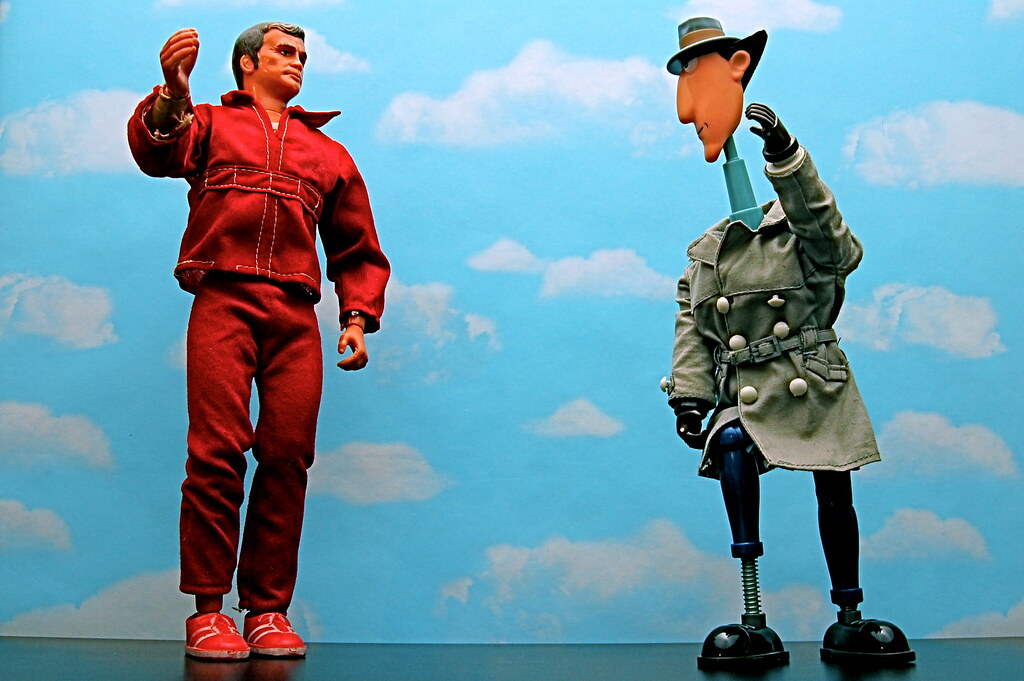 Steve Austin: Astronaut who barely survived the crash of his spacecraft and was "rebuilt" with cutting-edge technology, making him the world’s first bionic man: better, stronger, and faster.

Inspector Gadget: Simple-minded cyborg detective who fights the criminal organization M.A.D. with a seemingly endless number of built-in gadgets such as spring-loaded legs and a telescopic neck.

The Six Million Dollar Man and Inspector Gadget have also been seen together in these places:

Steve Austin vs. Inspector Gadget (338/365) by JD Hancock is licensed under a Creative Commons Attribution 3.0 Unported License. Permissions beyond the scope of this license may be available.