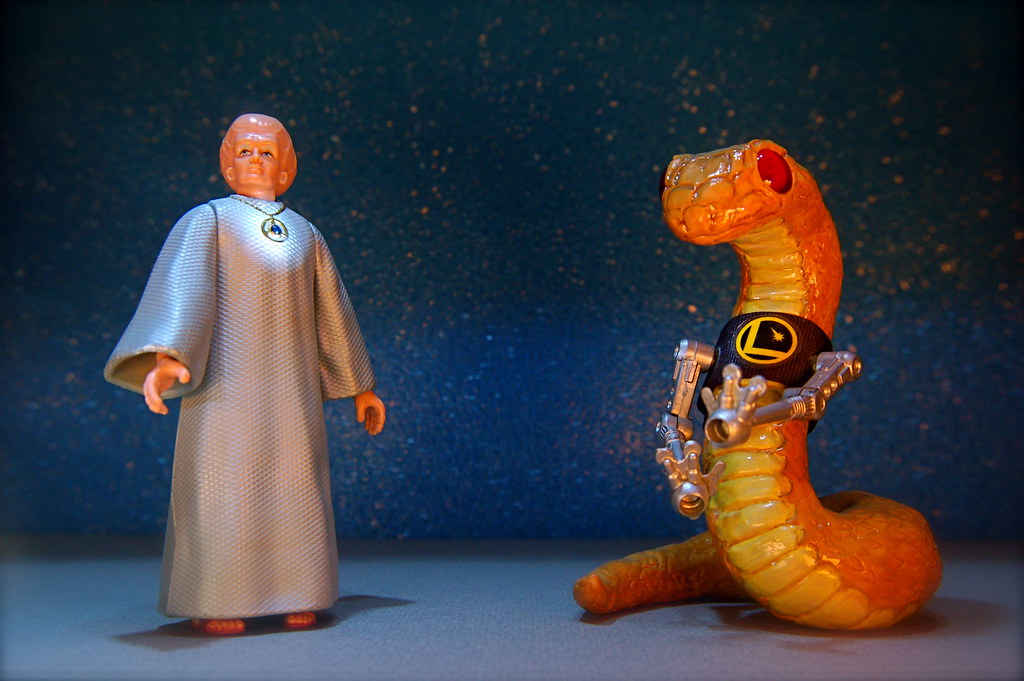 Keeper: Magistrate of a highly evolved race of telepaths living on the planet Talos IV in the 23rd century, capable of creating realistic illusions in the minds of others.

Sensor: Princess Jeka Wynzorr of the planet Orando and member of the Legion of Super-Heroes in the 30th century with the ability to detect and project illusions.

Sensor, sculpted by my wife from scratch, was featured in an issue of ToyFare magazine many years ago. The mechanical arms were borrowed and customized from an old Micronauts figure. Would you like to see more Cool Things My Wife Made?

Keeper vs. Sensor (141/365) by JD Hancock is licensed under a Creative Commons Attribution 3.0 Unported License. Permissions beyond the scope of this license may be available.