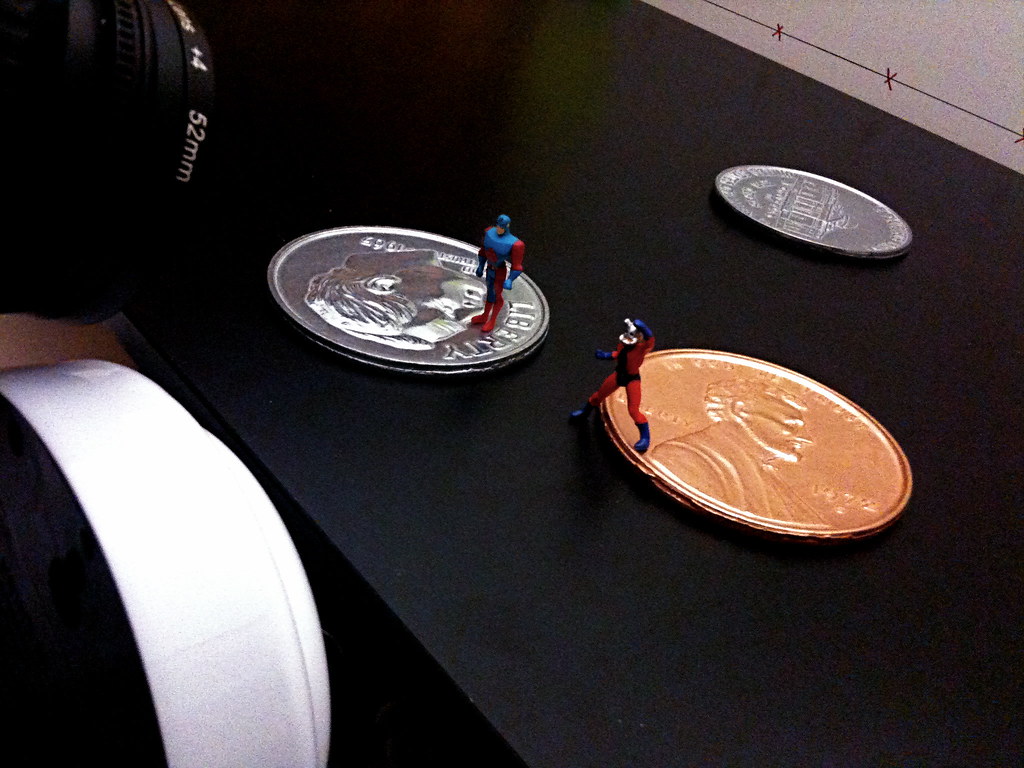 Unlike the vast majority of the Duel 365 photos, because of the angle chosen for this shot no backdrop was needed. The "floor" is simply the dark shelf that I use as a stage for most of my toy photography.

The figures stand on over-sized coins. See Atom vs. Ant-Man Setup Scale to get a better view of the scale.

The figures are lit with a single push-light to the right of the camera.

Above the scene a large circular diffuser (not shown) softens the ambient light in the room.

Atom vs. Ant-Man Setup by JD Hancock is licensed under a Creative Commons Attribution 3.0 Unported License. Permissions beyond the scope of this license may be available.