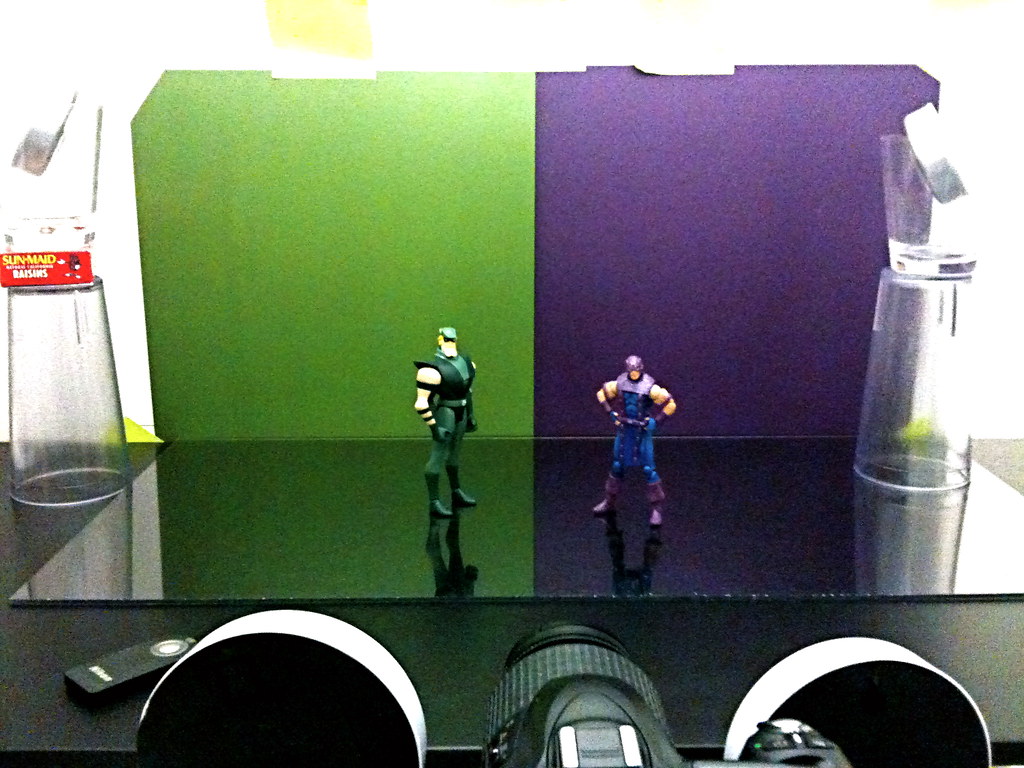 Posted to Flickr on 27 September 2010. Part of the Setup series.

This is the setup photo for Green Arrow vs. Hawkeye.

The backdrop is made of two slightly reflective sheets of scrapbooking paper. Both figures stand on a 1x2 foot sheet of acrylic and are front lit with push-lights on either side of the camera.

Each figure is backlit with a push-LED positioned behind them and pointed downward diagonally to create an arrow shape. The push-LEDs are held in place with clear plastic cups.

Green Arrow vs. Hawkeye Setup by JD Hancock is licensed under a Creative Commons Attribution 3.0 Unported License. Permissions beyond the scope of this license may be available.