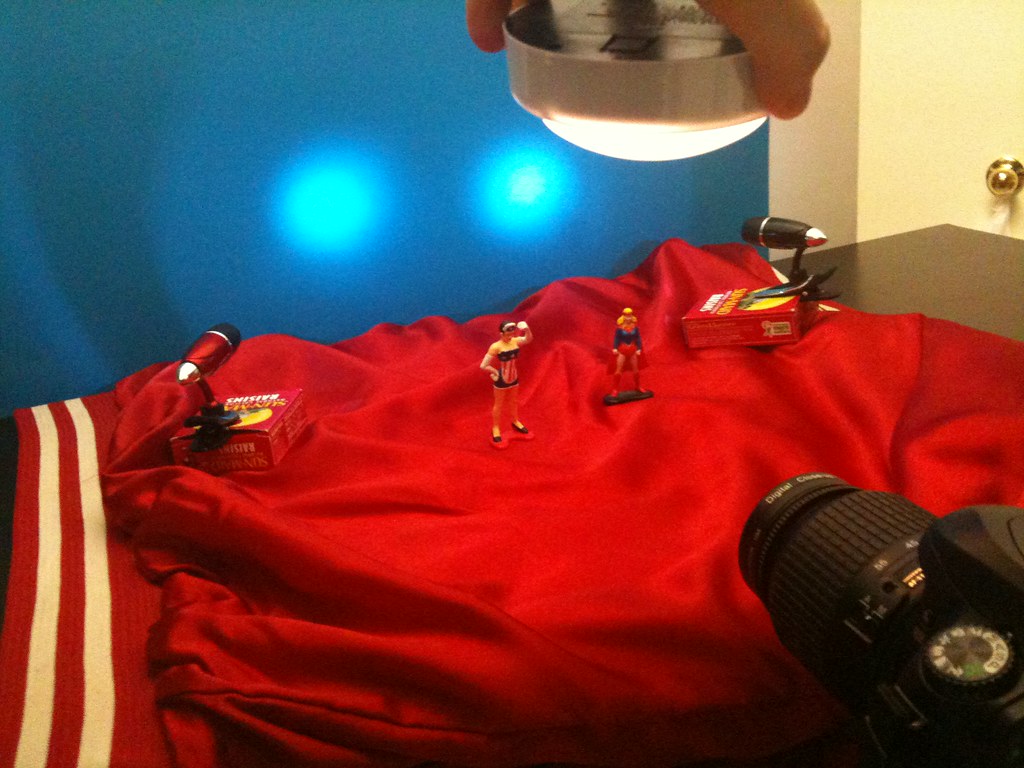 The setup for American Maid vs. Supergirl was pretty typical, except for the red jacket I used for the terrain. I wanted something that would obscure the black base Supergirl stands on.

The backdrop is blue posterboard. Small LEDs mounted on raisin boxes provided the halo effect. I gave the figures a little extra light with a battery-powered push-light I held above them. As is typical for me, a large diffuser was positioned above the entire scene (not shown).

Side note: This jacket is from my high school, whose colors were red and white. If you knew me in those days, you should recognize this jacket.

American Maid vs. Supergirl Setup by JD Hancock is licensed under a Creative Commons Attribution 3.0 Unported License. Permissions beyond the scope of this license may be available.