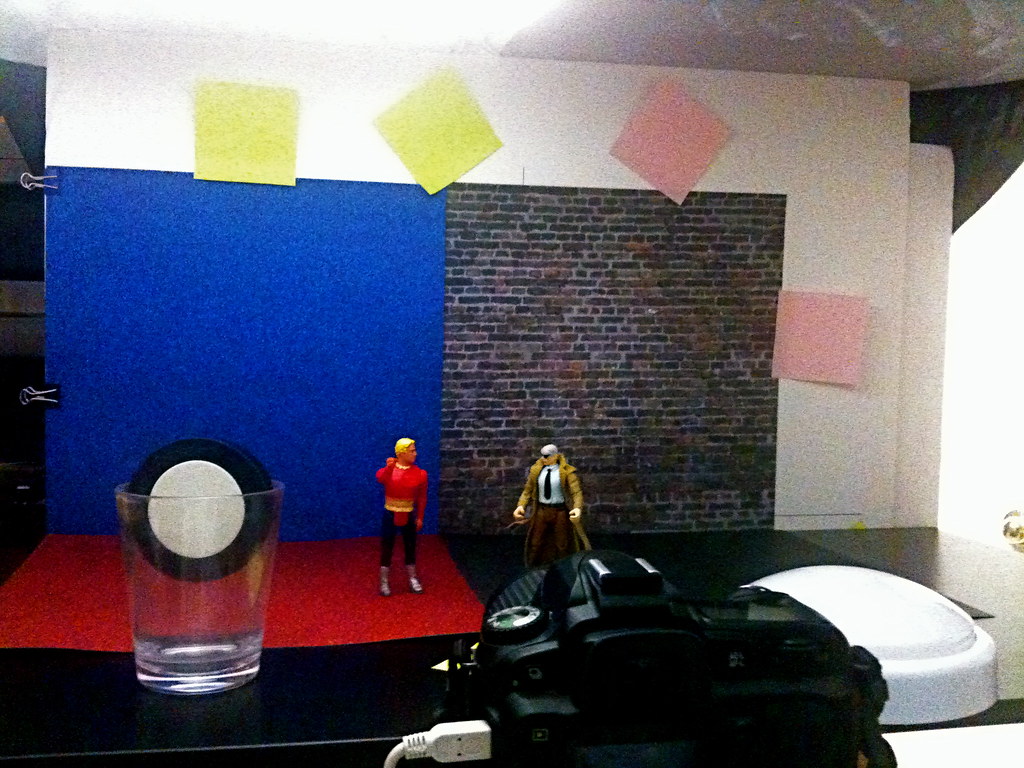 Posted to Flickr on 07 September 2010. Part of the Setup series.

This is the setup photo for Flash Gordon vs. Commissioner James Gordon.

The backdrop is made with two pieces of scrapbooking paper: glittery blue on the left and a brick print on the right. They are attached to foamboard behind the figures with binder clips and sticky notes. Each figure is also standing on scrapbooking paper as well: glittery red under Flash and a dark print under the Commissioner.

The figures are lit with a single push-light to the right of the camera. Additionally, Flash is back-lit with a push-LED in a clear plastic cup.

Flash Gordon vs. Commissioner James Gordon Setup by JD Hancock is licensed under a Creative Commons Attribution 3.0 Unported License. Permissions beyond the scope of this license may be available.