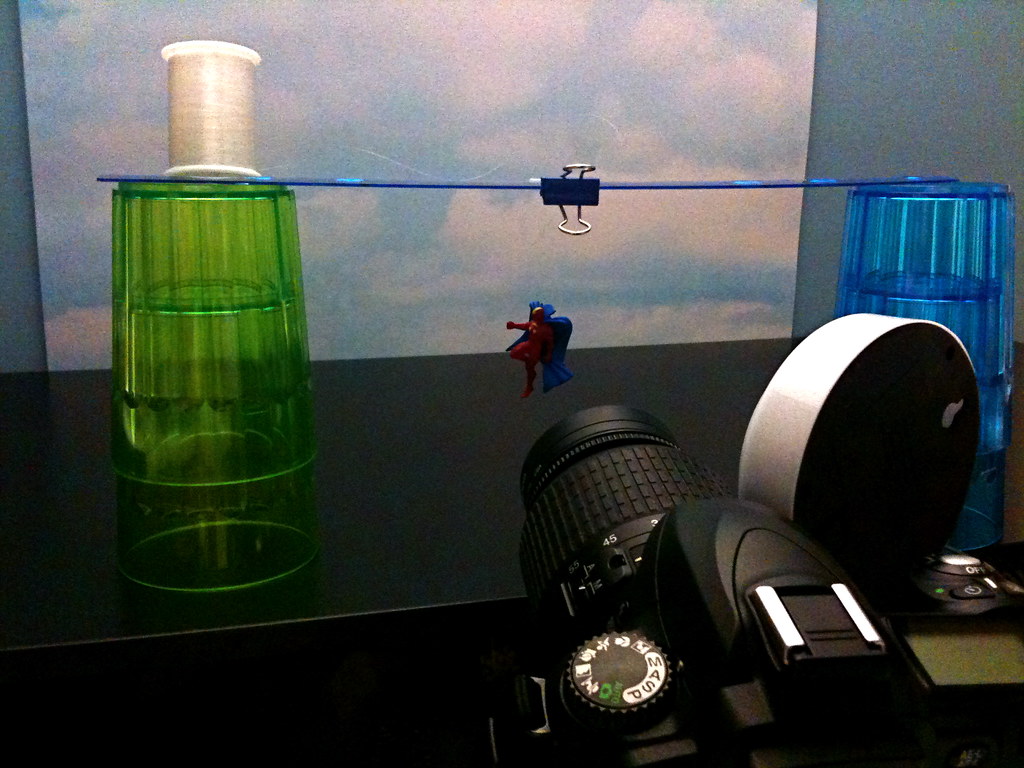 R Is For Red Tornado Setup

Here’s how I set up the R Is For Red Tornado photo.

Similar to my recent Chewbacca photo, here Red Tornado is suspended from a ruler balanced on some cups. He hangs from invisible thread, which barely shows against the light-colored backdrop: a poster with clouds. A push-light provides soft light on the figure, and a circular diffuser (not shown) is mounted above the scene.

The most difficult part of the shoot was getting the figure to stay put and not spin around in circles. In the past I’ve solved this problem by using two strings, but I wanted to try it this time with just one.

I post-processed the image in iPhoto, including using the Retouch tool to "blur" the invisible thread.

R Is For Red Tornado Setup by JD Hancock is licensed under a Creative Commons Attribution 3.0 Unported License. Permissions beyond the scope of this license may be available.