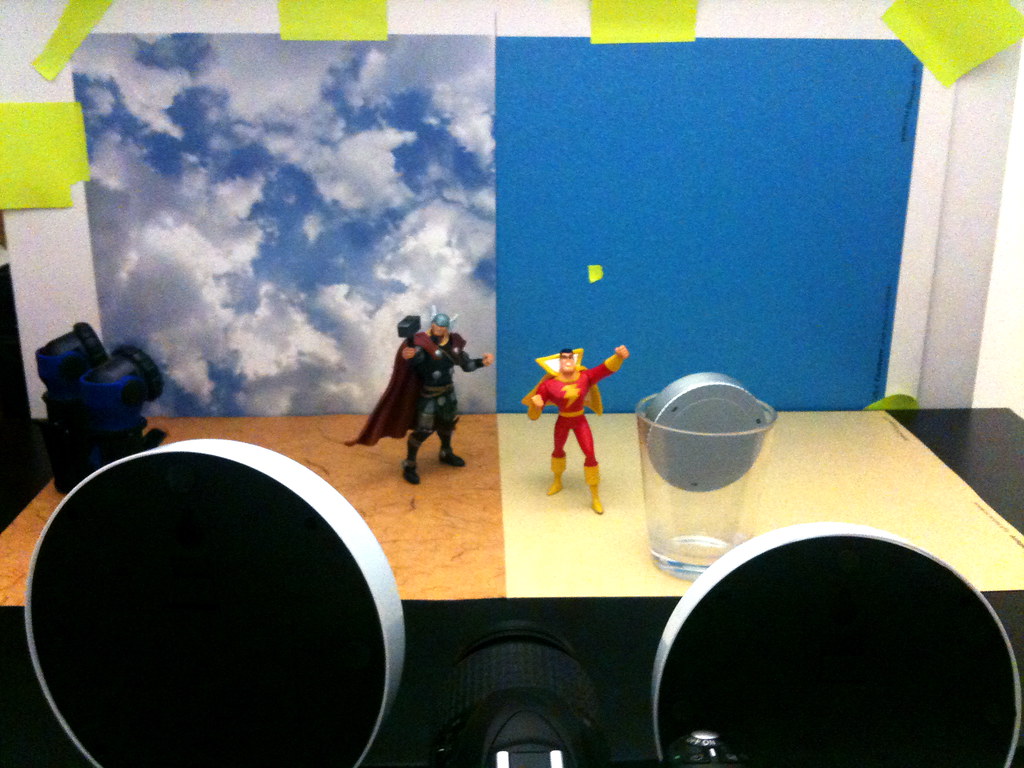 This is the setup photo for Thor vs. Captain Marvel.

The figures are lit with push-lights mounted on clear plastic cups on either side of the camera. A "sun" appears behind Thor by using two small flashlights. Captain Marvel is back-lit with a push-LED mounted in a clear plastic cup. A small sticky note on the blue backdrop helps determine where to aim the push-LED behind Captain Marvel.

Thor vs. Captain Marvel Setup by JD Hancock is licensed under a Creative Commons Attribution 3.0 Unported License. Permissions beyond the scope of this license may be available.