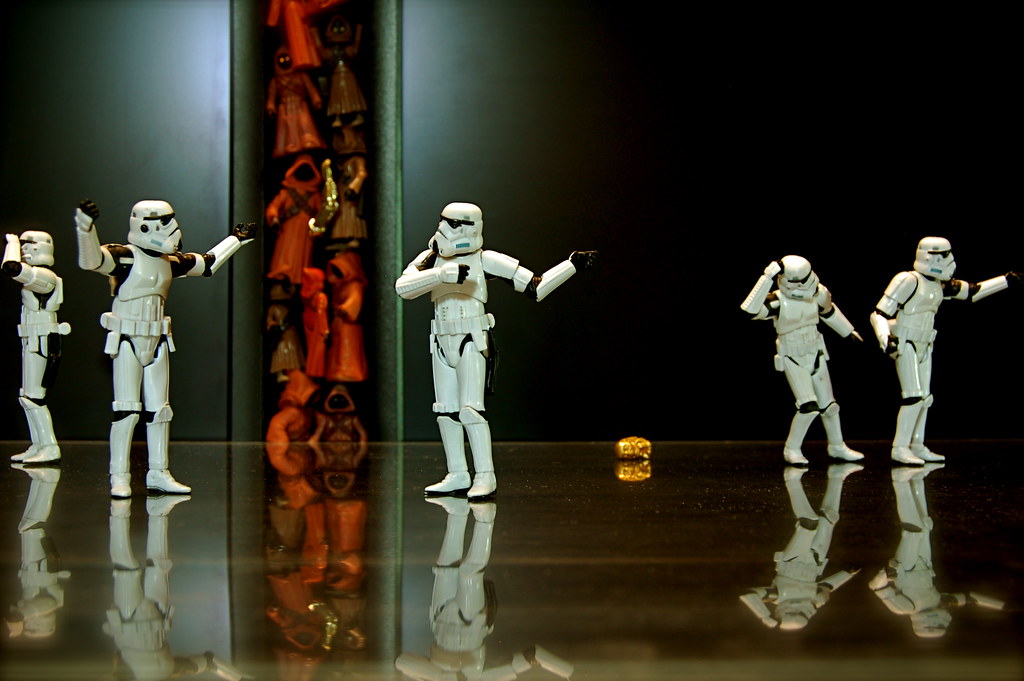 Posted to Flickr on 15 October 2009. Part of the Stormtroopers series.

The Jawas employ their talent of concealment to elude the stormtroopers as they attempt to flee from the Death Star ….

"Where did they go?"

"I’m not sure, but these guys say there’s free dessert in the mess hall right now, so we’re thinking maybe we should look that way."

Part of my Jawas On The Death Star and Stormtroopers series.

The Jawas have also been hiding here:

Ninjawas by JD Hancock is licensed under a Creative Commons Attribution 3.0 Unported License. Permissions beyond the scope of this license may be available.