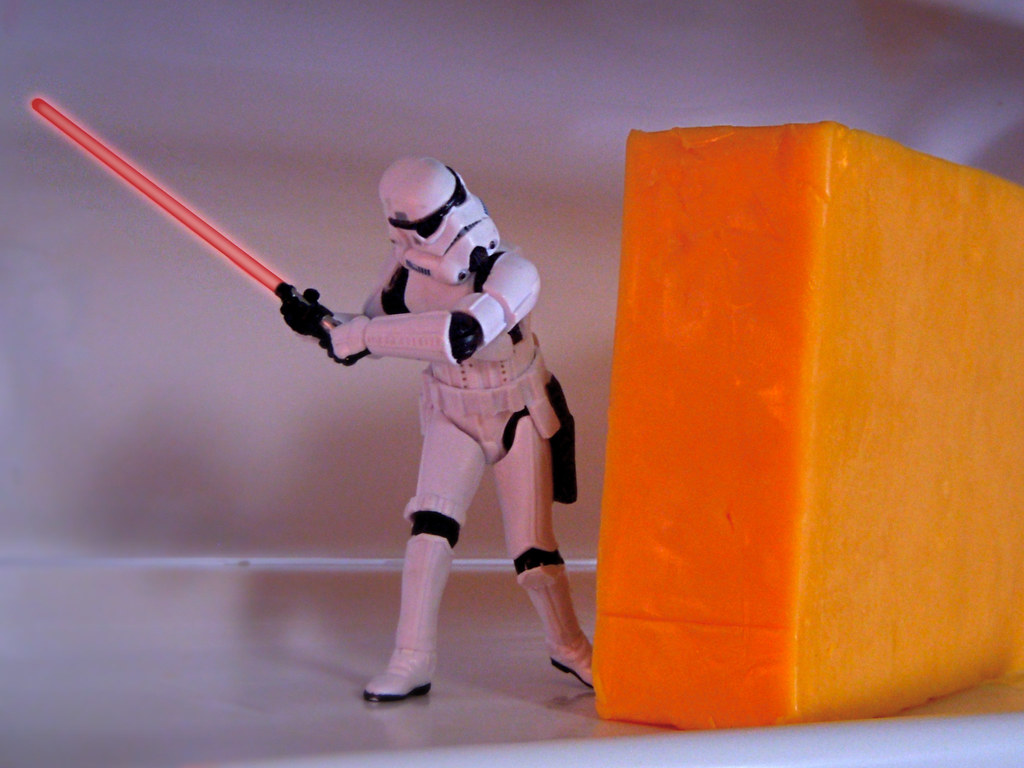 Posted to Flickr on 08 July 2009. Part of the Stormtroopers series.

I took this photo in the door of my refrigerator and post-processed it to add the lightsaber glow effect.

This stormtrooper has also been seen swinging a lightsaber here:

Cutting The Cheese by JD Hancock is licensed under a Creative Commons Attribution 3.0 Unported License. Permissions beyond the scope of this license may be available.