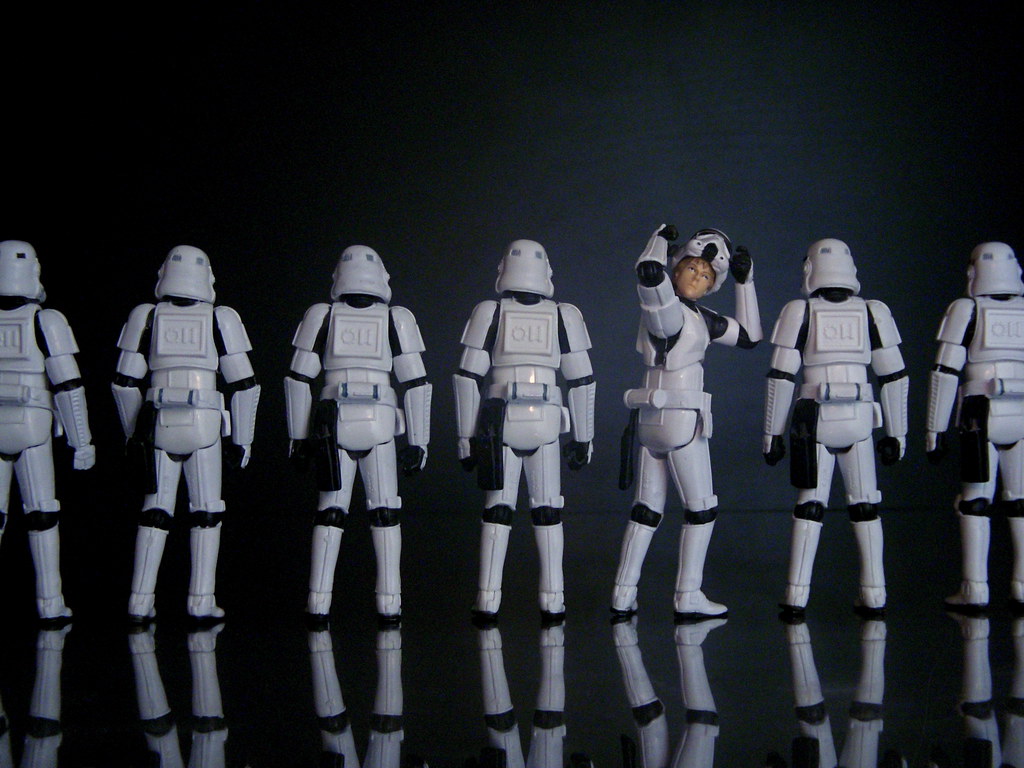 Posted to Flickr on 10 July 2009. Part of the Stormtroopers series.

One of these troopers is not like the others ….

I was invited by a fellow Flickr photographer to contribute a photo to a Flickr group called The Thematorium which, as the name implies, requires contributors to submit a photo around a certain theme. At the time I submitted this photo, the theme was “repetition.”

Of course the idea of “a bunch of guys that all look the same” runs through much of my photography, especially my stormtrooper photos, so it was not difficult for me to come up with something about “repetition.” I love repetition. I really love repetition.

After this photo was posted it was correctly pointed out to me by several Star Wars fans that Luke should be shorter than the stormtroopers.

Luke Alike by JD Hancock is licensed under a Creative Commons Attribution 3.0 Unported License. Permissions beyond the scope of this license may be available.