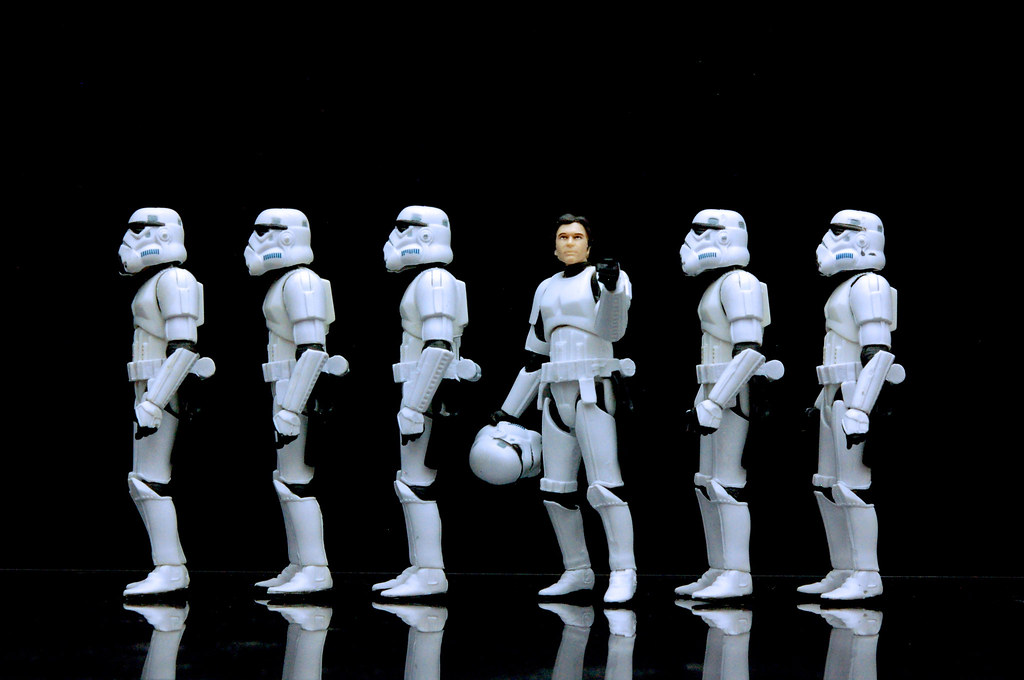 May The 4th Be With You

Posted to Flickr on 04 May 2013. Part of the Stormtroopers series.

My kitchen serves as my photography studio. 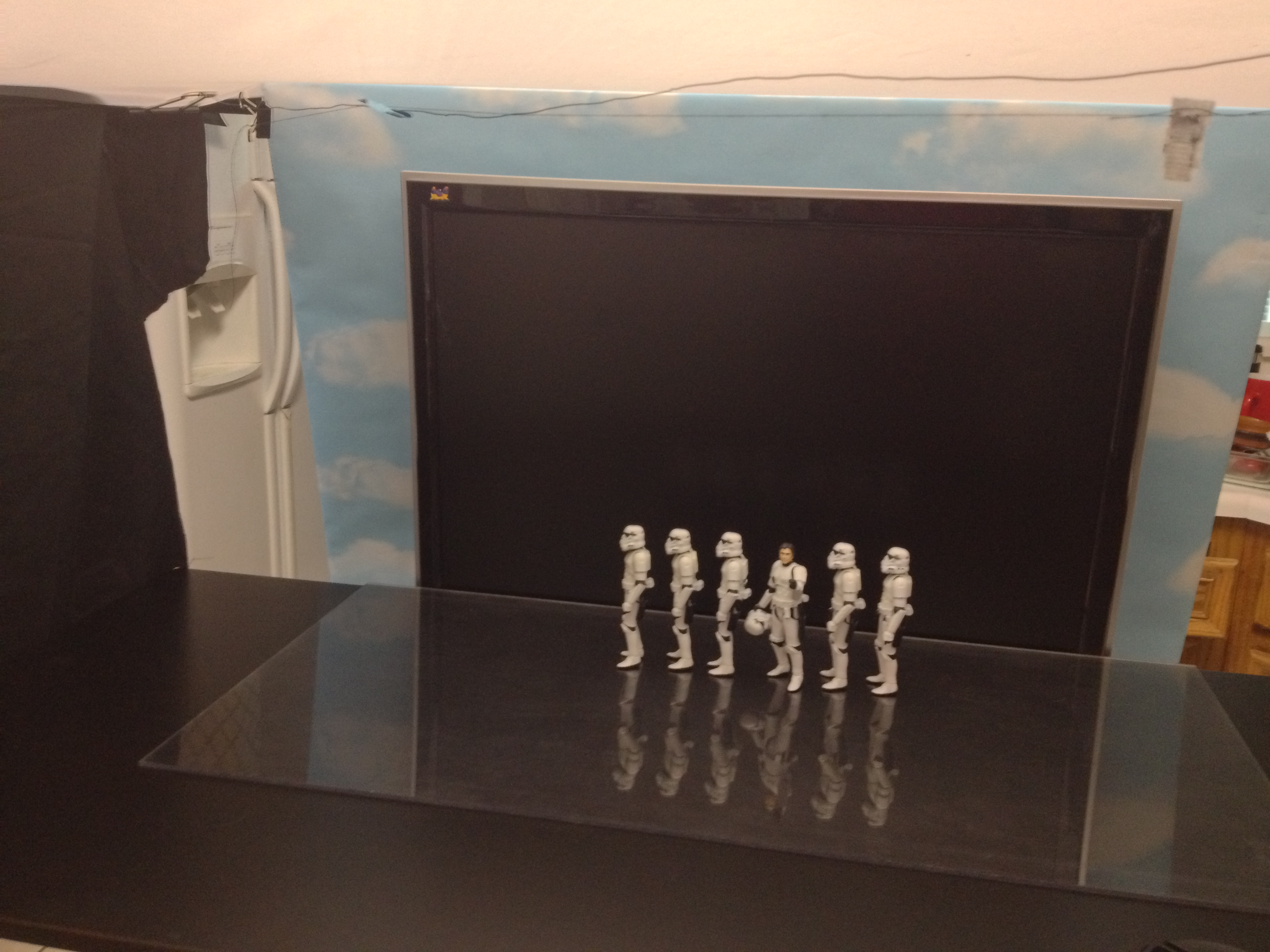 The figures are standing on a sheet of clear acrylic which was placed on the old black shelf that I frequently use as the base of my photo setups. The shelf is elevated by a couple of boxes from the pantry.

My camera is mounted on a Gorillapod. The macro lens is too heavy for the Gorillapod, so the lens is propped up by two clear plastic cups.

Above it all is a large circular diffuser that I often use for my tabletop photography. The light is provided by the ambient light in the kitchen. No additional lighting was needed.

I draped a piece of black fabric on the left side of the scene in order to block sunlight from coming through the kitchen window. 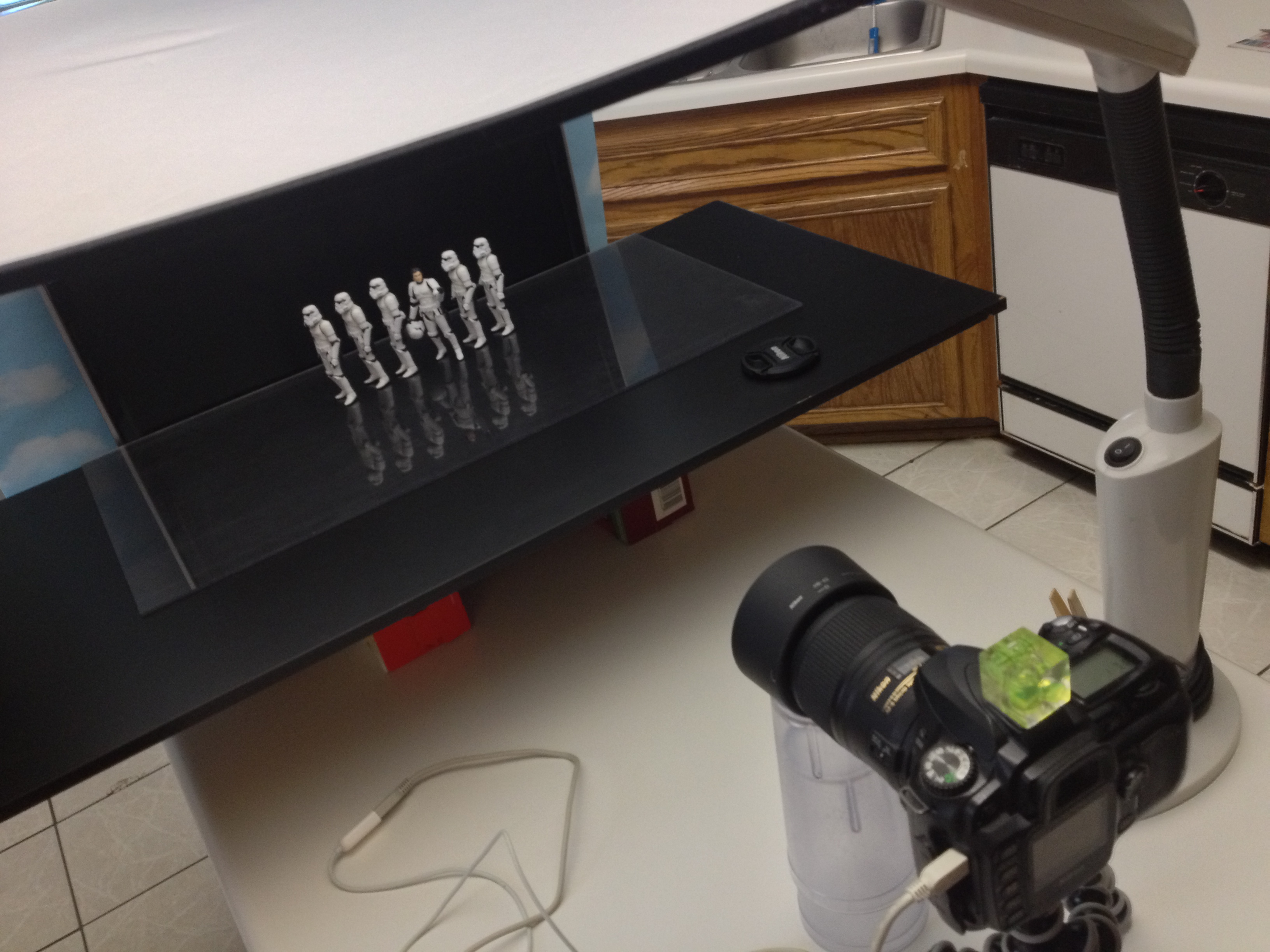 The figures are arranged in a row on top of the acrylic sheet to provide a reflection. In the process of arranging them, I knocked them over more than once in domino rally fashion.

In the background is an old broken computer monitor that I often use for stormtrooper background shots.

At first I considered using only four figures for this photo. 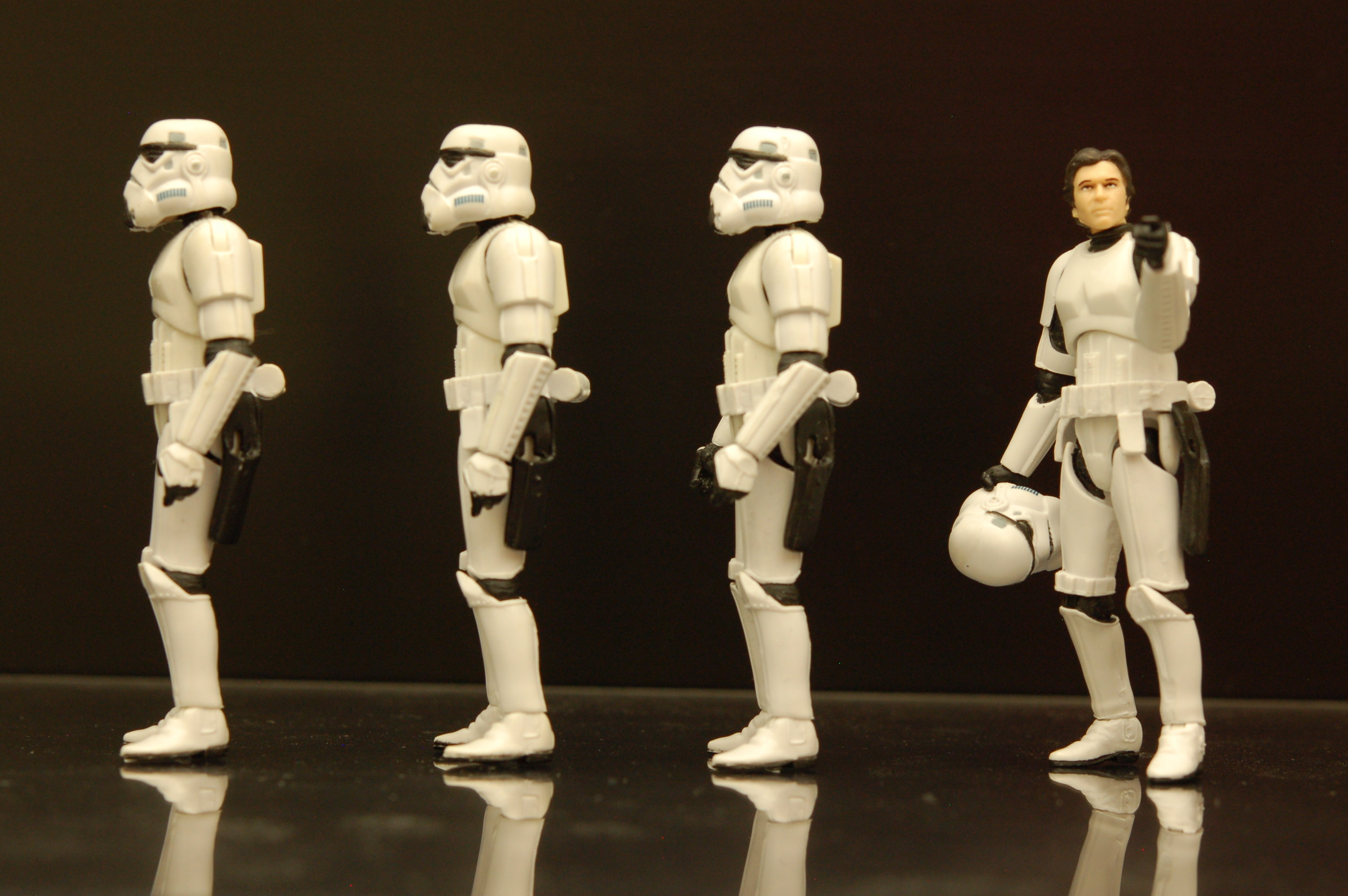 Han and the stormtroopers have also been spotted here:

May The 4th Be With You by JD Hancock is licensed under a Creative Commons Attribution 3.0 Unported License. Permissions beyond the scope of this license may be available.