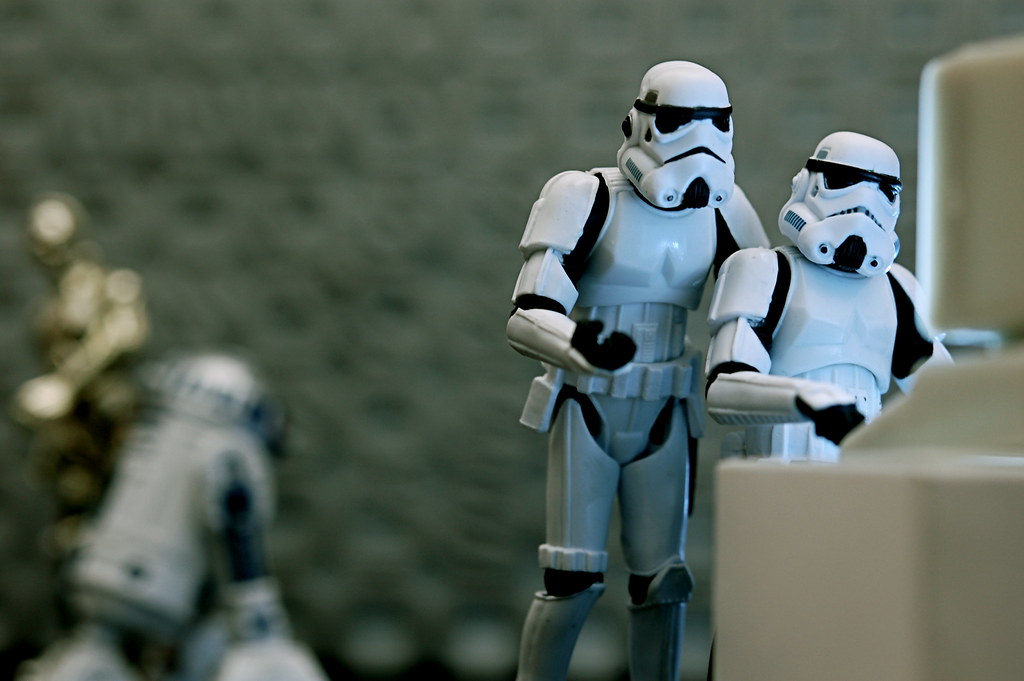 "The Death Star plans are not in the main computer."

Posted to Flickr on 18 June 2011. Part of the Stormtroopers series.

"Yeah, but check it out. They’ve got games on here!" 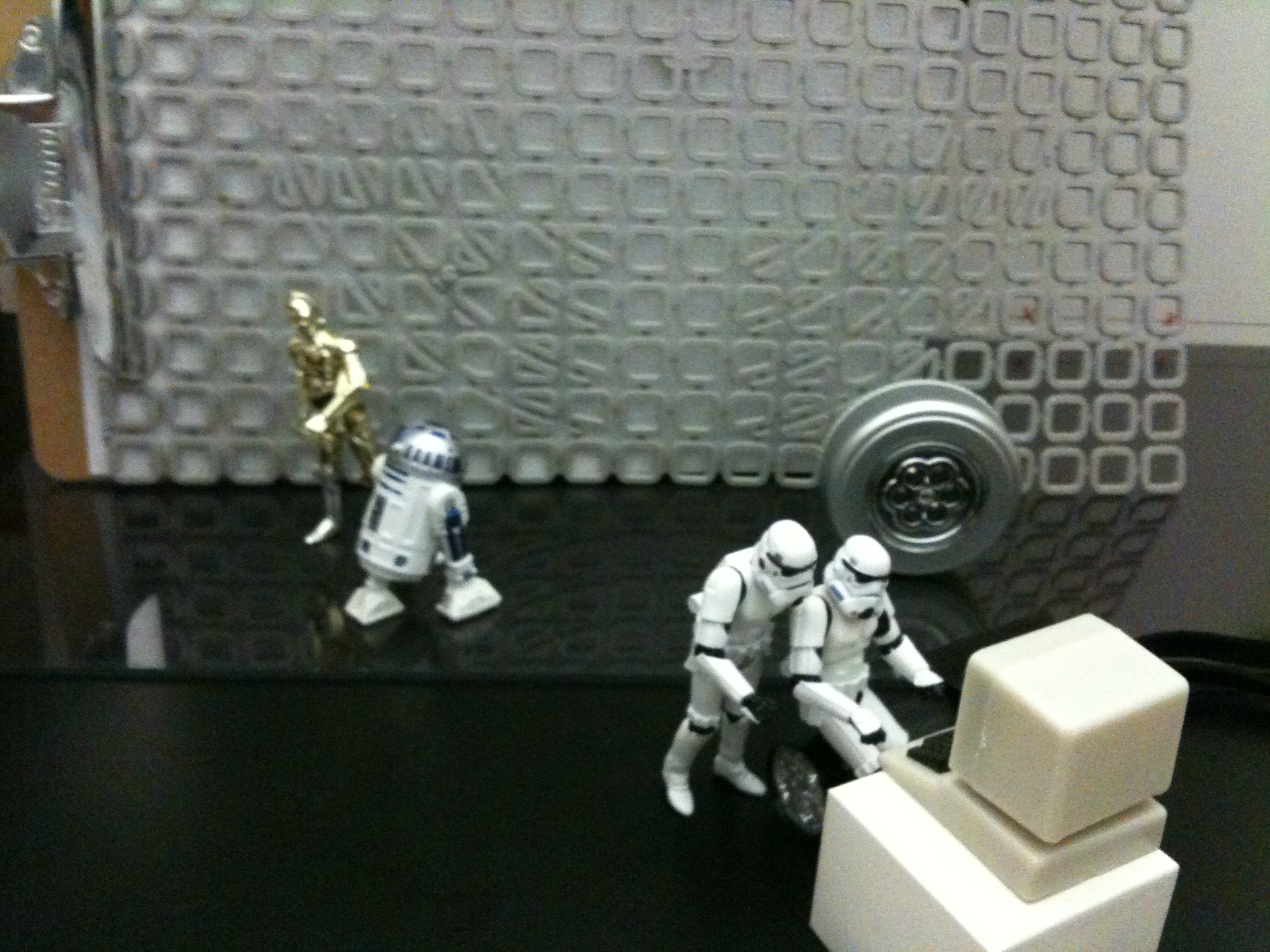 The backdrop is a weird placemat my wife Leslie found somewhere. The seated stormtrooper is sitting on an unused flashlight. The blue light from the computer is actually coming from the push-LED behind them; its light is reflected off the computer screen.

I also tried a different composition (and slightly more confused stormtrooper), but I prefer the original because of the space between the stormtroopers and the droids. 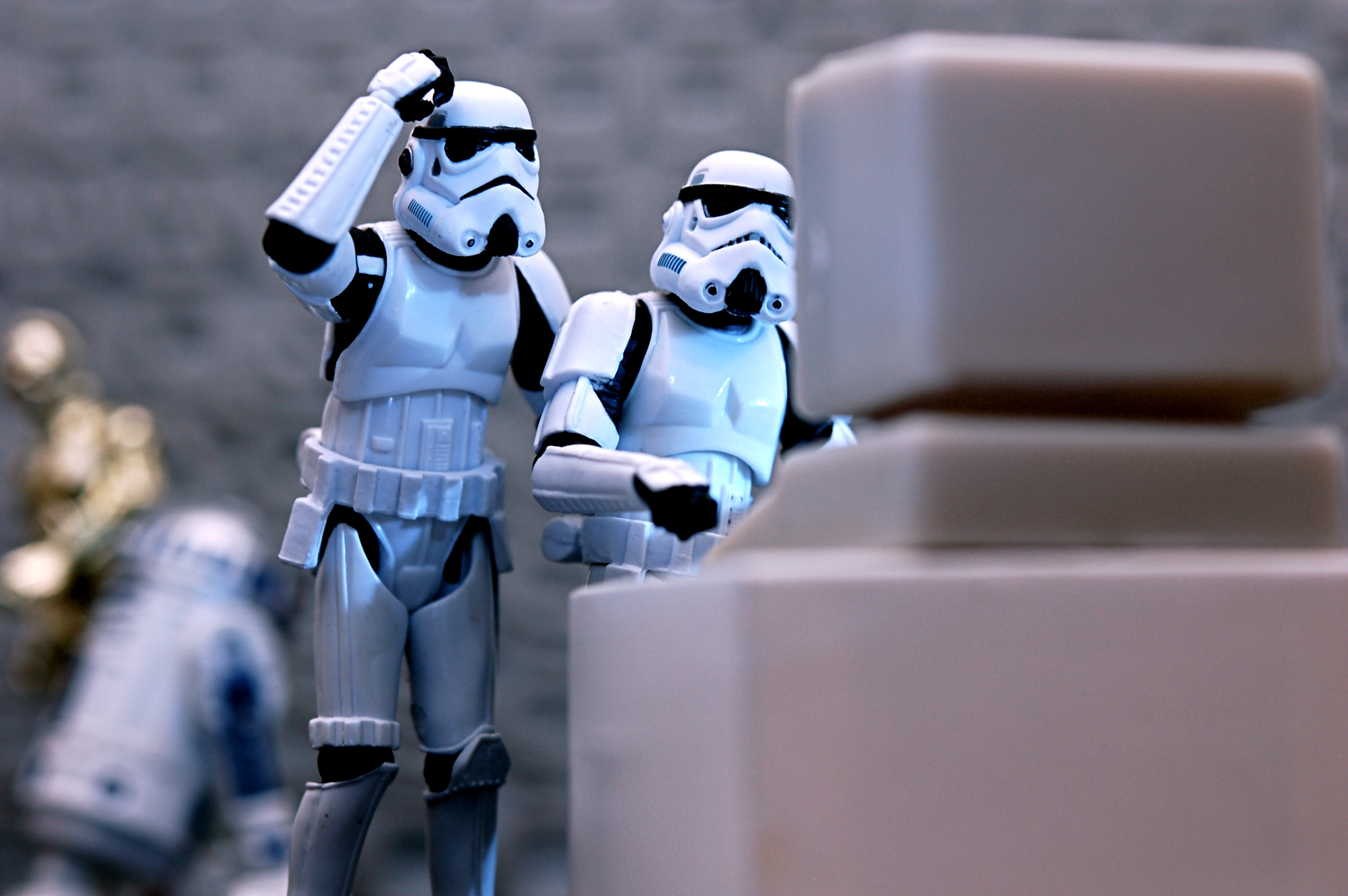 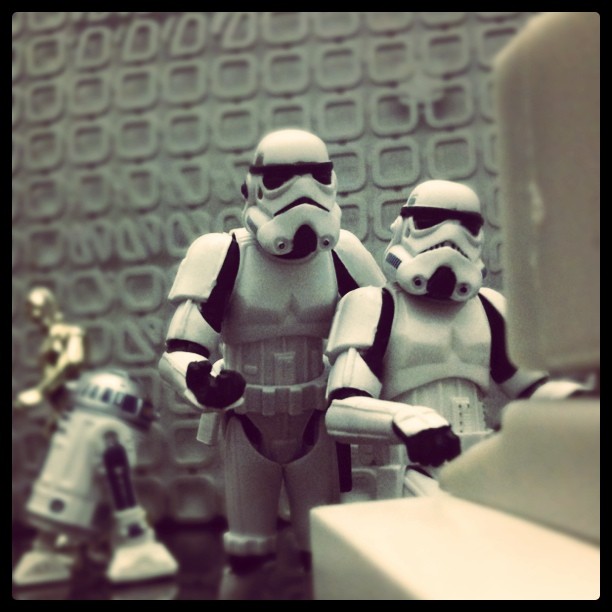 These stormtroopers have been spotted searching the main computer in these locations as well:

"The Death Star plans are not in the main computer." by JD Hancock is licensed under a Creative Commons Attribution 3.0 Unported License. Permissions beyond the scope of this license may be available.