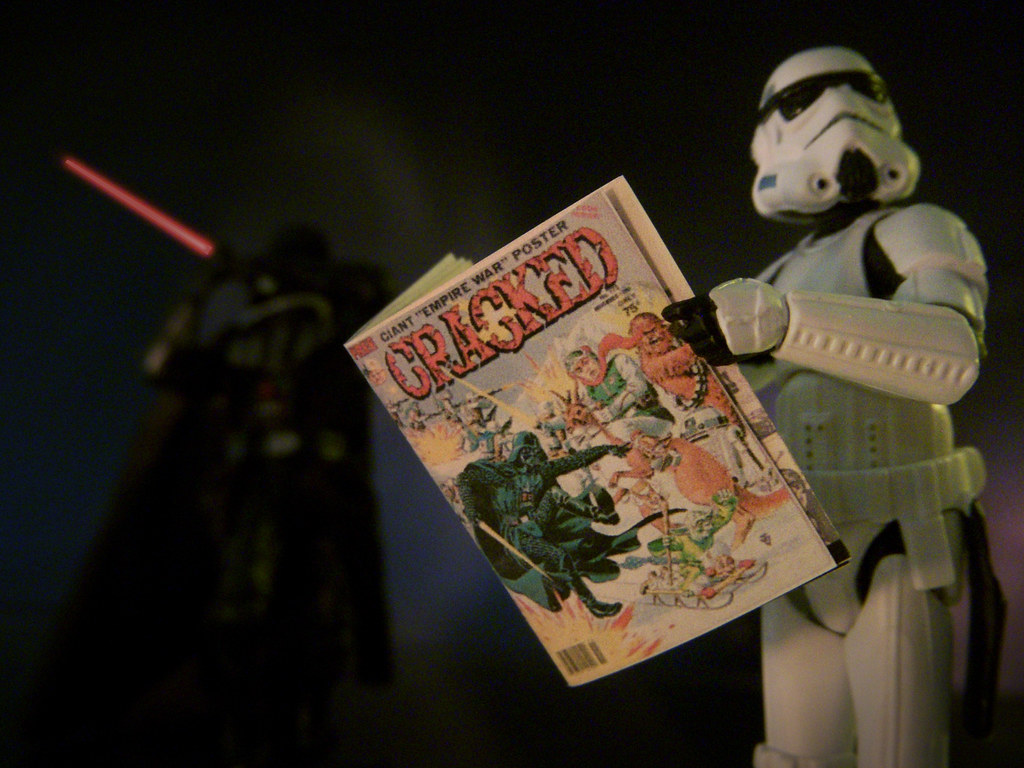 Posted to Flickr on 17 June 2009. Part of the Stormtroopers series.

"Have you guys seen the latest issue of Cracked? ‘The Empire Strikes Out!’ Hilarious! Hey, guys, where you going?"

This unfortunate stormtrooper has also been spotted reading Cracked here:

Unwise Crack by JD Hancock is licensed under a Creative Commons Attribution 3.0 Unported License. Permissions beyond the scope of this license may be available.