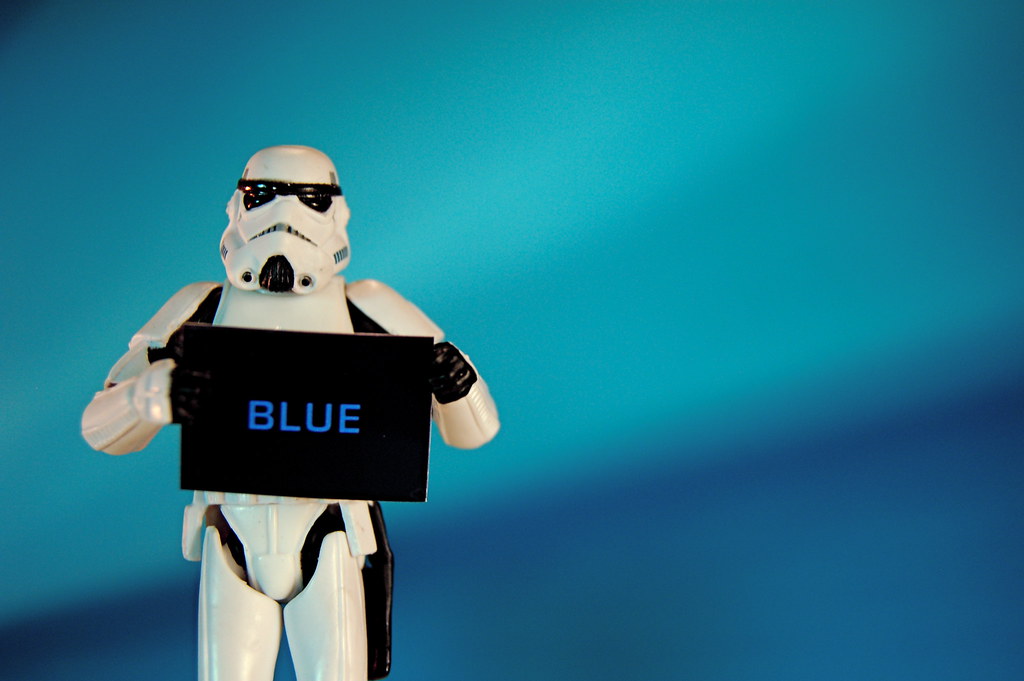 Posted to Flickr on 07 August 2009. Part of the Stormtroopers series.

"Chapter five of your Art Appreciation text covers the topic of ‘blue.’ Cadets, let’s talk about this troubling color."

"Blue is color that is more diverse than you might imagine; it can be found everywhere. Many of the Empire’s most beautiful planets have blue skies and therefore blue oceans. What else can we think of? A blue hologram, a blue ribbon, a blue harvest, a blue moon, a blue shadow virus, a blue bird, a blue … well you get the idea. The list is so long, it’s practically endless, and in an orderly world, is that really what we want?"

"The color blue is also one of frustrating contraction. For example, blue is often used to symbolize peace, harmony, and idealism, the sorts of qualities embodied by the great galactic Empire. However, many of the ancient Jedi Order bore blue weapons."

"So … is blue good, or is it bad? This one is hard to call, cadets. I must admit, it’s a bit of a stumper. In that light, my advice to you is this: if you get confused about the color blue, don’t let it get you down."

Today’s lesson: We’re stormtroopers, and we don’t get blue.

Part of my Stormtroopers and Imperial Art Appreciation series.

Class is also in session here:

Imperial Art Appreciation: Blue by JD Hancock is licensed under a Creative Commons Attribution 3.0 Unported License. Permissions beyond the scope of this license may be available.