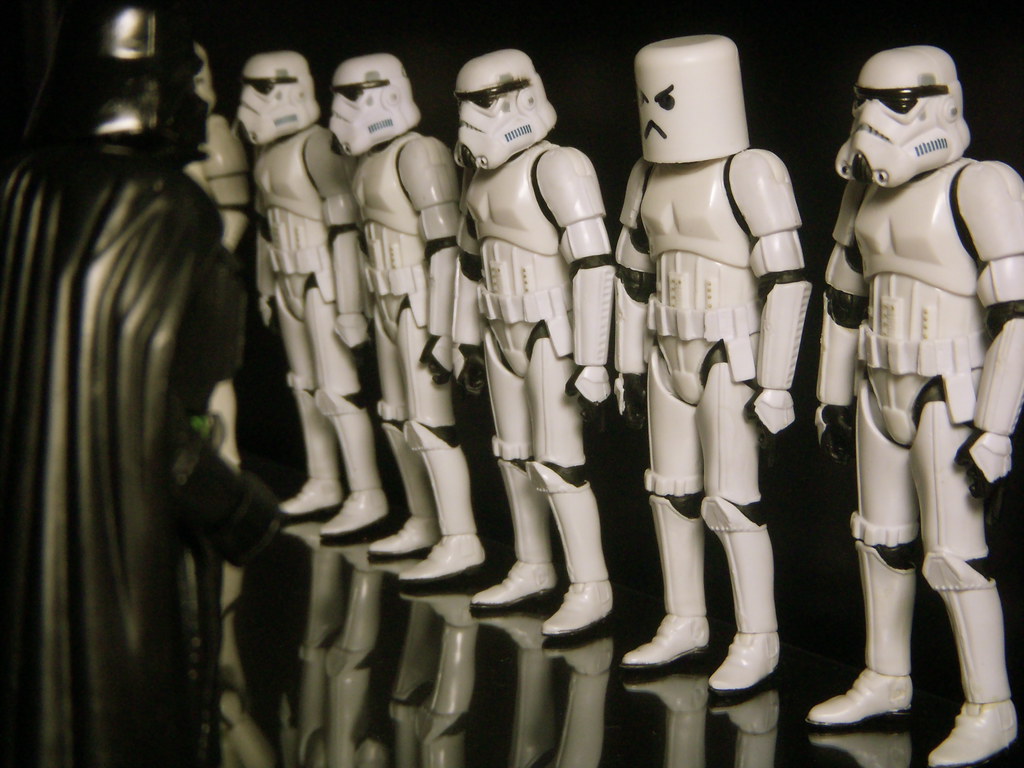 Posted to Flickr on 04 June 2009. Part of the Stormtroopers series.

Someone misplaced his helmet this morning ….

Even if Darth Vader doesn’t notice, this stormtrooper has been noticed over here too:

( Maybe He Won't Notice ) by JD Hancock is licensed under a Creative Commons Attribution 3.0 Unported License. Permissions beyond the scope of this license may be available.