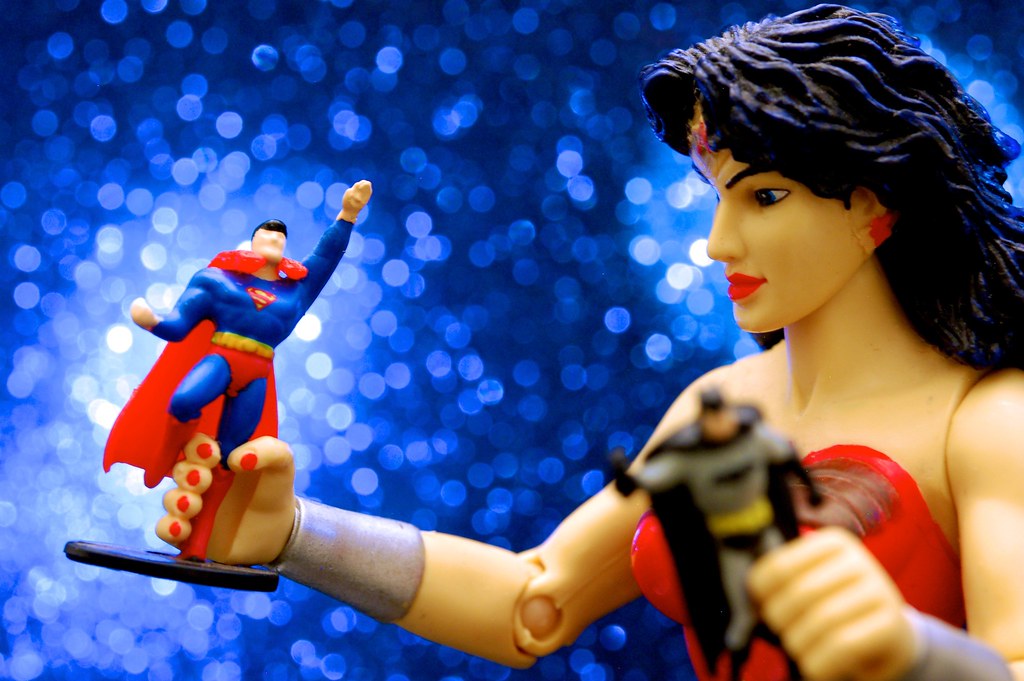 Toying With The Men

Posted to Flickr on 13 January 2014. Part of the Laugh! series. Funny is fun.™ Included in my Portfolio.

Photo submitted to the Flickr group Macro Mondays for the “Toys/Games” theme.

I took the photo for the Flickr group Macro Mondays weekly theme of “Toys/Games.”

I initially had a tighter focus on Wonder Woman and the small Superman which created larger bokeh, but I decided to go for smaller bokeh so that it was easier to see the small Batman. 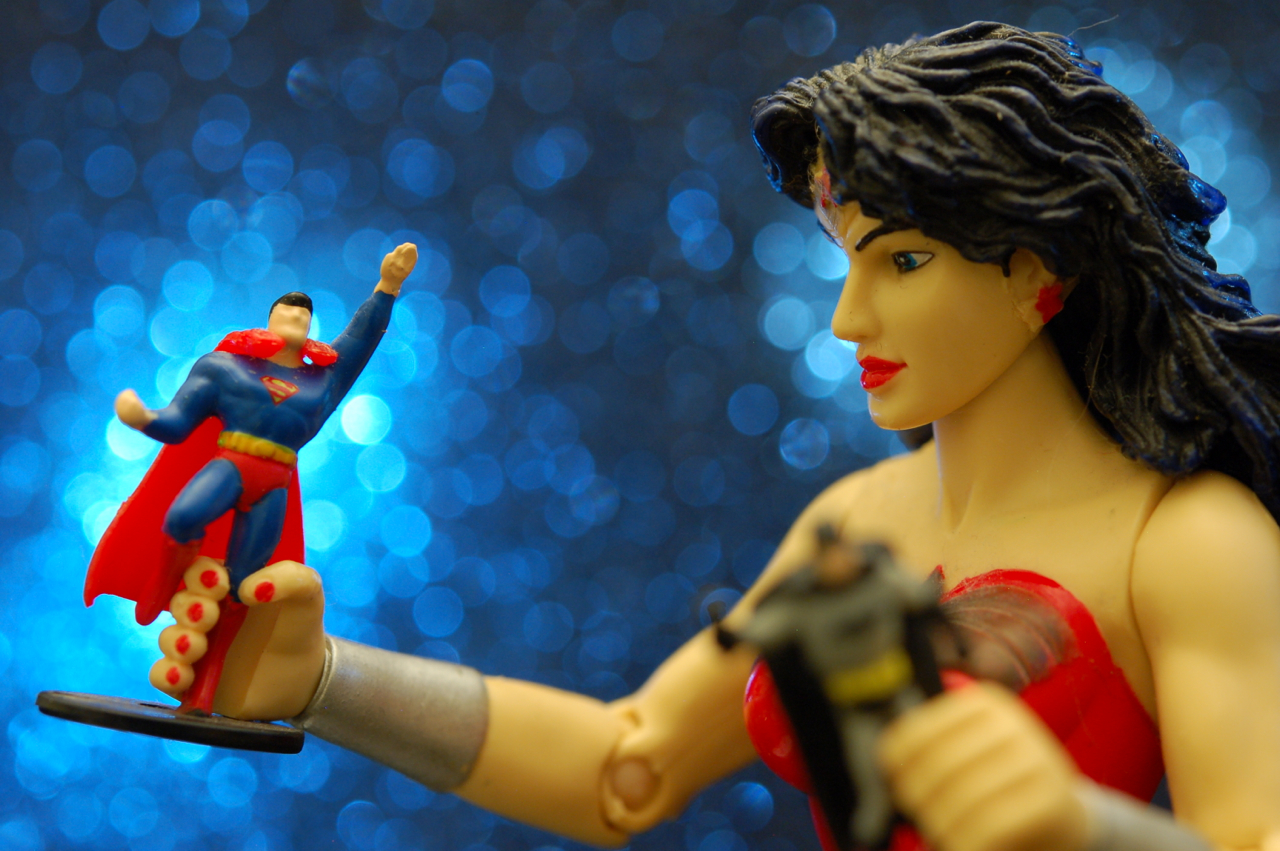 Wonder Woman can also be found toying with the men in these places too:

Toying With The Men by JD Hancock is licensed under a Creative Commons Attribution 3.0 Unported License. Permissions beyond the scope of this license may be available.