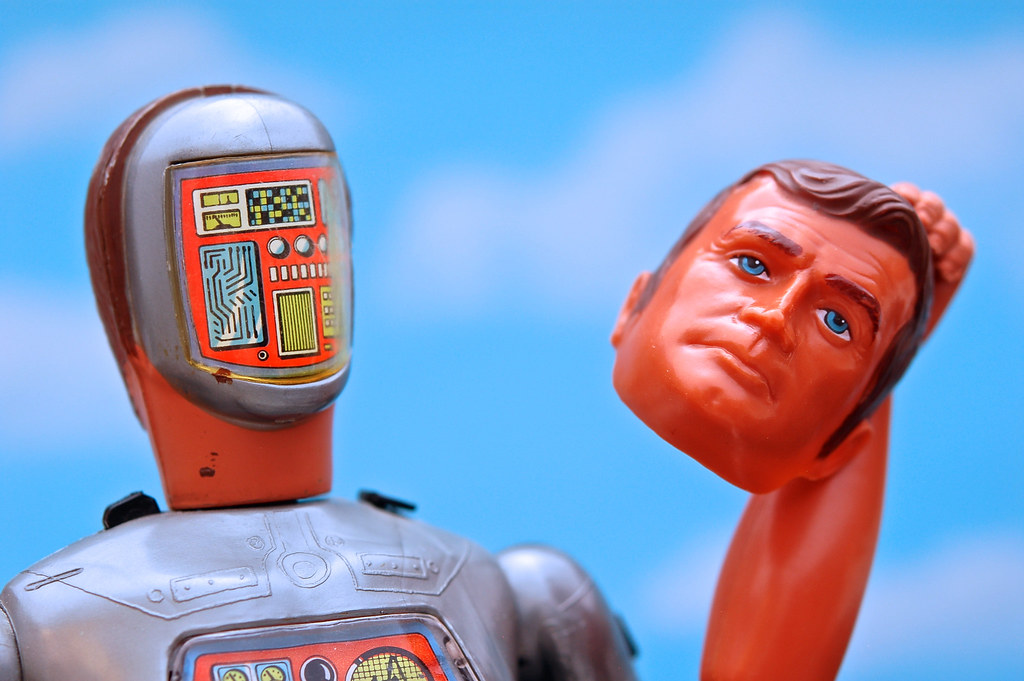 Posted to Flickr on 10 June 2013. Part of the Laugh! series. Funny is fun.™ Included in my Portfolio.

Don’t let him fool you! That’s not Steve Austin, the Bionic Man. It’s the evil Maskatron!

Close-up of a vintage Maskatron action figure from my childhood, part of the line of Six Million Dollar Man toys from the 1970s.

Photo submitted to the Flickr group Macro Mondays for the "Deception" theme.

I have had this twelve inch Maskatron action figure from the Six Million Dollar Man line of toys since I was a little kid. Released in 1976, in my opinion it is still one of the coolest action figures ever.

When the theme of “Deception” came up for the Flickr group Macro Mondays, a photo of Maskatron was a no-brainer.

The evil Maskatron has also been spotted unmasked in these places:

Unmasked! by JD Hancock is licensed under a Creative Commons Attribution 3.0 Unported License. Permissions beyond the scope of this license may be available.