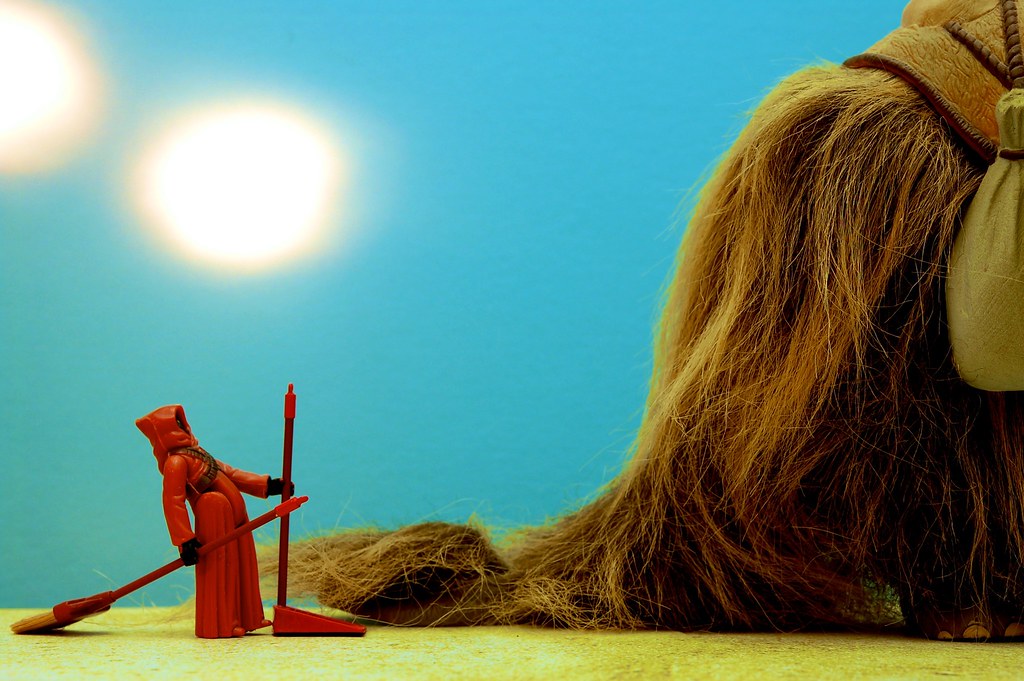 Posted to Flickr on 02 February 2014. Part of the Laugh! series. Funny is fun.™ Included in my Portfolio.

The tough economic times on Tatooine hit everyone hard, including the Jawas.

The idea for this photo originated in a toy store. As soon as I saw the tiny broom and dust pan, I knew what I needed to do. 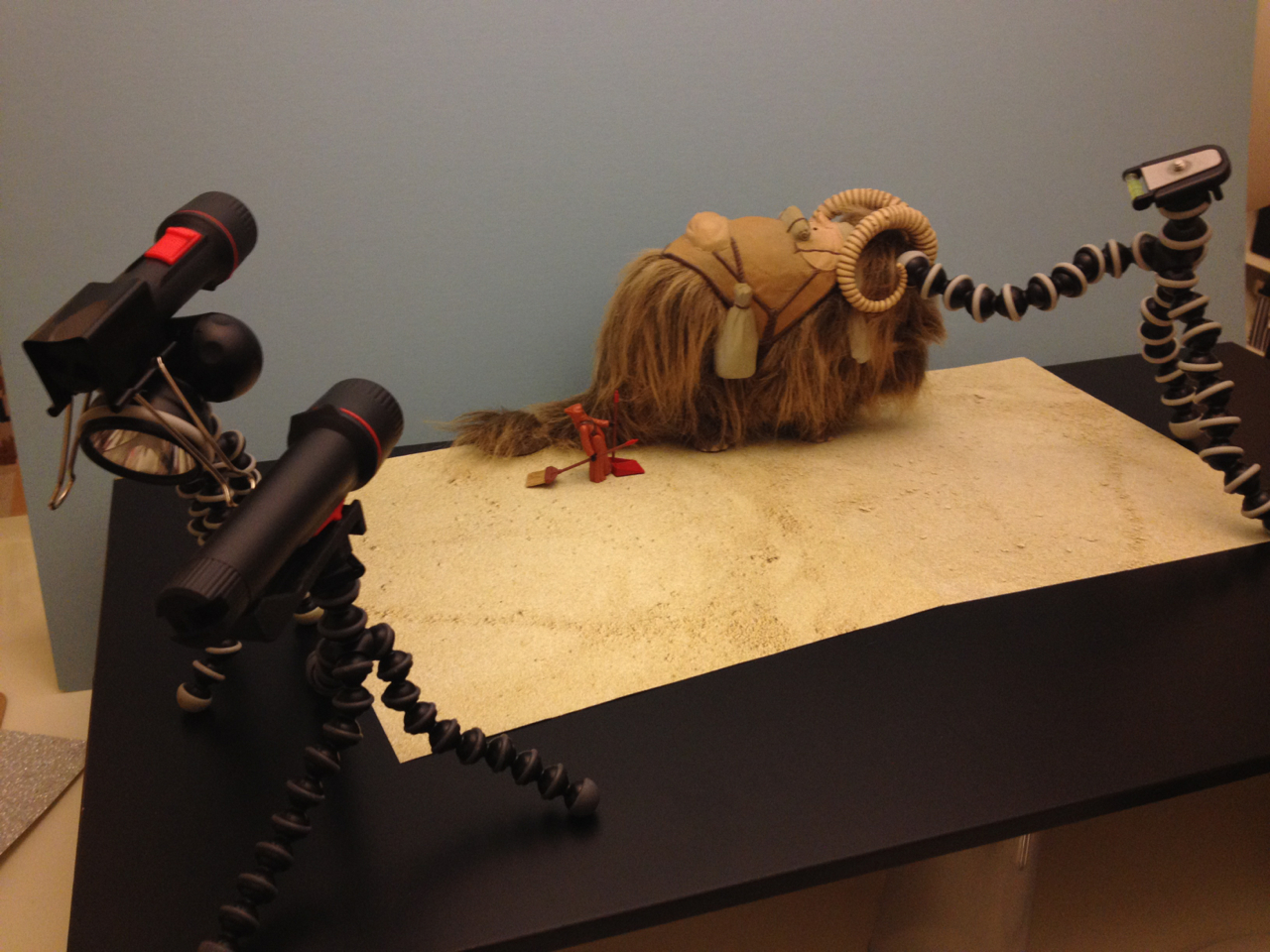 The backdrop is large blue sheet of matting material. The figures are placed on top of two 12x12 inch sheets of scrapbooking paper that look like sand.

Two flashlights provide the twin suns. One is mounted on a GorillaTorch using a binder clip. The other is mounted on a small GorillaPod. A third Gorillapod weighs down the Bantha’s left side, because the toy is loop-sided.

I tried positioning the twin suns differently. I also played with moving the Bantha back and forth. Ultimately, I decided to just show the Bantha’s hind quarters or the “business end” if you prefer. 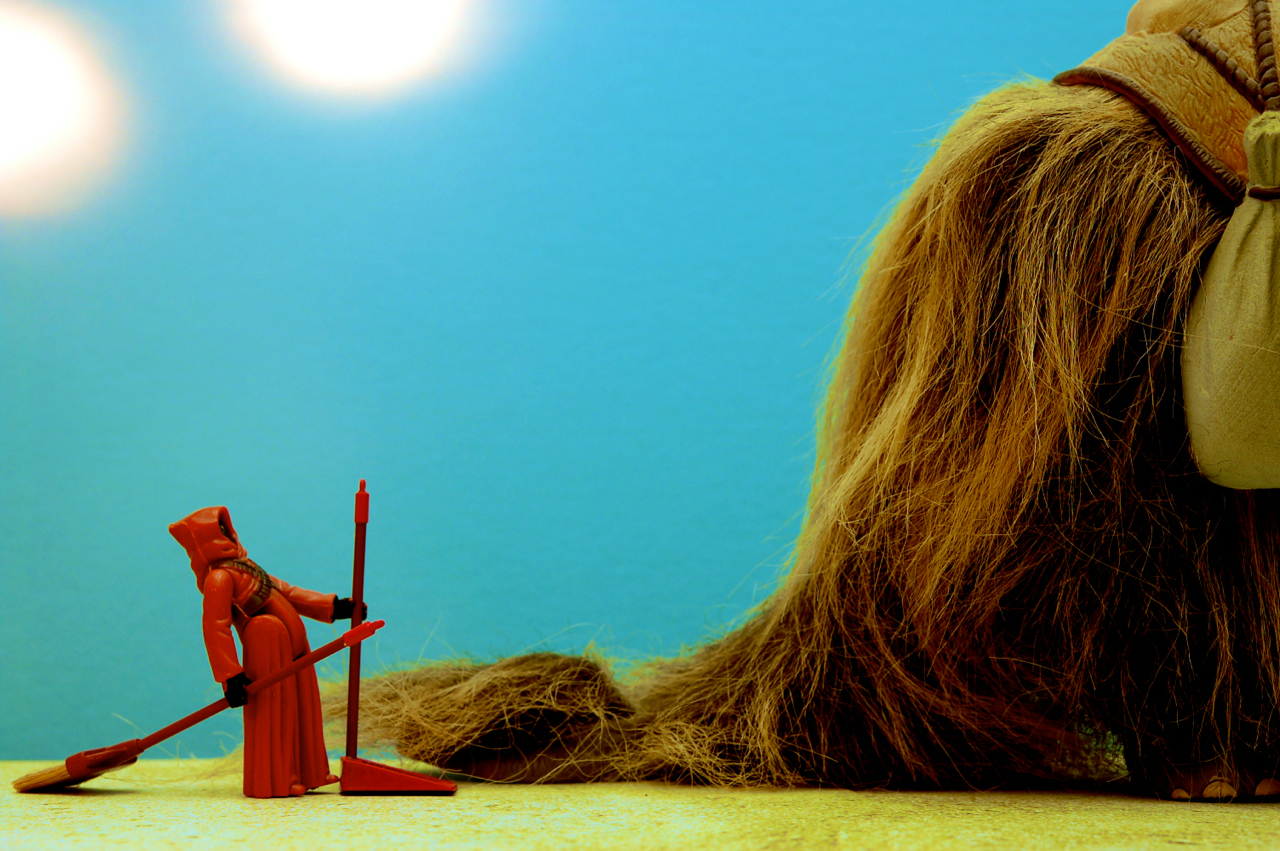 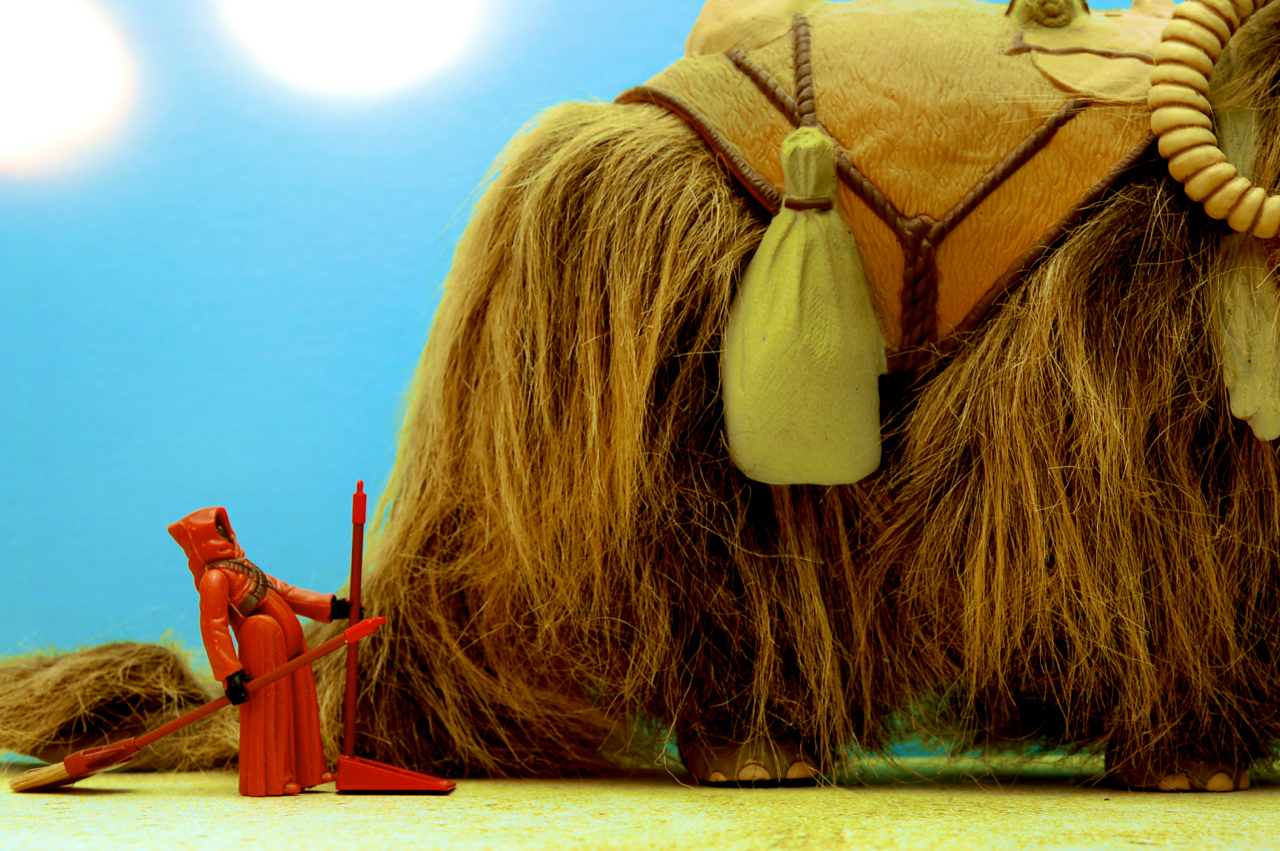 This photo was posted to Flickr on 02 February 2014. It was one of 500 images featured on Flickr Explore for that day. The last time I checked, it had 37,870 views on Flickr.

Wasteland by JD Hancock is licensed under a Creative Commons Attribution 3.0 Unported License. Permissions beyond the scope of this license may be available.