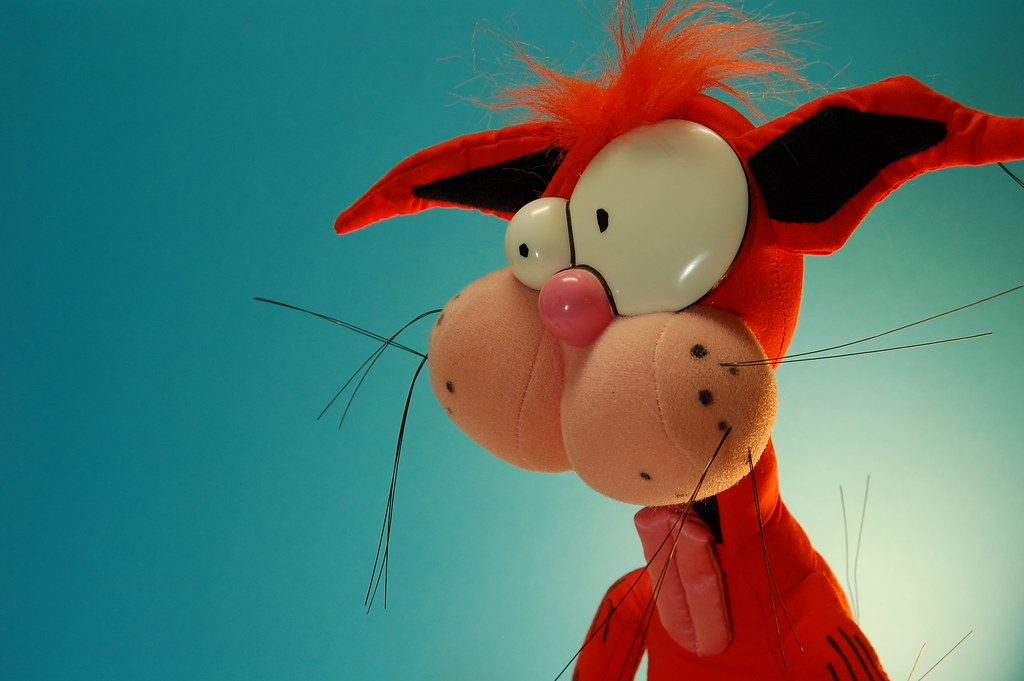 Posted to Flickr on 03 September 2009. Part of the Laugh! series. Funny is fun.™ Included in my Portfolio.

Bill the Cat first appeared in the comic strip Bloom County in the 1980s. He is … well … he’s a bit of a mess, isn’t he? It’s been suggested that at some point his brains were replaced with tater tots.

One of Bill’s charming quirks is his oversized eyeball.

Spotted by Bill the Cat himself in a meta-humorous photo by ShellyS.

Bill the Cat has been spotted here as well:

Ack! Thpppt!!! by JD Hancock is licensed under a Creative Commons Attribution 3.0 Unported License. Permissions beyond the scope of this license may be available.