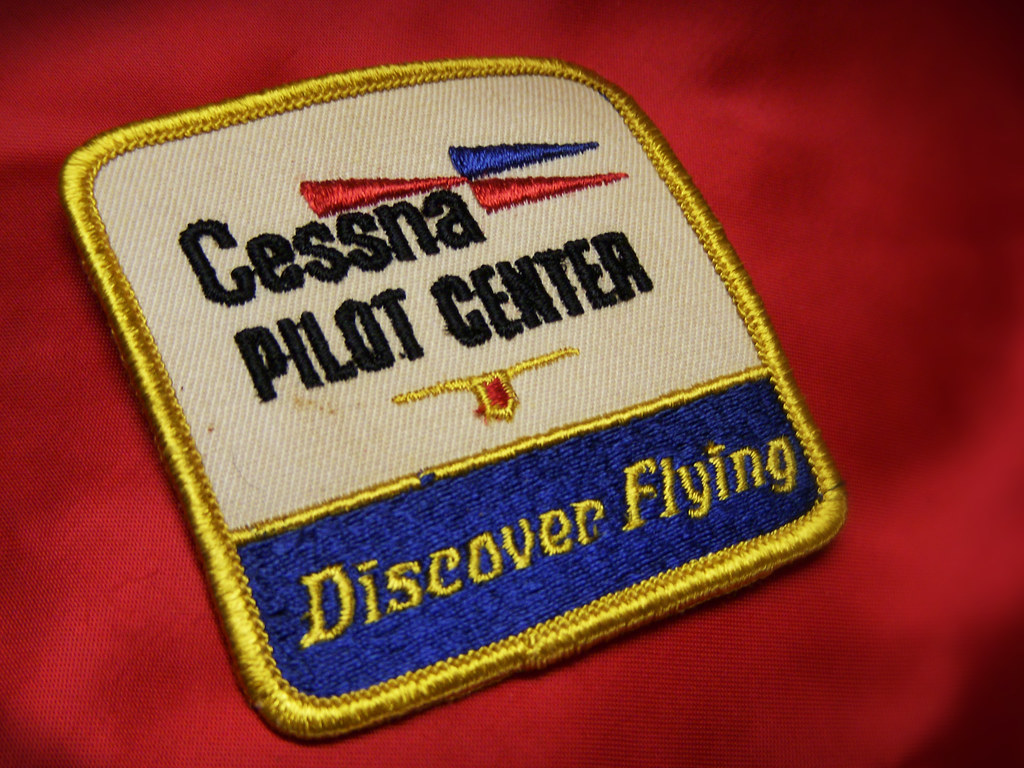 Posted to Flickr on 03 May 2009. Part of the JD's House of Miscellany series.

I may have the wrong year on this one.

When I was in elementary school my boyhood friend Jay had a red jacket bearing a Cessna patch exactly like this one. He had received it from his father, who was a pilot. I always really liked Jay’s jacket, because I though that patch was cool.

I believe it was my fifth grade year when Jay’s mother, knowing that I liked her son’s jacket, gave me this patch. I loved it, but I didn’t have an appropriate jacket to put it on. A few years later, I moved away.

Today, it lies in a box, along with many other items from my childhood. I never put it on a jacket or anthing else. For me, this patch is a lesson in coveting. I envied the patch on Jay’s jacket, but when I was given one of my own, I was no longer interested in wearing it. The patch reminds me that it’s so often about the wanting, but not the having.

This is one of many curious items collected in JD’s House of Miscellany.

1980 Cessna Patch by JD Hancock is licensed under a Creative Commons Attribution 3.0 Unported License. Permissions beyond the scope of this license may be available.