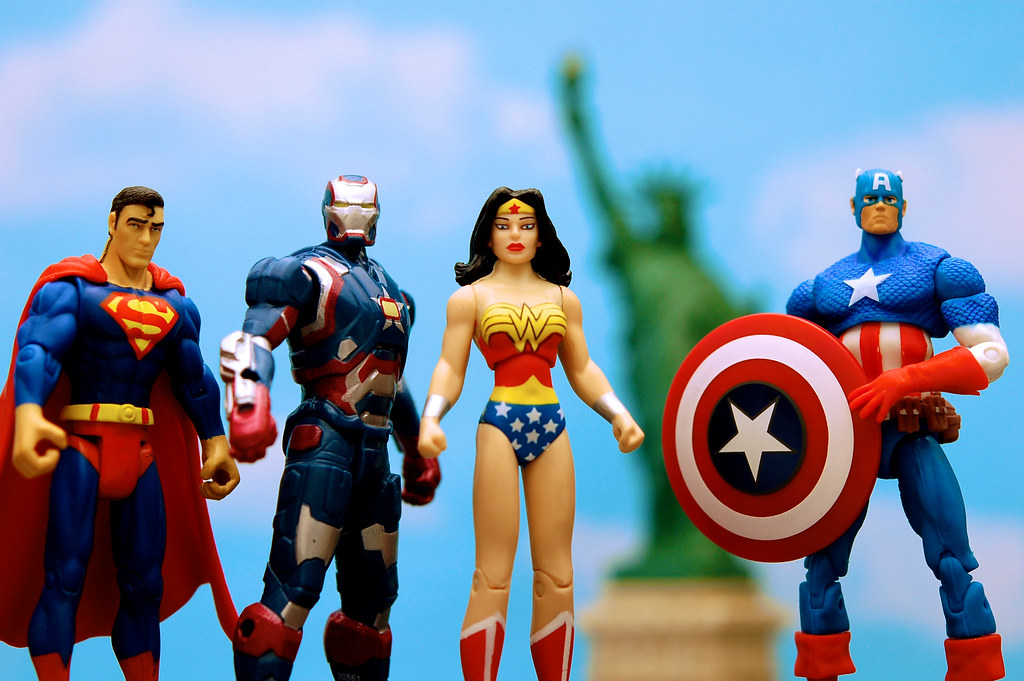 I wish everyone a super day!

The setup for this photo was straightforward. 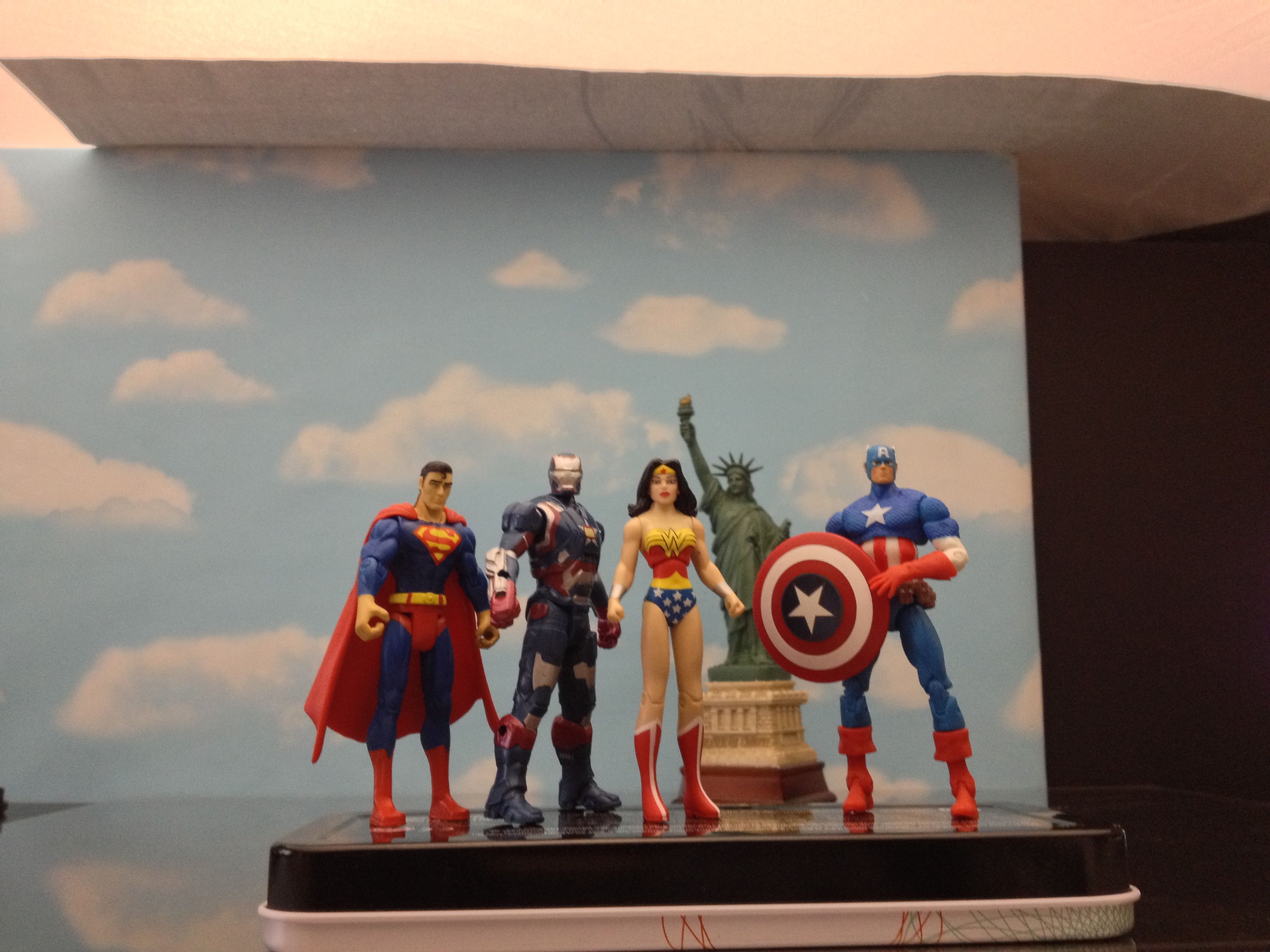 The backdrop is a sheet of cloud wrapping paper fastened to poster board. The heroes are standing on a long tin box which is resting on a clear acrylic sheet. A miniature Statue of Liberty stands behind the heroes.

The base of the scene below the acrylic sheet is an old black shelf that I often use for tabletop photography. Above the scene is a large circular diffuser filtering the ambient light in the room. A black strip of fabric is resting on the diffuser over the backdrop to slightly darken the “sky” behind the figures. No other lighting was used for this photo.

I almost made a very serious mistake with the setup of this photo. Somehow, Captain America’s legs got reversed, with his kneecaps pointing backwards, and I didn’t notice it at first. How embarrassing! I’m glad I caught it before posting the final version. 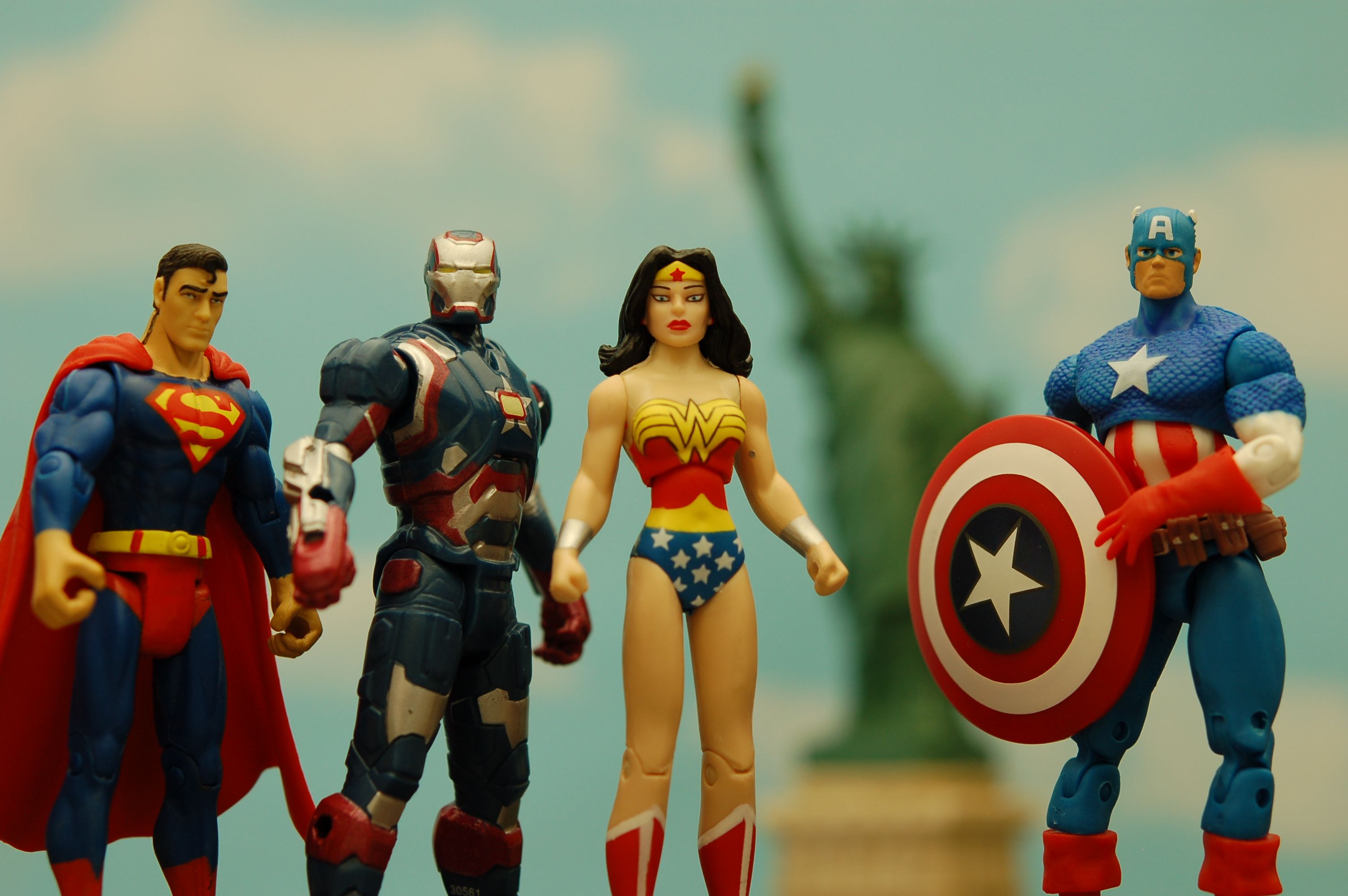 These superheroes have also been seen in these locations:

Iron Patriot is a superhero in comic books published by Marvel Comics. The first Iron Patriot was seen in Dark Avengers #1 (2009). The concept was created by writer Brian Michael Bendis. The industrialist and villain Norman Osborn conceived the Iron Patriot armor as a visual amalgam of Iron Man and Captain America. The battle suit was later used by James "Rhodey" Rhodes, an associate of Iron Man also known as "War Machine." The armor is a version of Iron Man’s armor painted red, white, and blue and gives its wearer super-strength, heightened durability, the ability to fly, and various weapons. Iron Patriot was portrayed in the film Iron Man 3 (2013) by Don Cheadle.

Happy Fourth of July 2013! by JD Hancock is licensed under a Creative Commons Attribution 3.0 Unported License. Permissions beyond the scope of this license may be available.