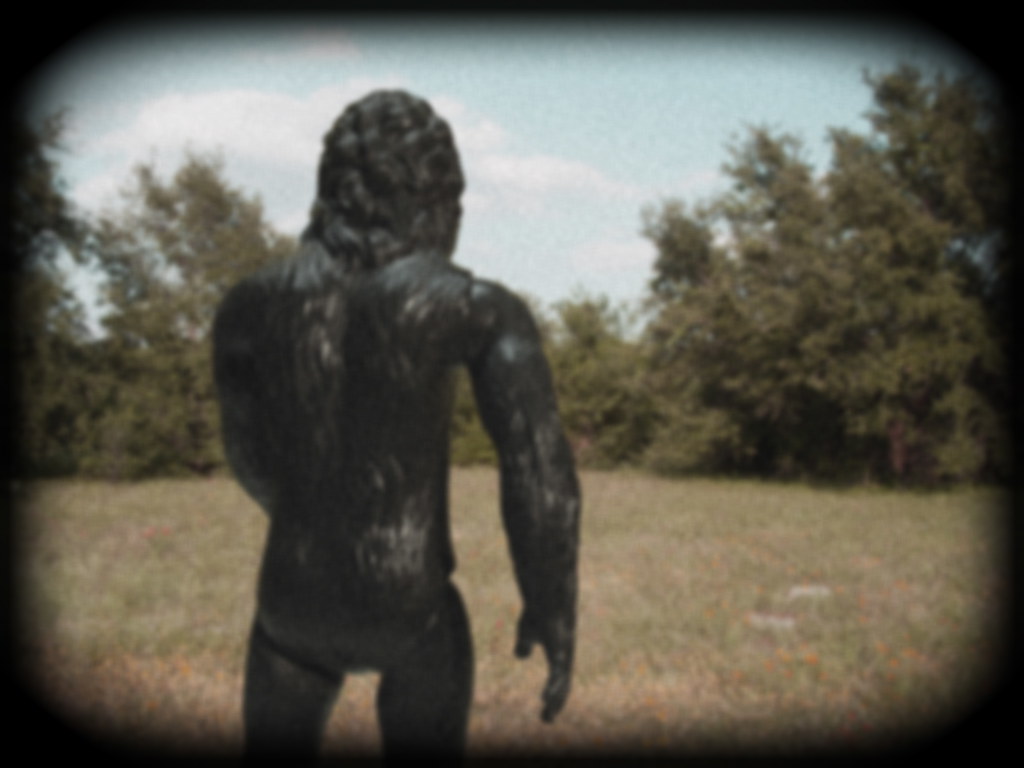 This Bigfoot action figure is from Kenner’s Six Million Dollar Man toy line of the 1970s. He stands 14 1/2 inches tall, much larger than the other figures from the same line. I received this one as a gift when I was a young boy.

This image was heavily manipulated in Photoshop. I took the original photo of Bigfoot in my kitchen with a plain background. Then I cut out the character and superimposed him onto a picture of a meadow near my home. Finally, I used various filters, blurs, layer adjustments, and effects to give it some age.

I was inspired by 8 Skeins of Danger to create this image. His twelve-inch action figure photos are always so fun and creative.

Bigfoot has been sighted in these places:

Bigfoot Sighting by JD Hancock is licensed under a Creative Commons Attribution 3.0 Unported License. Permissions beyond the scope of this license may be available.