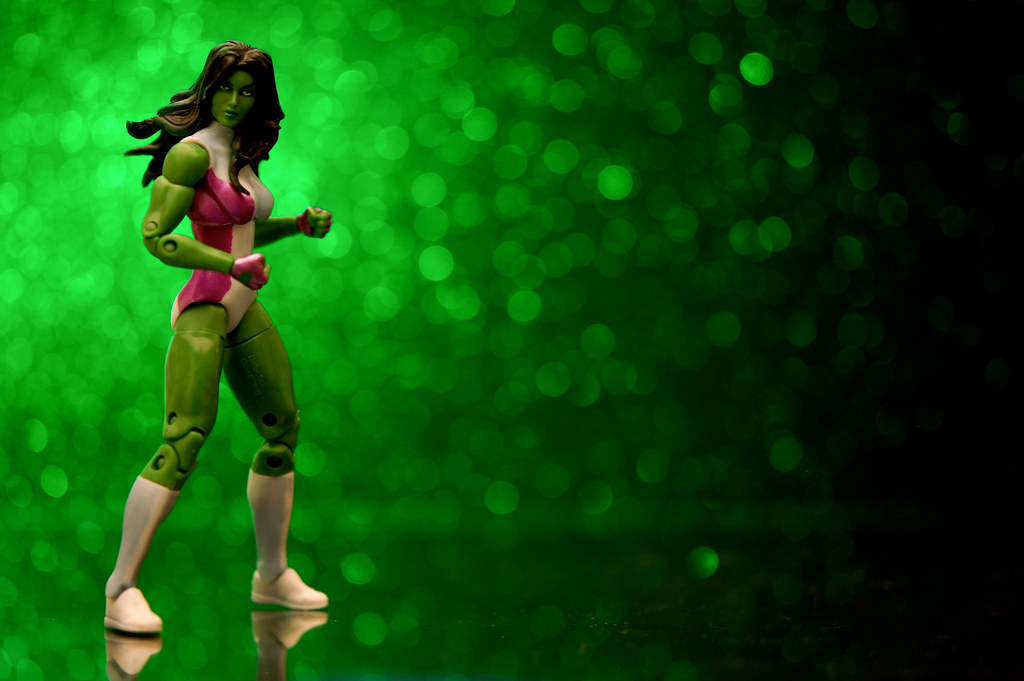 She-Hulk, aka Jennifer Walters, is a former member of the Fantastic Four, temporarily replacing The Thing.

She-Hulk has also been spotted here:

Universal She-Hulk by JD Hancock is licensed under a Creative Commons Attribution 3.0 Unported License. Permissions beyond the scope of this license may be available.