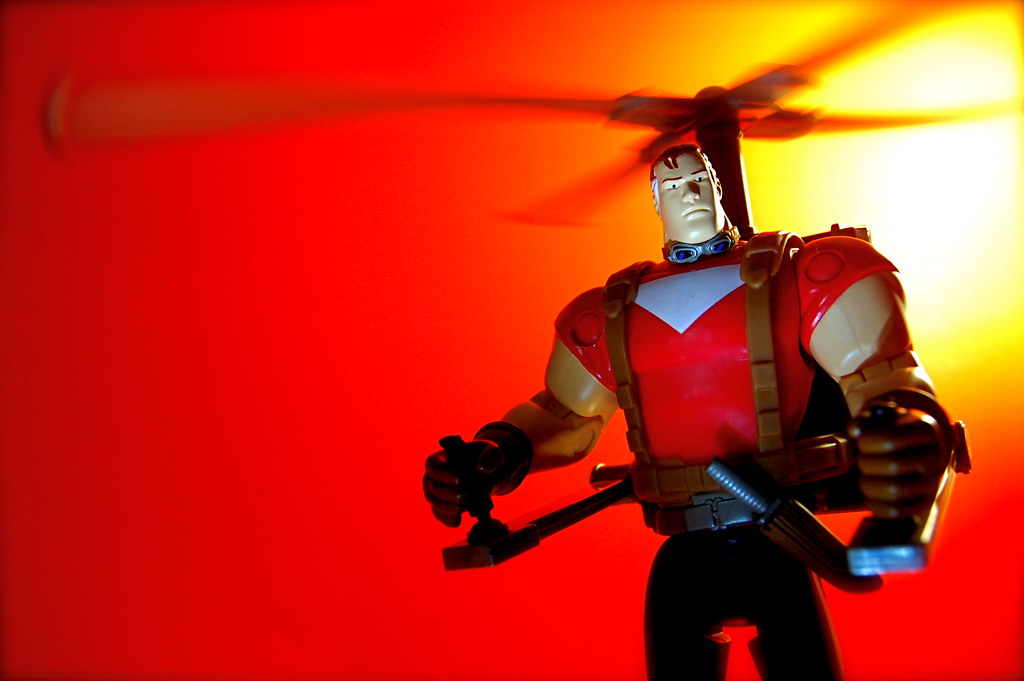 The personal helicopter-backpack of science hero Tom Strong allows him to quickly fly in and out of dangerous situations.

This action figure was produced in 2000 by DC Direct.

Photo submitted to the Flickr group Macro Mondays for the "revolution" theme.

Featured as a "colour of the week" shot at the Color My World Daily group.

Tom Strong has been spotted flying over here:

Strong Revolutionary Lift by JD Hancock is licensed under a Creative Commons Attribution 3.0 Unported License. Permissions beyond the scope of this license may be available.