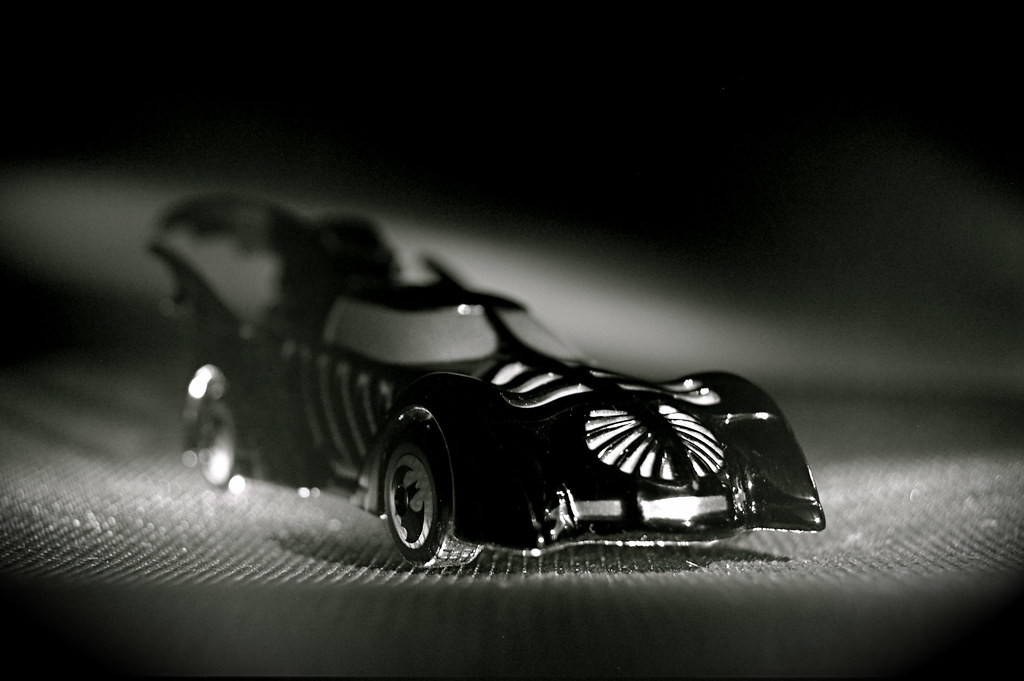 Hasbro produced this die cast metal toy car as a tie-in to the Batman Forever film in 1995. I purchased it at that time in a five-piece set that included the Batmobile, the Batwing, the Batboat, Two-Face’s armored car, and a Riddler car.

For reference, this Batmobile is slightly larger than a typical Matchbox-style car. It’s parked on a flat mesh strainer.

Modern Steed by JD Hancock is licensed under a Creative Commons Attribution 3.0 Unported License. Permissions beyond the scope of this license may be available.