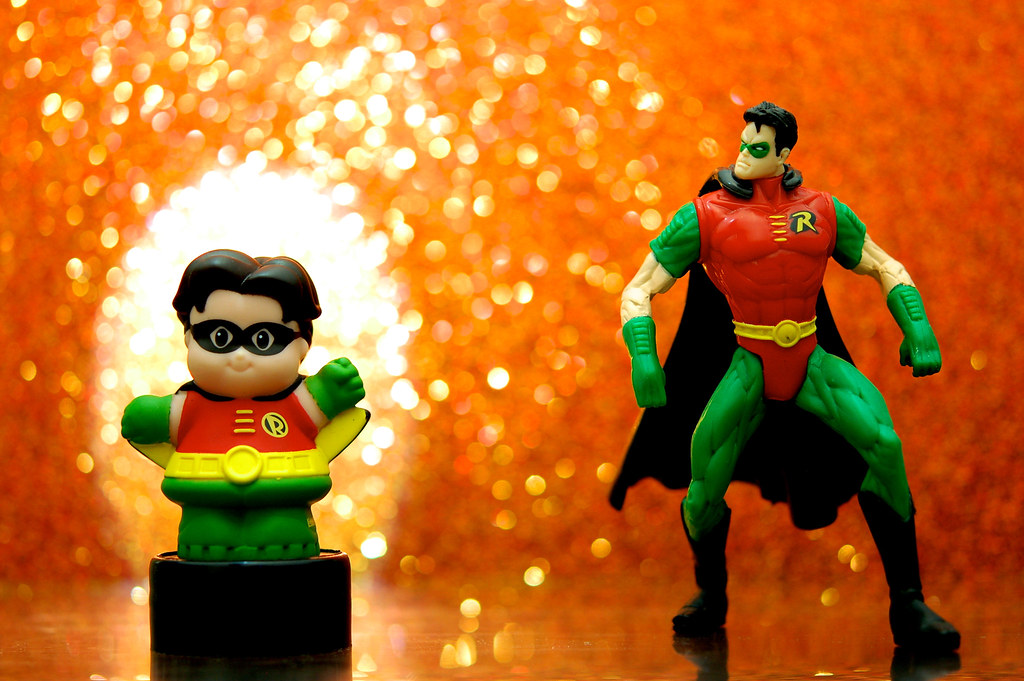 This is the second in a series of photos that show two extremely different interpretations of the same DC Comics character.

The figure on the left is Robin from the Fisher-Price DC Super Friends line of Little People toys, released in 2012.

The figure on the right is Robin from the Total Justice action figure line, released in 1996. The costume is based on the one worn by Tim Drake, the Robin in the comic books of that time. The over-muscled sculpting and "ready for action" pose of the figure is consistent with other late 90s action figures.

I chose the Total Justice Robin figure because of his somewhat awkward pose and ridiculous muscles.

Robin Extreme by JD Hancock is licensed under a Creative Commons Attribution 3.0 Unported License. Permissions beyond the scope of this license may be available.