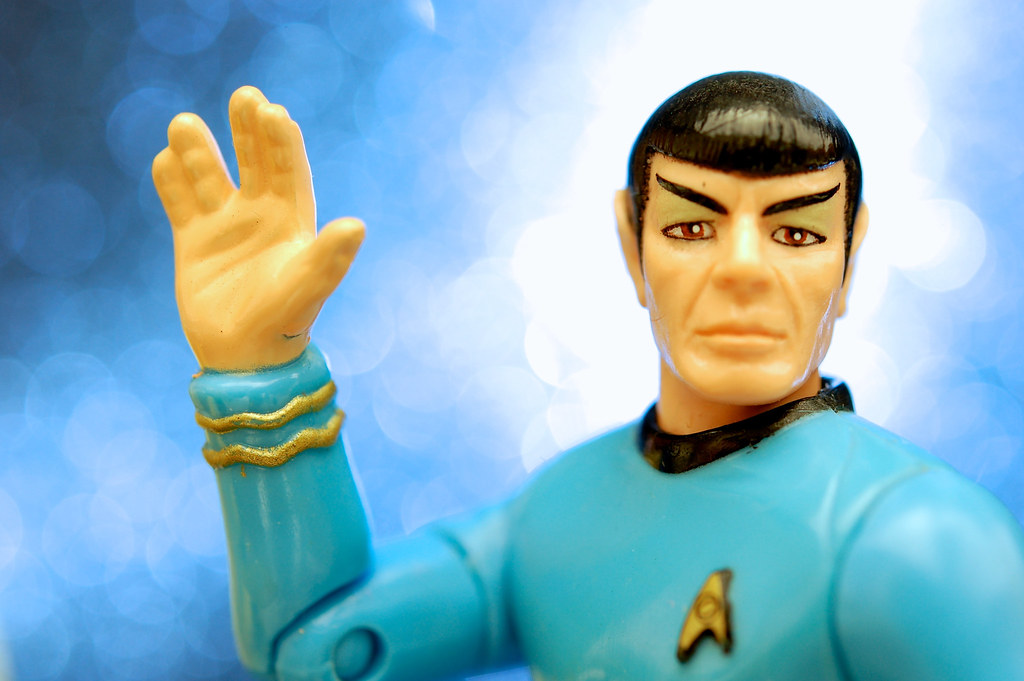 Close-up of a Spock action figure from the 1993 Playmates line of classic Star Trek toys. 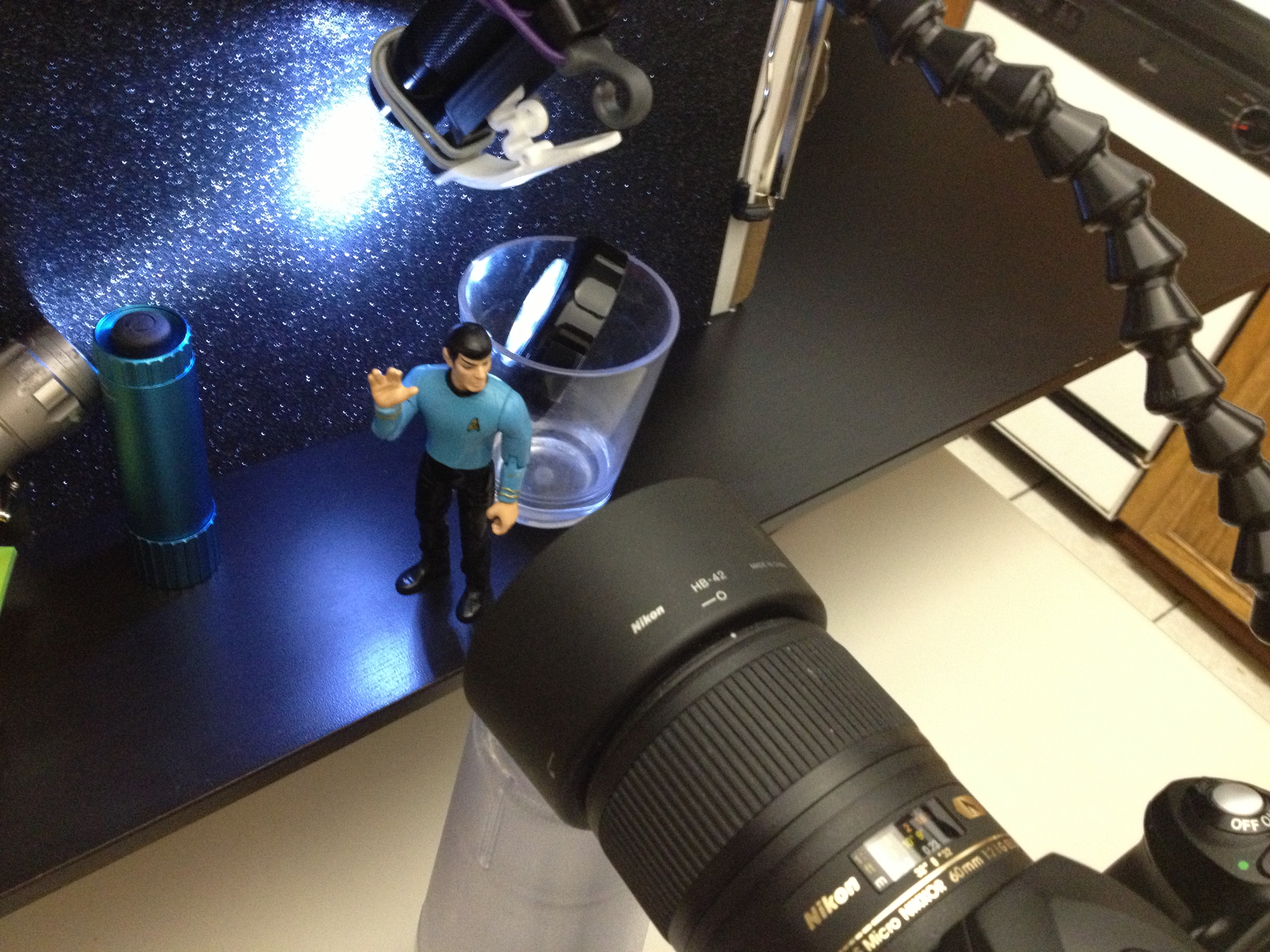 The scene is set on top of the elevated black shelf that I typically use for this sort of photo. Spock stands in front of a sheet of black glitter paper. Above him is mounted small LED flashlight that shines down onto a spot right behind his head. A second LED push-light is mounted inside of a clear plastic cup, also aimed at the spot behind Spock’s head. A third small LED flashlight shines from the left side across the glitter paper at an angle. A fourth unused flashlight prevents light from the third flashlight from shining directly onto Spock.

Spock has also been seen here as well:

Star Trek: Spock by JD Hancock is licensed under a Creative Commons Attribution 3.0 Unported License. Permissions beyond the scope of this license may be available.