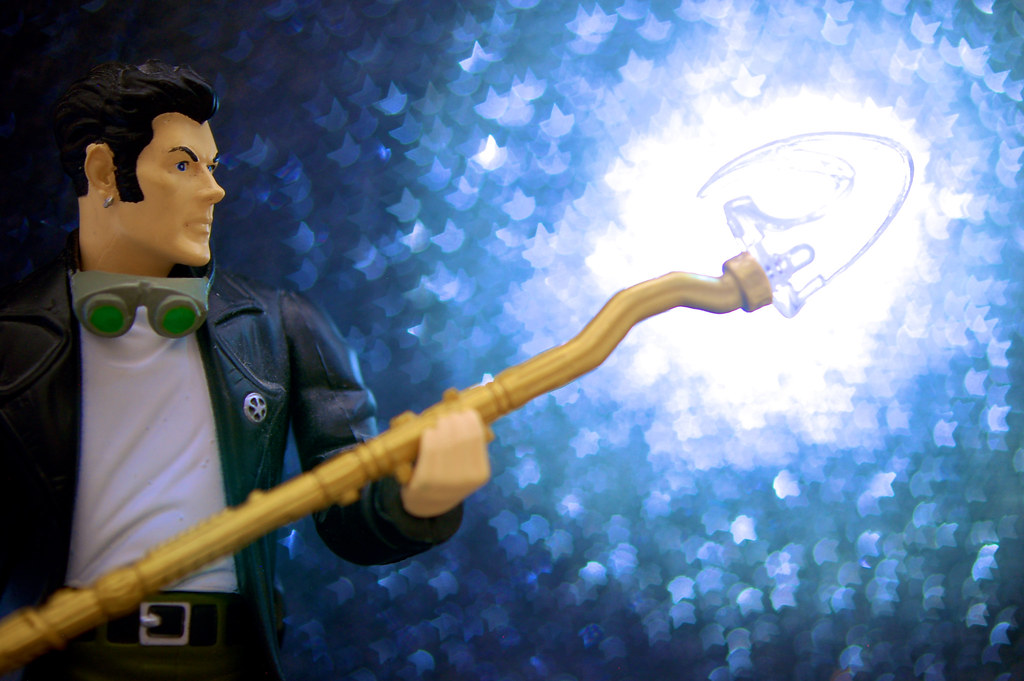 In the history of DC Comics, there have been several characters bearing the name "Starman." The one shown here is Jack Knight, the son of the original Starman, who enjoyed a successful series in the mid-1990s. His power comes from the technology developed by his father and placed into the cosmic rod.

This photo was an experiment in using bokeh filters. The friendly people at www.horaczko.com were nice enough to send me some bokeh filters to play with. I think the star-shaped bokeh is a fun element of the image.

The setup for this photo was a bit more challenging than normal since I had the added variable of the bokeh filter, which I don’t yet have a lot of experience with. 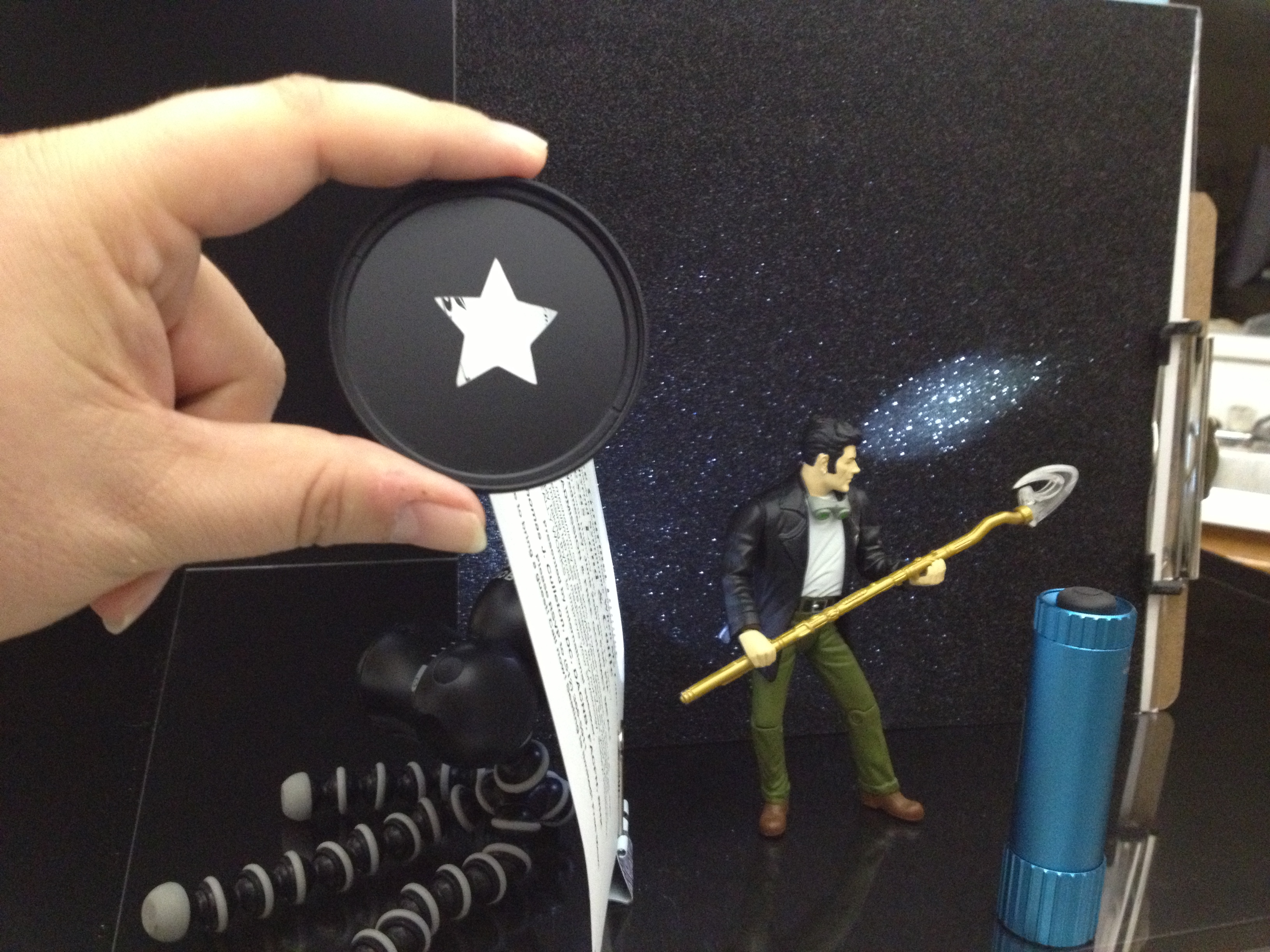 The backdrop behind Starman is a sheet of twelve inch square black glitter paper. Onto the glitter paper I shined two lights. The first light is a GorillaTorch positioned to the left of Starman and pointed up and to the right to land right behind the tip of the cosmic rod. A white sheet of paper blocks the light from from the GorillaTorch from hitting Starman. The second light is a small blue flashlight (seen near Starman in the setup photo) that I shined onto the same spot just behind the tip of the cosmic rod.

Above the scene (and not shown here) is a large circular diffuser.

With the bokeh filter in place, the result is star-like bokeh radiating from the cosmic rod.

I started this photo session thinking that I wanted to show more of Starman, but as I played with the bokeh I decided to focus instead on the cosmic rod. 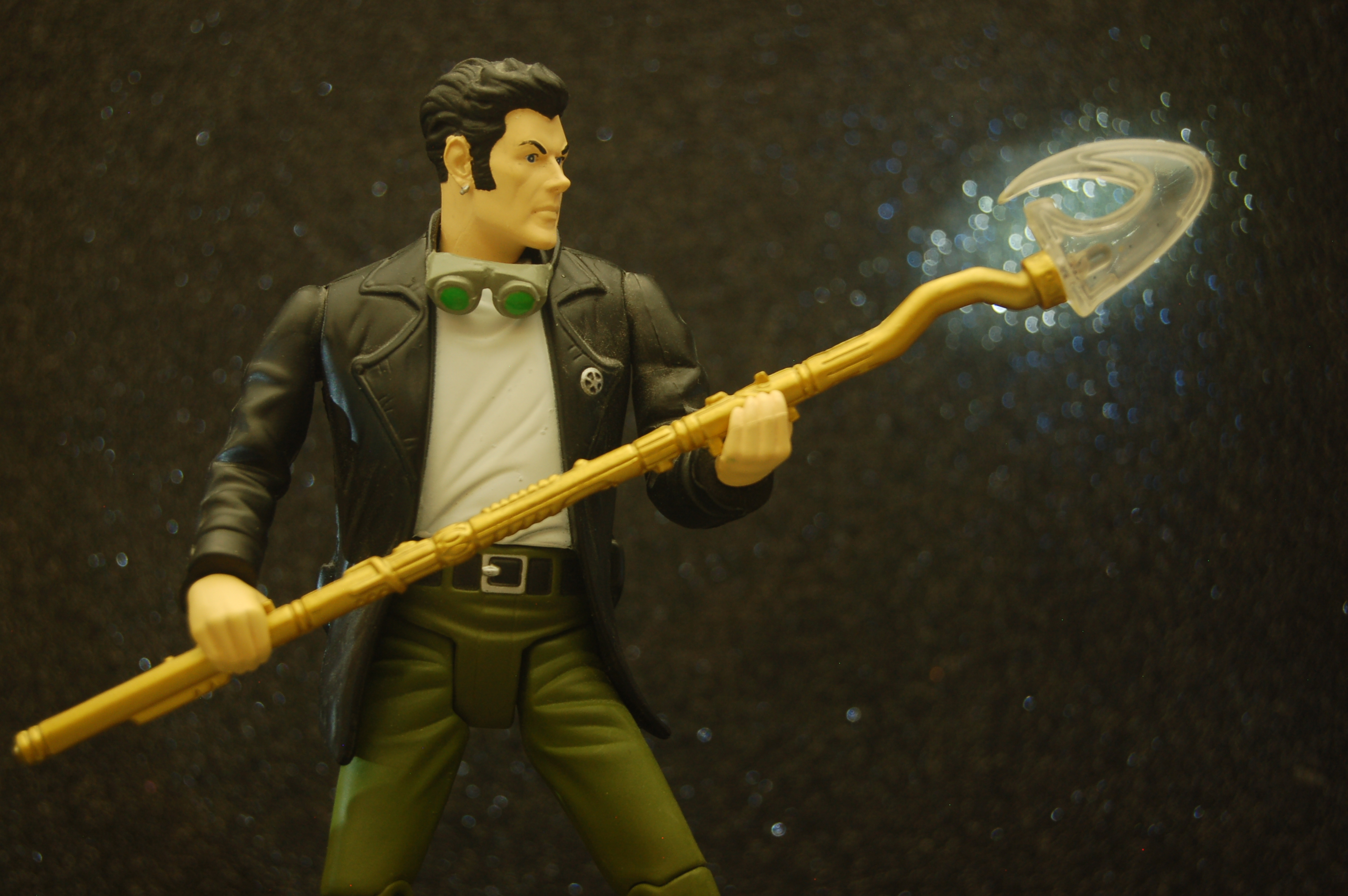 Star Power by JD Hancock is licensed under a Creative Commons Attribution 3.0 Unported License. Permissions beyond the scope of this license may be available.