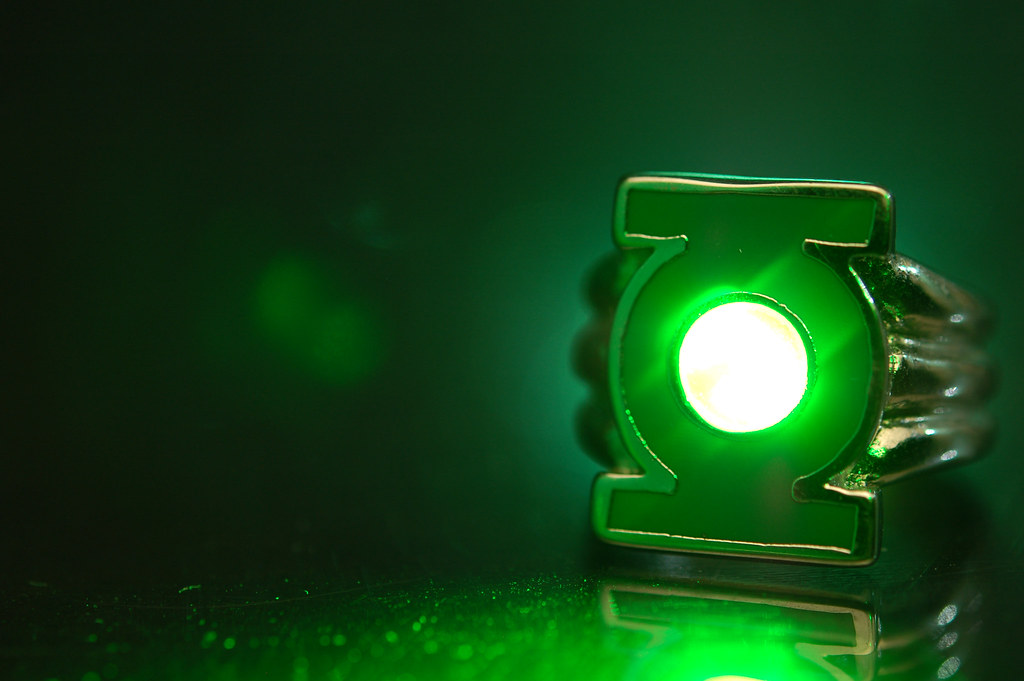 Posted to Flickr on 03 September 2012. Included in my Portfolio.

Close-up of Green Lantern’s power ring. The glow was achieved by shining a green laser at the center of the symbol.

Photo submitted to the Flickr group Macro Mondays for the "Ring" theme.

The most powerful weapon in the universe has also been seen in these places:

Green Lantern's Power Ring by JD Hancock is licensed under a Creative Commons Attribution 3.0 Unported License. Permissions beyond the scope of this license may be available.