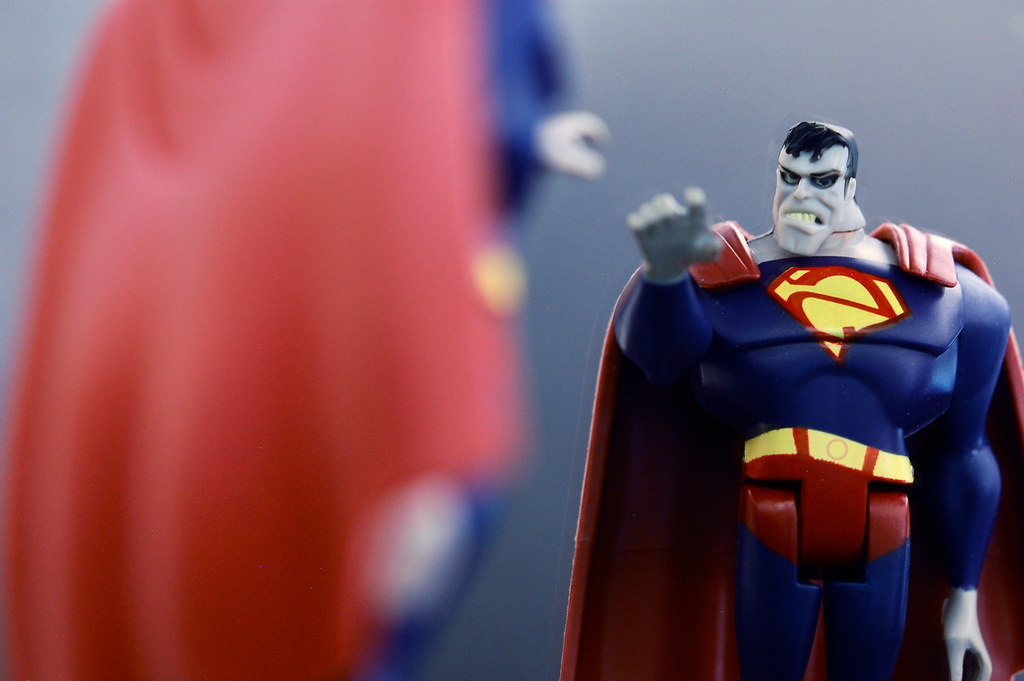 Close-up of Bizarro, the imperfect, backwards duplicate of Superman.

Photo submitted to the Flickr group Macro Mondays for the "backwards" theme.

Bizarro has also been seen standing in front of mirrors here:

uɐɯɹǝdns oɹɹɐzıq | bizarro superman by JD Hancock is licensed under a Creative Commons Attribution 3.0 Unported License. Permissions beyond the scope of this license may be available.