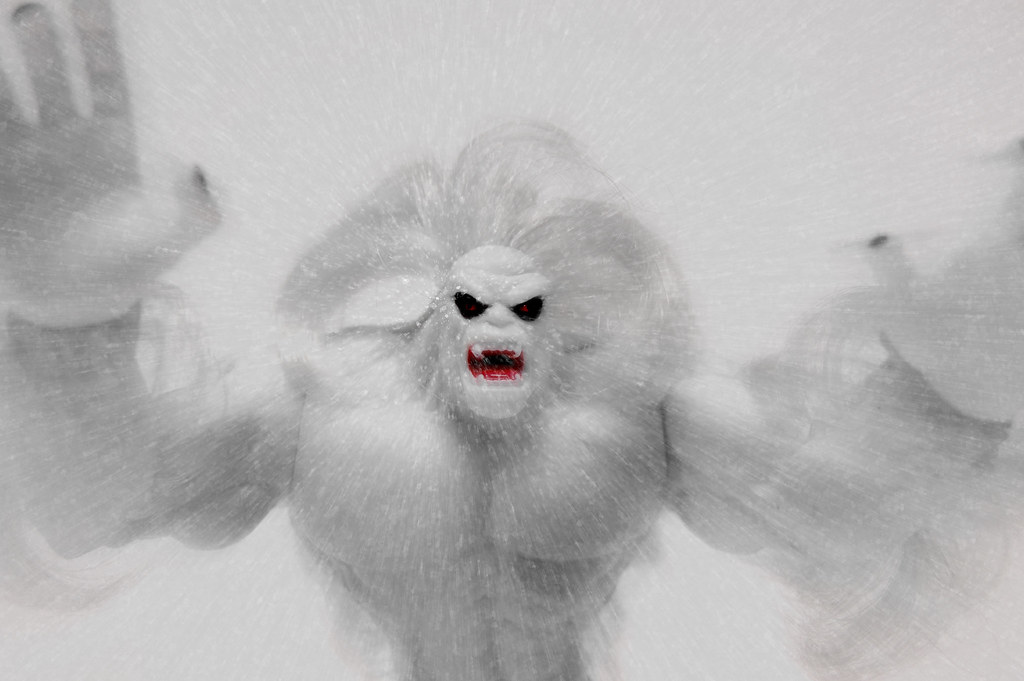 The Wendigo is a creature from Algonquian mythology. It has also appeared in Marvel comic books facing off against Spider-Man, the Hulk, and the X-Men.

I post-processed this image in Photoshop. The action figure has patches of blue which I desaturated to gray. I also added snow and blurring.

Warning! The Wendigo has also been spotted here:

Windy Go! by JD Hancock is licensed under a Creative Commons Attribution 3.0 Unported License. Permissions beyond the scope of this license may be available.