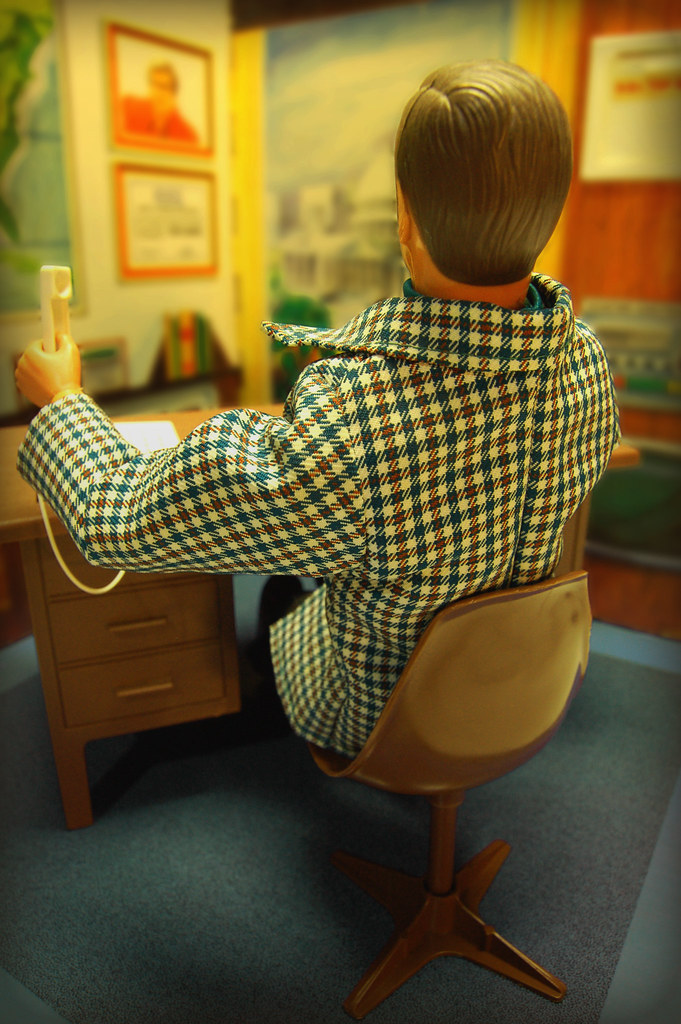 In the television series The Six Million Dollar Man Oscar Goldman was hero Steve Austin’s superior in the Office of Scientific Intelligence.

While shopping with my grandparents at a toy store in Amarillo, Texas in the late 1970s I found this office set on a clearance shelf. It includes walls, floor, desk, and chair.

This photo was post-processed in Photoshop to give it a 70s look, a style I’m familiar with but struggle to reflect visually.

Oscar Goldman has also been spotted in these places:

Office of Scientific Intelligence by JD Hancock is licensed under a Creative Commons Attribution 3.0 Unported License. Permissions beyond the scope of this license may be available.