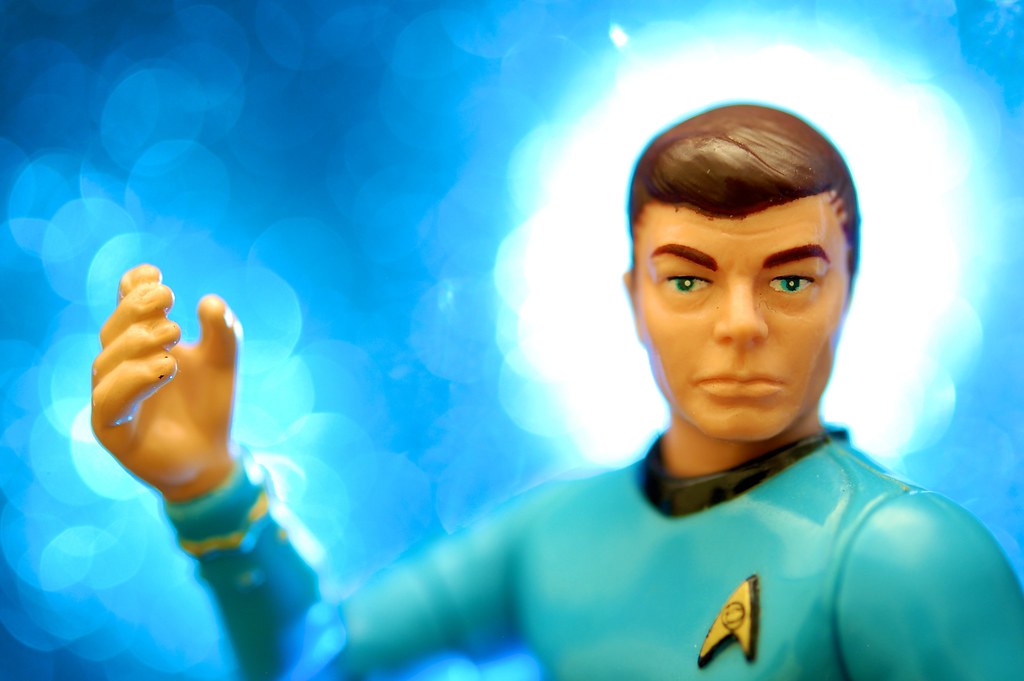 Close-up of a Dr. McCoy action figure from the 1993 Playmates line of classic Star Trek toys.

Photo submitted to the Flickr group Macro Mondays for the “Good Health” theme.

As stated in the description, this photo was inspired by Macro Mondays. It is also the third close-up of a 1993 Playmates Star Trek action figure that I’ve done. The previous subjects were Kirk and Spock. 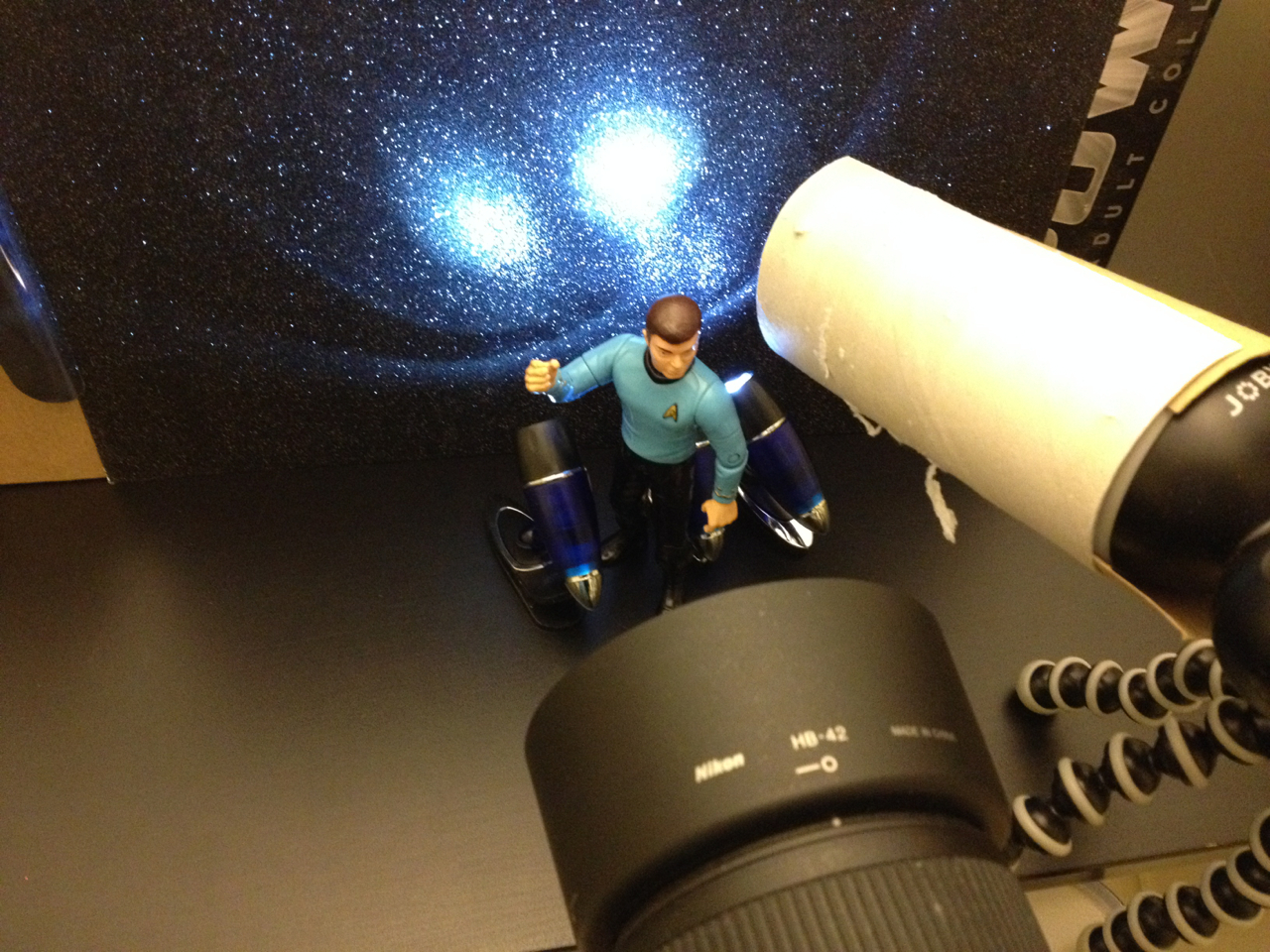 The backdrop and figures rest on an elevated black shelf that I often use for this kind of photo. McCoy stands in front of a sheet of black glitter paper. Providing the back-lighting are two clip LEDs and a GorillaTorch. Attached to the front of the GorillaTorch is a very crude cone made from two cardboard toilet paper tubes.

Star Trek: McCoy by JD Hancock is licensed under a Creative Commons Attribution 3.0 Unported License. Permissions beyond the scope of this license may be available.