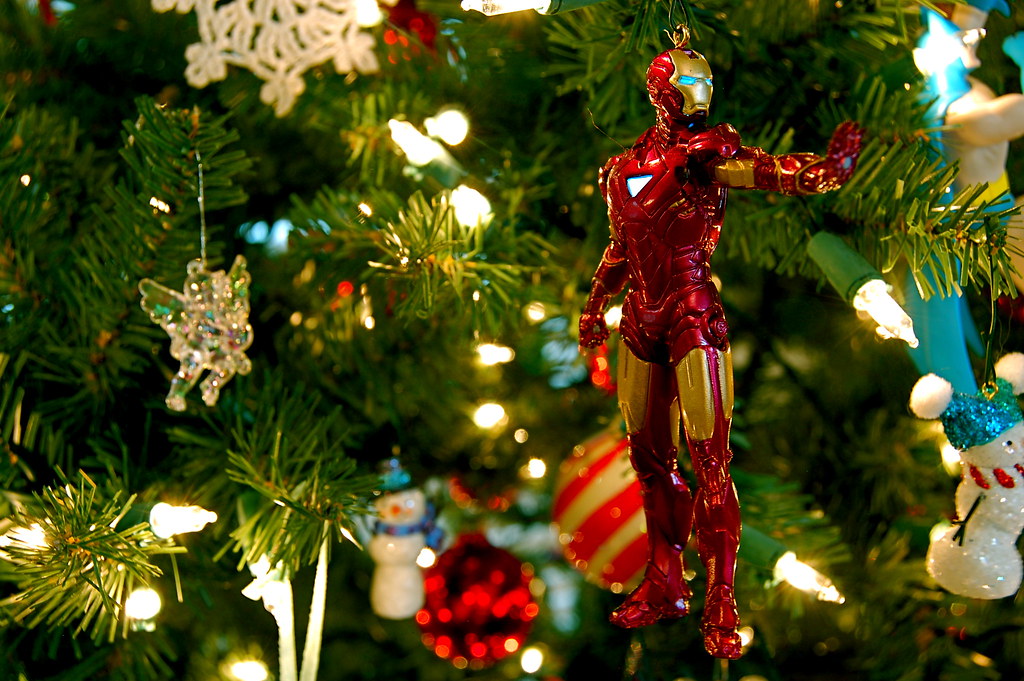 This shiny Iron Man ornament, inspired by the movie Iron Man 2, was purchased with my family at a local Hallmark store in 2010. His eyes and chest light up.

2010 Defender of Justice Iron Man Ornament by JD Hancock is licensed under a Creative Commons Attribution 3.0 Unported License. Permissions beyond the scope of this license may be available.