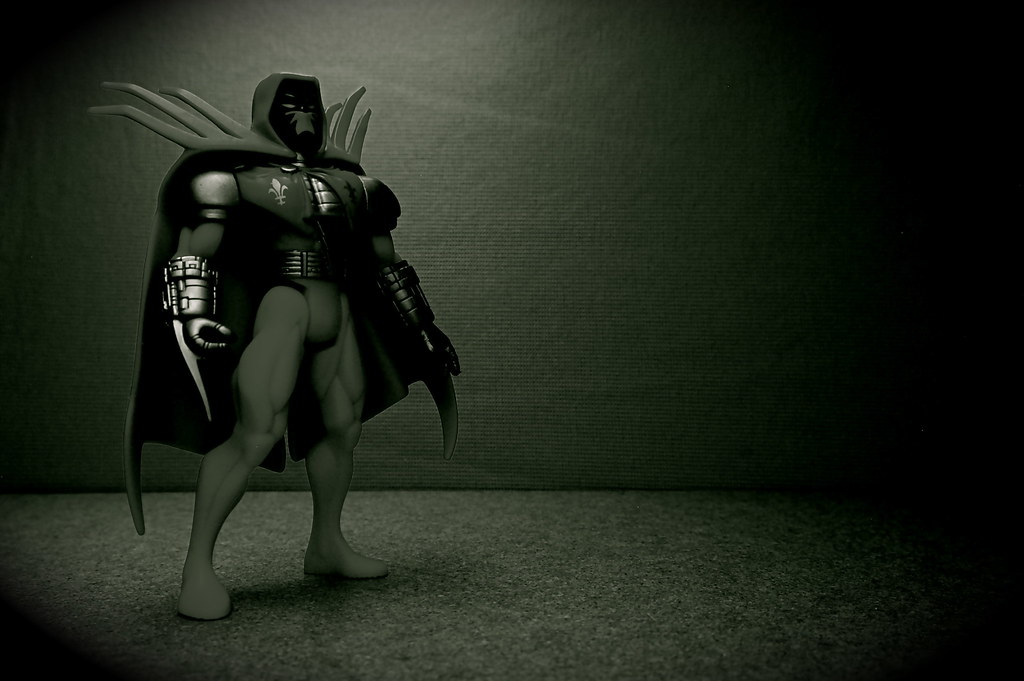 A Is For Azrael

Azrael was born into in a line of assassin-enforcers for a sinister religious secret society. He received intense training and mental conditioning for this evil role but eventually rejected it, becoming a Gotham City crimefighter instead. His physiology, combat skills, and intelligence were so developed that, for a time during Bruce Wayne’s absence, Azrael took up the mantle of Batman.

This 6 inch figure was produced by Kenner as part of the "Batman Knight Force Ninjas" line in 1998.

A Is For Azrael by JD Hancock is licensed under a Creative Commons Attribution 3.0 Unported License. Permissions beyond the scope of this license may be available.