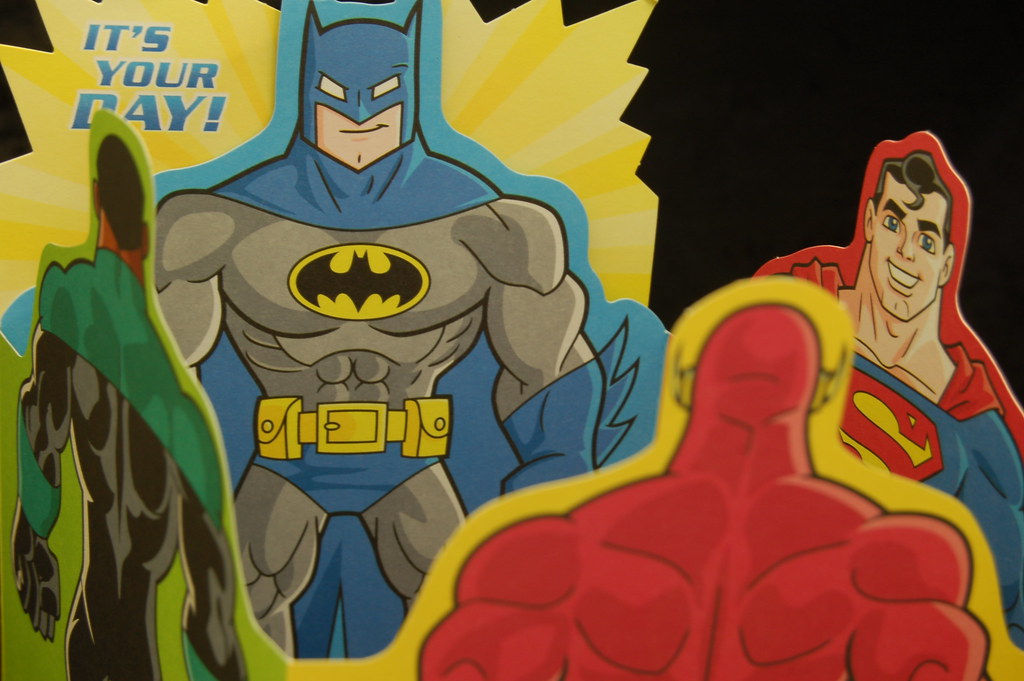 This is a birthday card from my parents from this year. They know me well.

The card actually folds out wide with each hero standing side-by-side, but I looped the them around so they are facing each other.

Two-Dimensional Characters by JD Hancock is licensed under a Creative Commons Attribution 3.0 Unported License. Permissions beyond the scope of this license may be available.