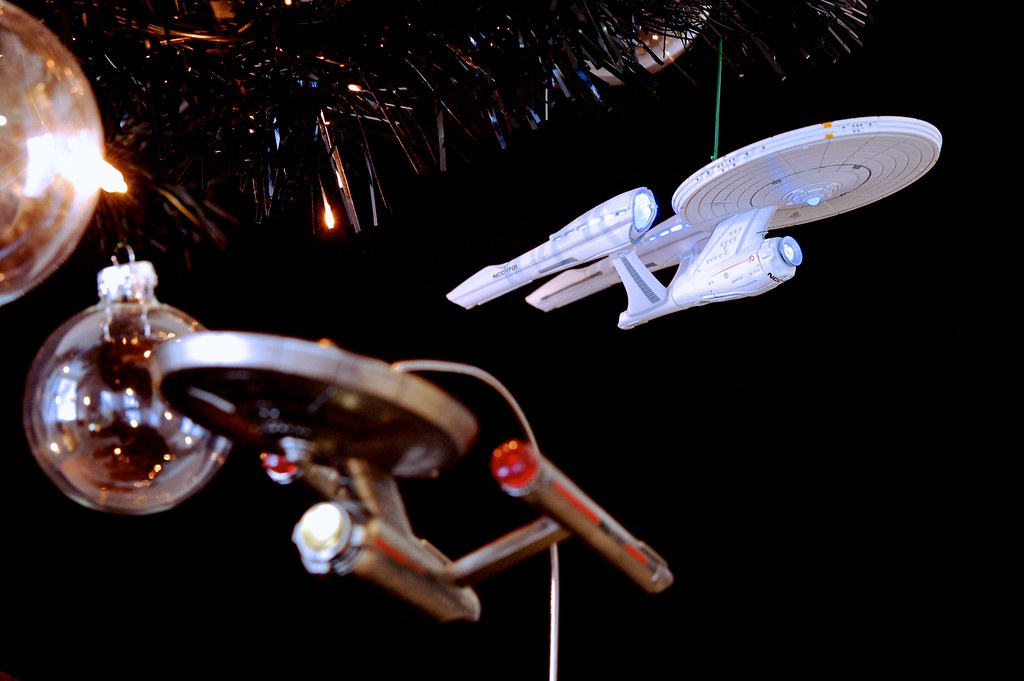 In 2010 Hallmark produced the USS Enterprise ornament. This "alternate timeline" starship was first seen in the 2009 J.J. Abrams film Star Trek under the command of Captain Christopher Pike.

In the foreground is the original USS Enterprise, part of a 1996 Hallmark ornament set celebrating the 30 year anniversary of Star Trek. This starship was first seen in the TV series Star Trek and was commanded by Captain James T. Kirk.

These starships have also been seen exploring these locations:

Alternate USS Enterprise On The Star Trek Christmas Tree 2012 by JD Hancock is licensed under a Creative Commons Attribution 3.0 Unported License. Permissions beyond the scope of this license may be available.