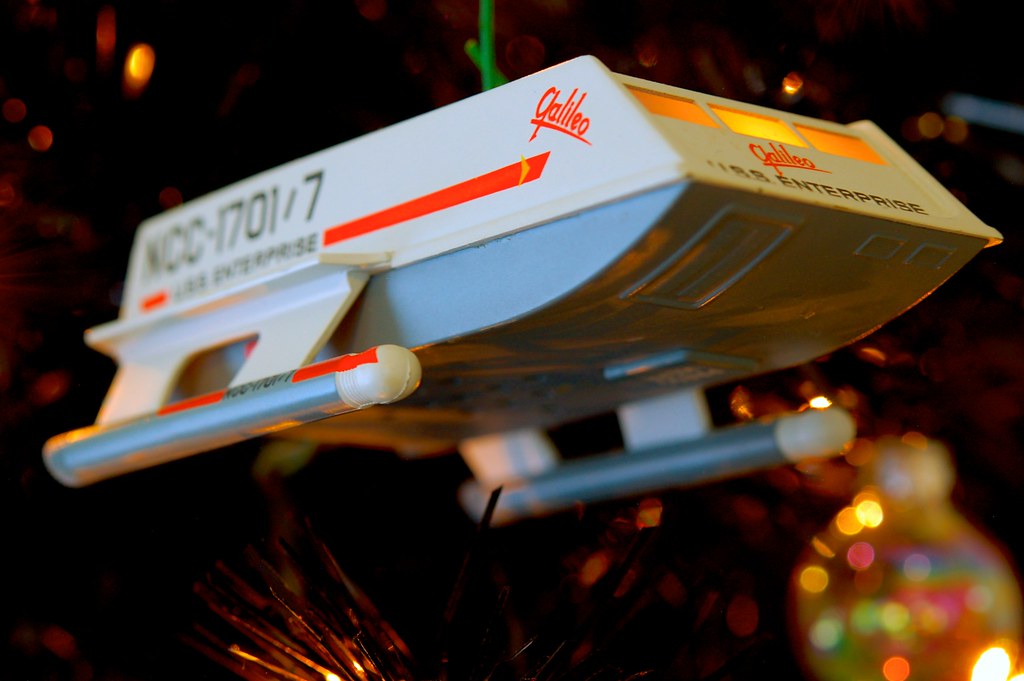 In 1992 Hallmark produced this Shuttlecraft Galileo ornament, which I received as a gift from my parents. The spacecraft was first seen in an episode of the TV series Star Trek entitled "The Galileo Seven."

Of course this is hanging on my Star Trek Christmas Tree.

The Shuttlecraft Galileo has also been seen flying here:

Shuttlecraft Galileo On The Star Trek Christmas Tree 2012 by JD Hancock is licensed under a Creative Commons Attribution 3.0 Unported License. Permissions beyond the scope of this license may be available.