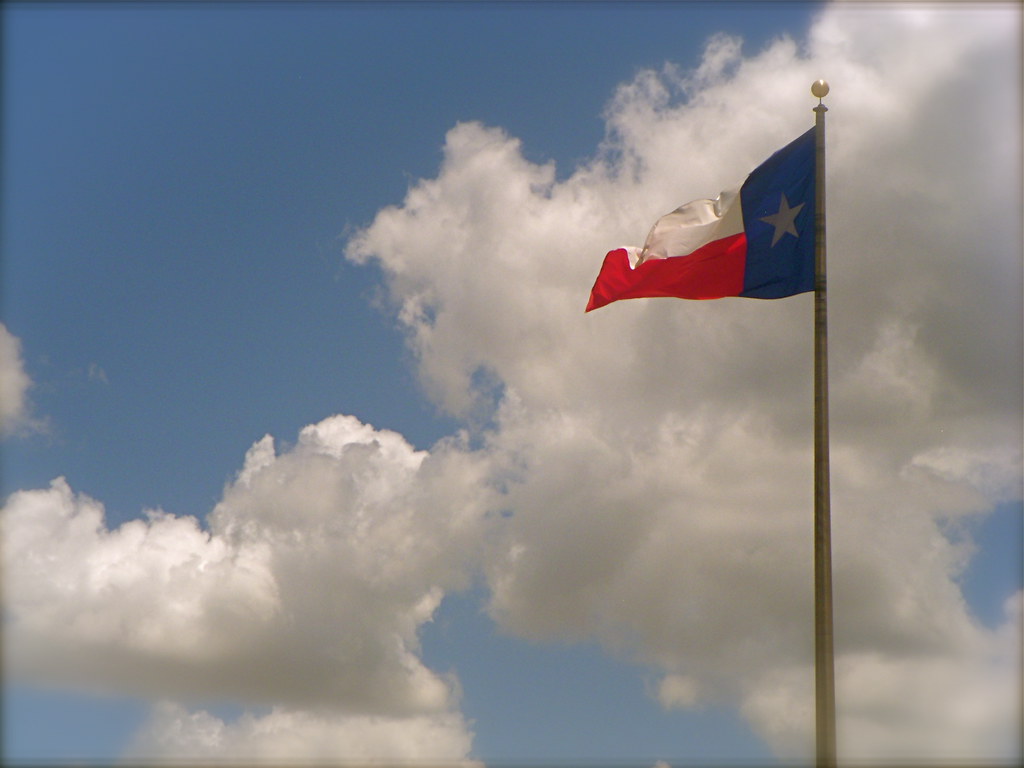 The colors of the Texas flag are symbolic: blue mean loyal, white means pure, and red means brave. The "lone star" represents independence, dating back to the days that Texas became an independent nation.

This particular flag flies in front of the Long Center for the Performing Arts in Austin, Texas. The sky was a deeper blue the day I captured this image, but I softened it a bit in iPhoto so the flag’s blue would stand out more.

Loyal, Pure, And Brave by JD Hancock is licensed under a Creative Commons Attribution 3.0 Unported License. Permissions beyond the scope of this license may be available.