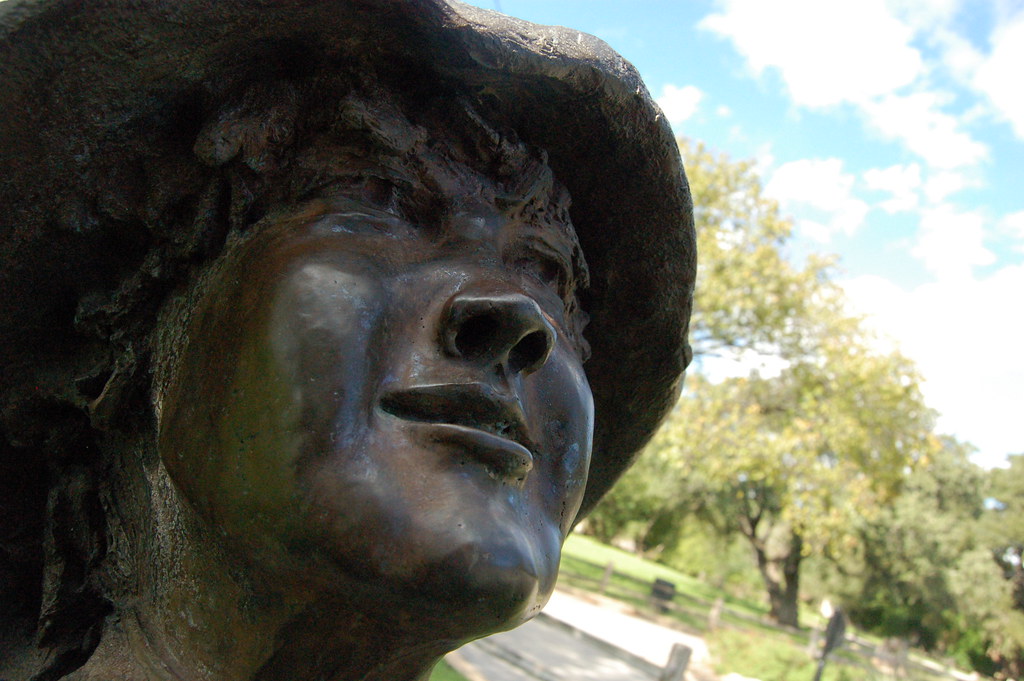 Jim Thomas sculpted many pieces on display in Chisholm Trail Park, Round Rock, Texas, including "The Pioneer Boy." The sculpture depicts Emmett Cluck, who travelled with his family along the Chisholm Trail as a boy in the late 1880s. He is credited for naming Cedar Park, Texas and in later years served as the postmaster for Cedar Park.

Cow Boy by JD Hancock is licensed under a Creative Commons Attribution 3.0 Unported License. Permissions beyond the scope of this license may be available.