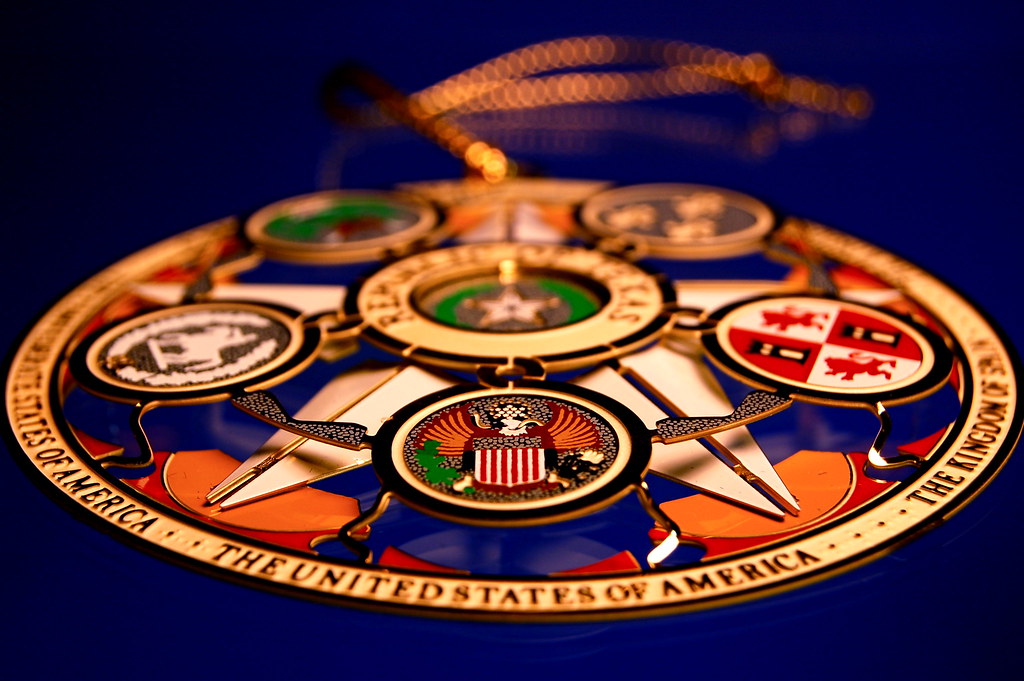 Close-up of the U.S. seal on the 2008 Texas State Capitol ornament.

Texas was an independent Republic before becoming part of its larger neighbor, the United States, in 1845. The U.S. seal commemorates the thirteen original states with 13 stripes, 13 stars, 13 arrows, and 13 leaves on the olive branch.

The ornament reflects one of the most beautiful architectural designs of the Texas State Capitol: the terrazzo flooring of the Rotunda beneath the Capitol dome.

Sealing The Deal by JD Hancock is licensed under a Creative Commons Attribution 3.0 Unported License. Permissions beyond the scope of this license may be available.