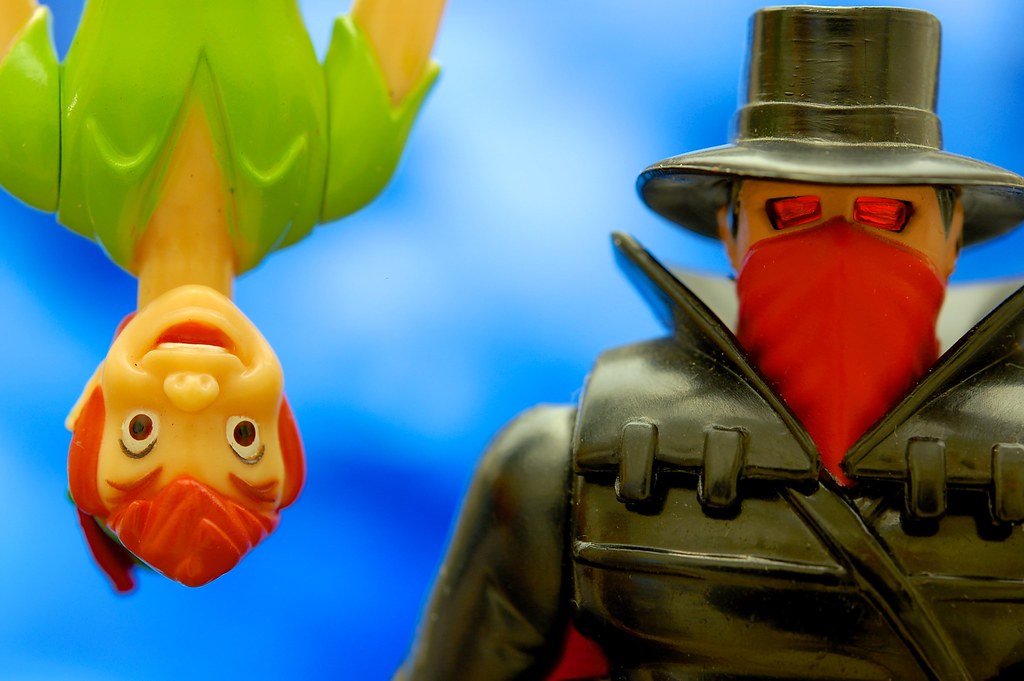 My Shadow and Me

Close-up of Peter Pan and The Shadow action figures. I imagine Peter Pan singing this song:

Me and me shadow, My shadow and me. We’re always together Close as can be.

We make pictures On the floor and the walls, Like rabbits and dogs, And that’s not all!

Wherever we go We’ve got company. Me and my shadow My shadow and me!</em>

Photo submitted to the Flickr group Macro Mondays for the “It’s All About the Shadow” theme.

The inspiration for this photo came from the weekly theme for the Macro Mondays Flickr group “It’s All About the Shadow,” which made me think about the pulp hero The Shadow as well as the shadow song from Disney’s Peter Pan.

The Shadow is standing on the elevated black shelf that I often use for my photos. Peter Pan is suspended beside him with the help of a clothespin, a jeweler’s “third hand” tool, and a clear plastic cup. A large circular diffuser is positioned over the scene, softening the ambient light in the room. 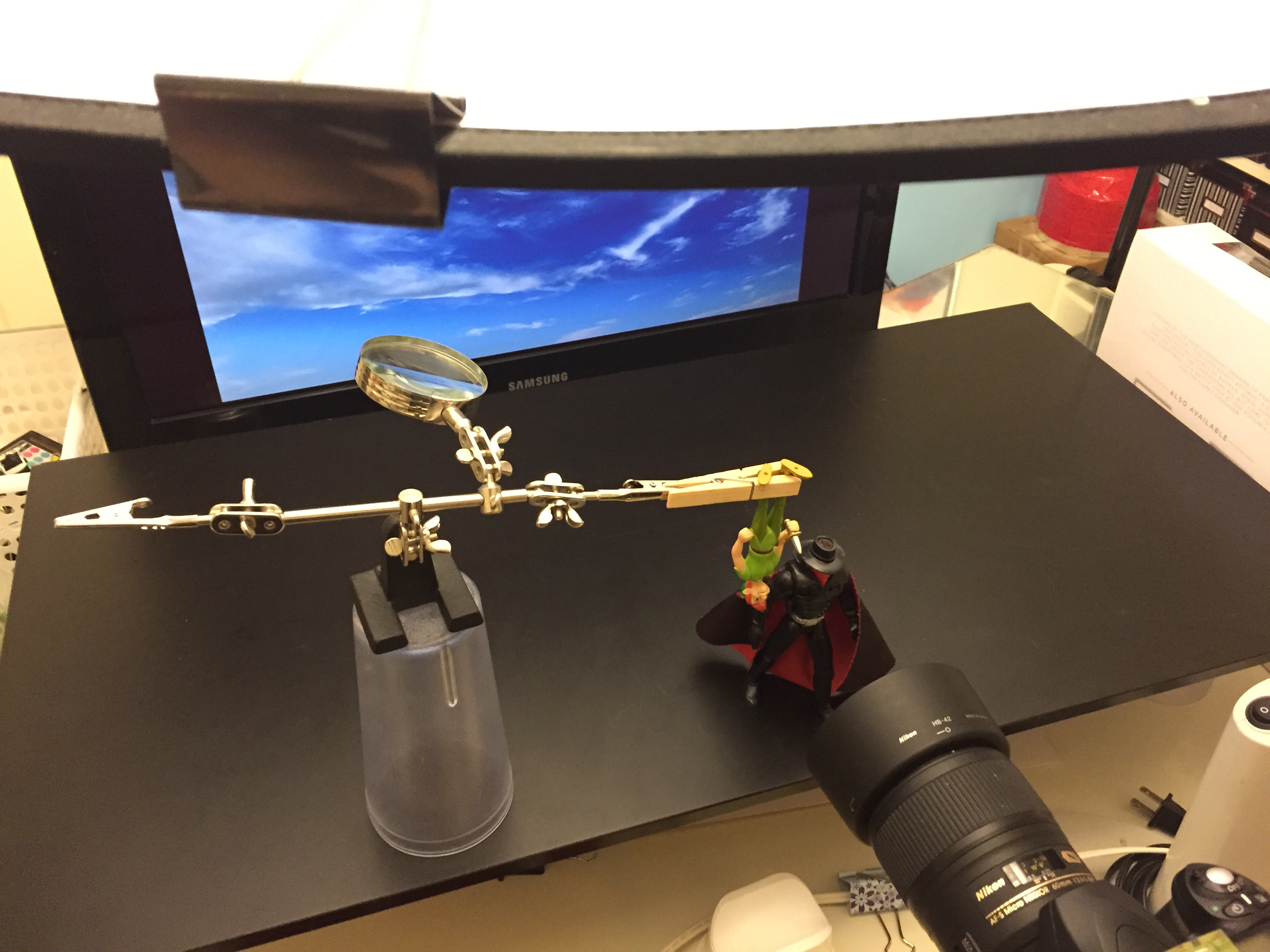 The backdrop is a photo of clouds that I took in 2009, projected onto a television from my laptop via an Apple TV. 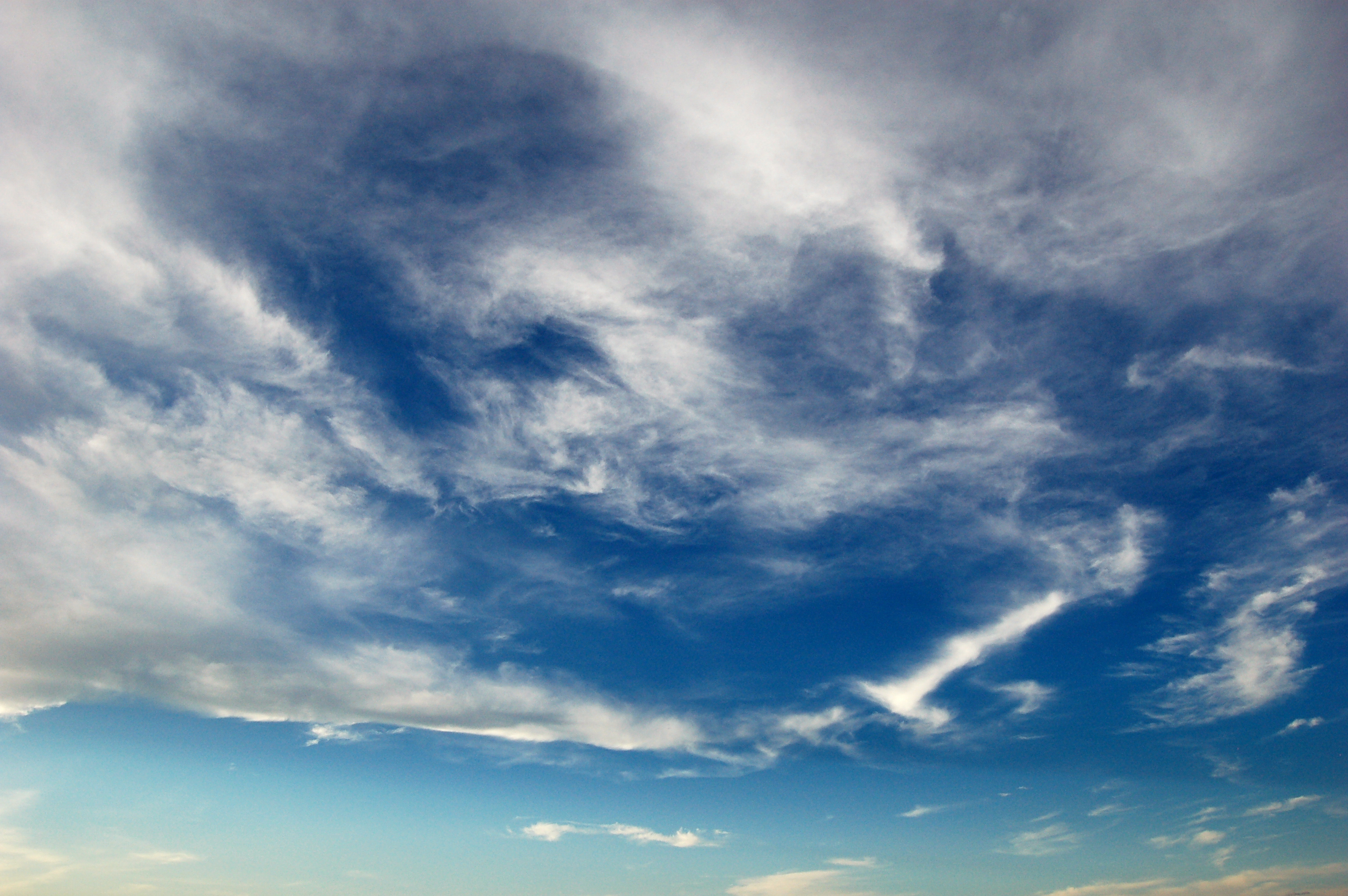 The Shadow’s red eyes will glow if you shine a light into the top of his hat. Initially I thought this might look cool, and I do like the effect, but I found it a little too distracting for this photo. 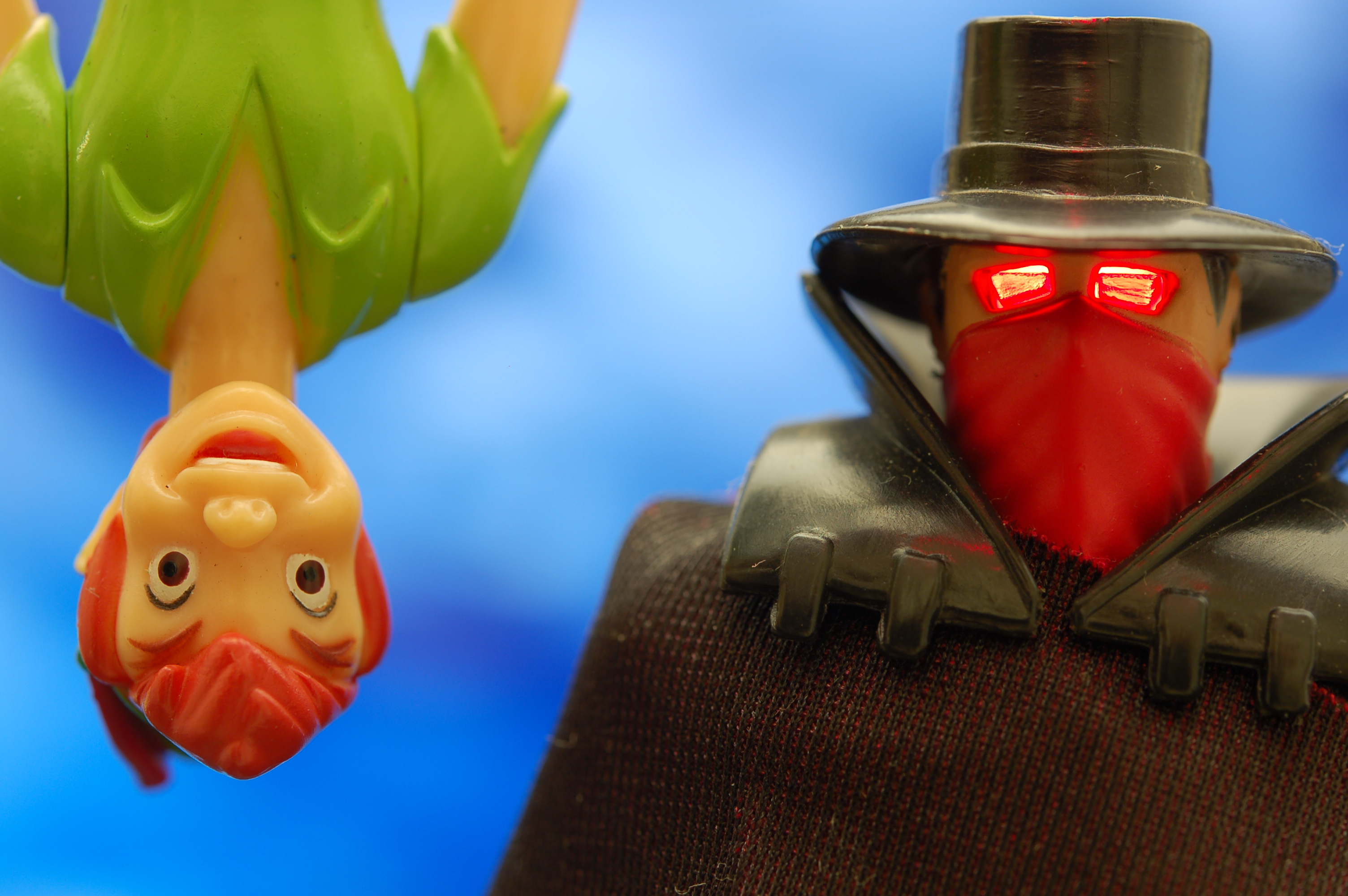 My Shadow and Me by JD Hancock is licensed under a Creative Commons Attribution 3.0 Unported License. Permissions beyond the scope of this license may be available.