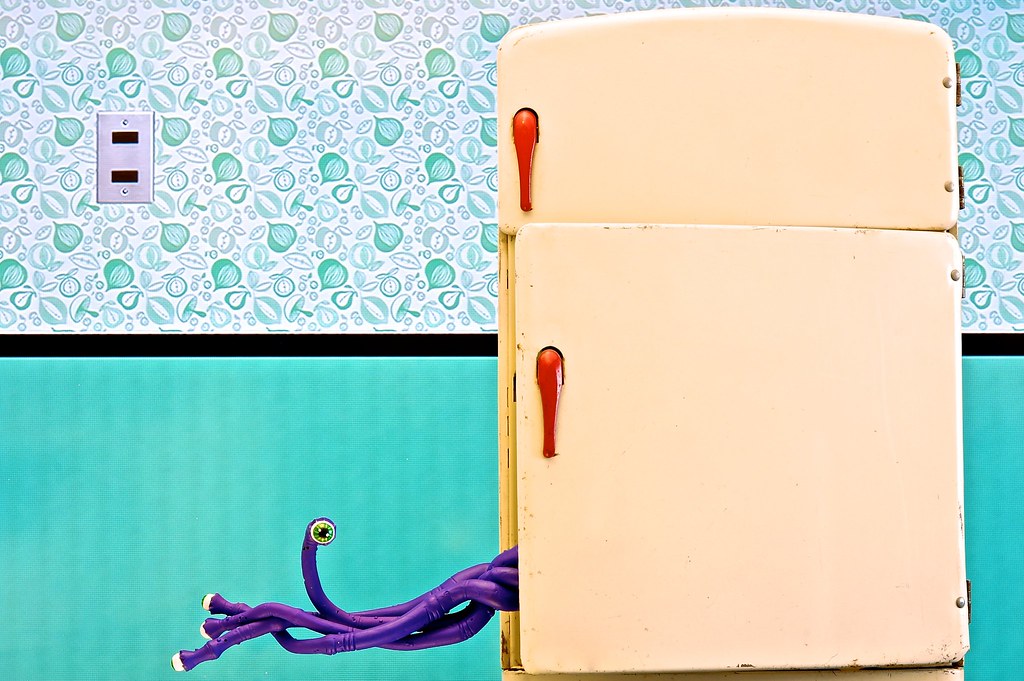 This photo was inspired by the “Weird Al” Yankovic song Livin’ in the Fridge.

The refrigerator sits on an elevated black shelf. The creature is attached with a clothespin and binder clips to one of the shelves inside the fridge. A mirror on the shelf reflects light up to the creature. A large circular diffuser (the edge of which is visible in the setup photo) is positioned above the scene, softening the ambient light in the room. 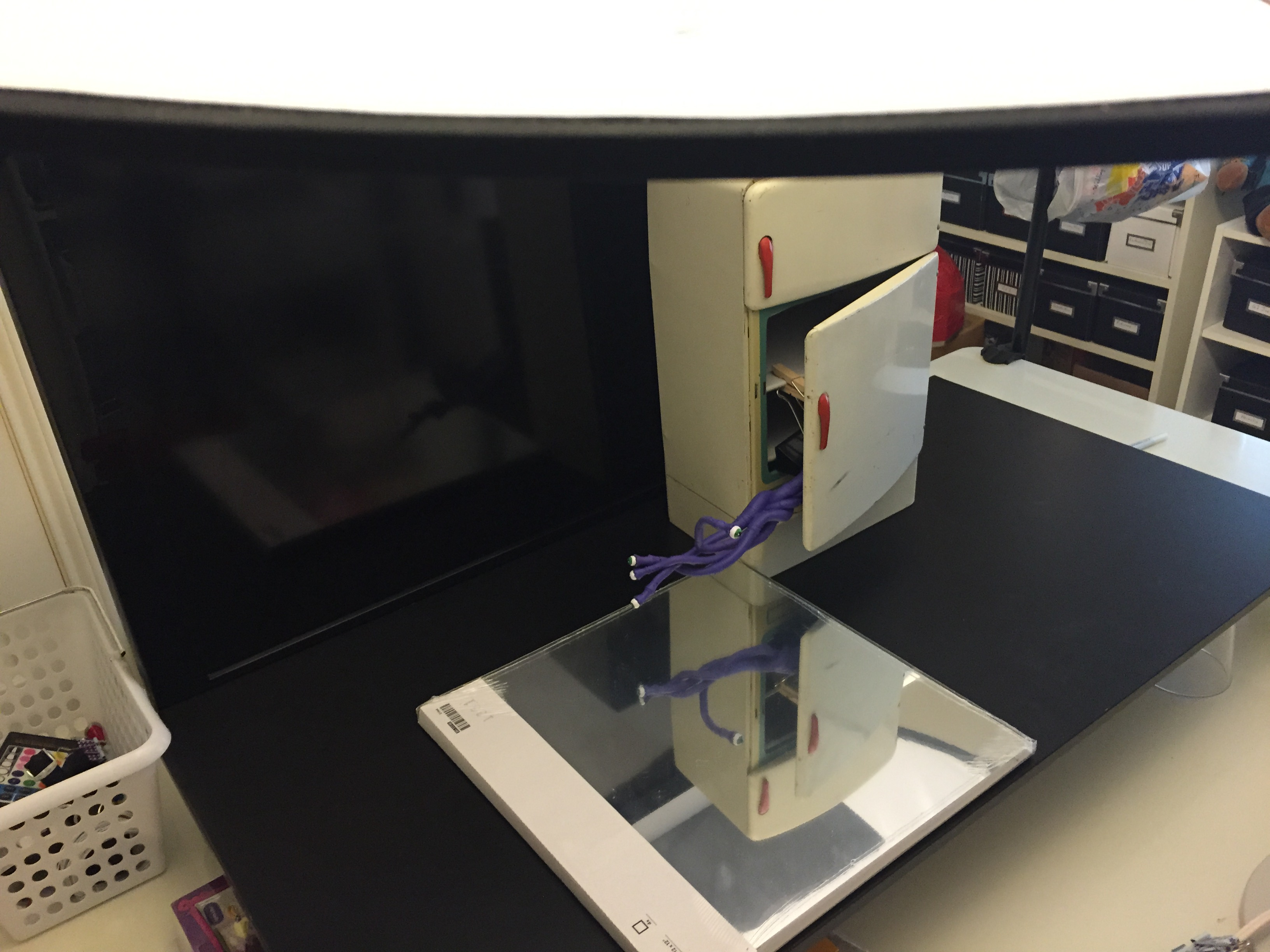 The backdrop is an image I created in Photoshop based on some vintage wallpaper. The image is projected onto a television from my laptop via an Apple TV.

Initially I was going to have the creature coming out of the middle of the refrigerator, but I decided having him heading toward the floor was more creepy. 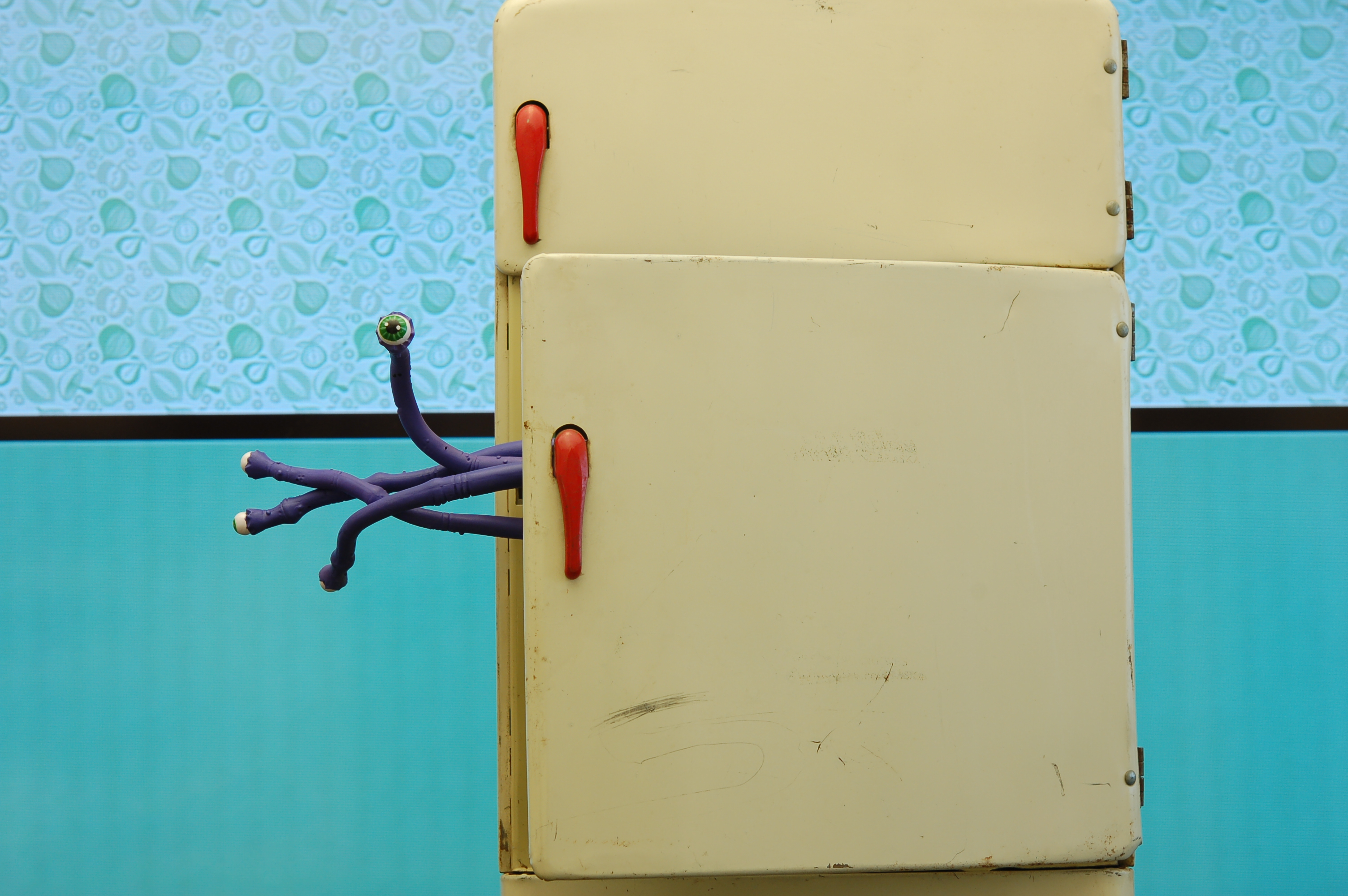 Leftovers by JD Hancock is licensed under a Creative Commons Attribution 3.0 Unported License. Permissions beyond the scope of this license may be available.